She was born in Athens, Greece by Cretan parents. The traditionalfolk sounds of Crete, an island with a rich musical tradition, lie deep within her DNA. At the age of twelve she startsstudying the lyra - an ancient greek instrument still used mainlyin folk music - and decides to become a musician. She goes into further musical studies: piano, vocals, music theory.
At 16, Georgia is already a renowned representative of the Cretanfolk music scene, one of the few women who have mastered the lyra, a predominanlty male instrument.
Having the traditional music of Crete as a heritage and accompanied by her lyra, she starts exploring contemporary greek music paths. She is constantly experimenting with various sounds, from contemporary folk music to rock and jazz, creating a unique and personal musical identity.
She collaborates with many great Greek musicians such as Nikos Xydakis,Vassilis Papakonstantinou, Orfeas Peridis, Vassilis Lekas, Yiannis Spathas, Yiannis Koutras,Goran Bregovic,Μanolis lidakis,the actor Nikos Kalogeropoulos, Evanthia Remboutsika,
Panagiotis Kalantzopoulos, Antonis Mitzelos, Nikos Zoudiaris. She participated in the 2009 European Tour of the legendary Eric Burdon, who incorporated Georgia’s lyra in his “Athens Traffic Live” album.
Georgia’s distinctive sound is evident throughout her recordingsfrom her first album At the edge of this world which has a purely Cretan folk sound, to Secret love a German produced album for the european market, to her new personal album that is coming out shortly.
Georgia Dagaki and her band give concerts all over Greece. These live performances transcend the boundaries of traditional music. Georgia sings and accompanies with her lyra not only favourite songs from her personal repertoire, but also inspired cover versions of songs by great Greek composers like Hatzidakis, Xarchakos, Moutsis, Savopoulos, Assimos, as well as Papakonstantinou, Zoudiaris, Pavlidis and many more. 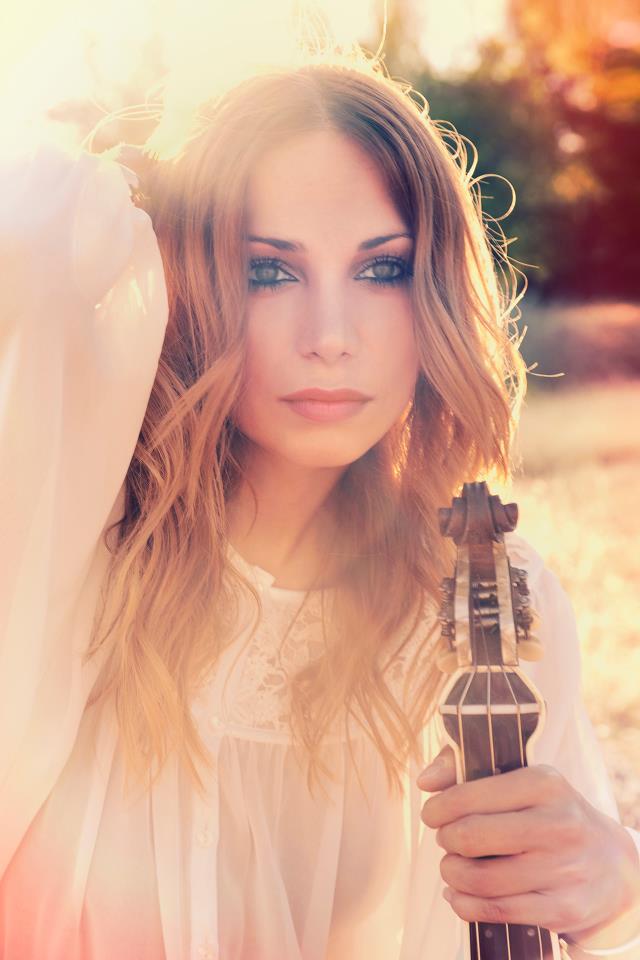