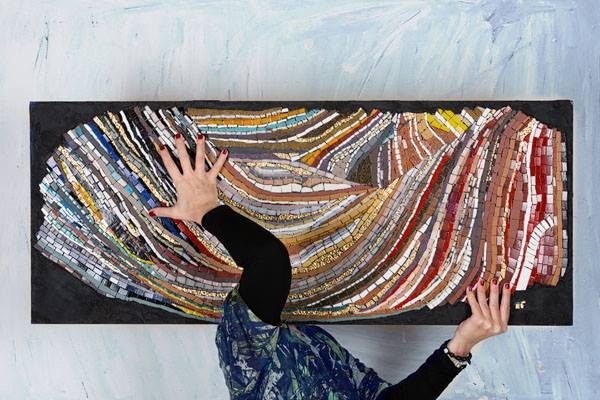 The process of creating a Mosaic is what is important to Olga Goulandris, the selection of one tessera over the another, the decisions that evolve from every choice and the discoveries made along with cutting techniques.
The distance between the Byzantine technique that Olga studied, and Contemporary Mosaic is not greater than the space from one tessera to another.
Her creative process is “Intuitive Mosaic” which involves no planning , a constant search for textures, a  learning process of color and mixing of different materials .
Olga Goulandris had several Solo and group Exhibitions, in Greece and abroad and is considered the only representative of Contemporary Mosaic in Greece.
Her architectural installations were featured in several International Magazines such as Maison Decoration and Casa Vogue.In 2011 her work (Excavation I ) was selected to be printed for a limited edition into a silk foulard. It is only natural that her mosaic tapestry was among the works in the Biennale 2013 right across the island of Delos where amazing Mosaics live and breathe for centuries. 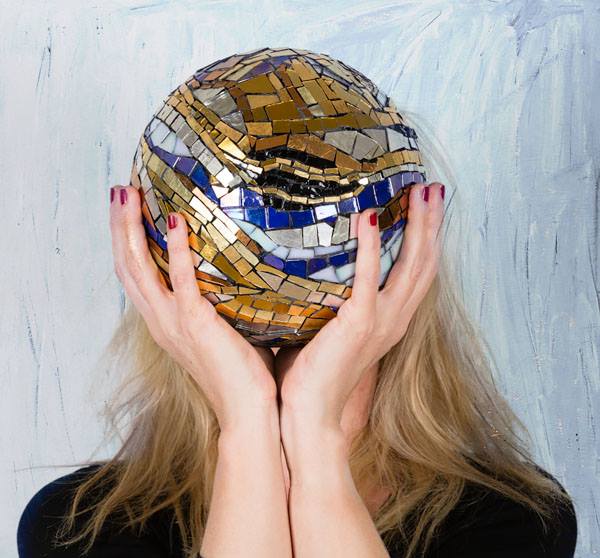 A sphere from Greek Σφαῖρα — Sphaira, "globe, ball" is a perfectly round geometrical and circular object in three-dimensional space that resembles the shape of a completely round ball.
Sphere... Global, a Circle that never ends...
My Sphere sculptures in an exterior environment, photographed by me, a project that I do not know where the "sphere" will take me ... 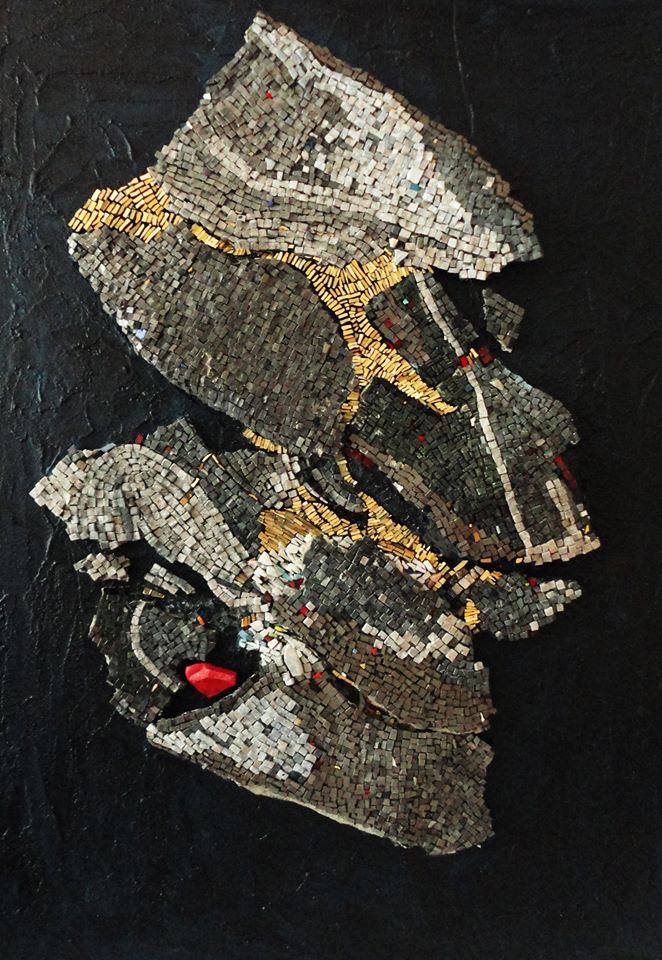 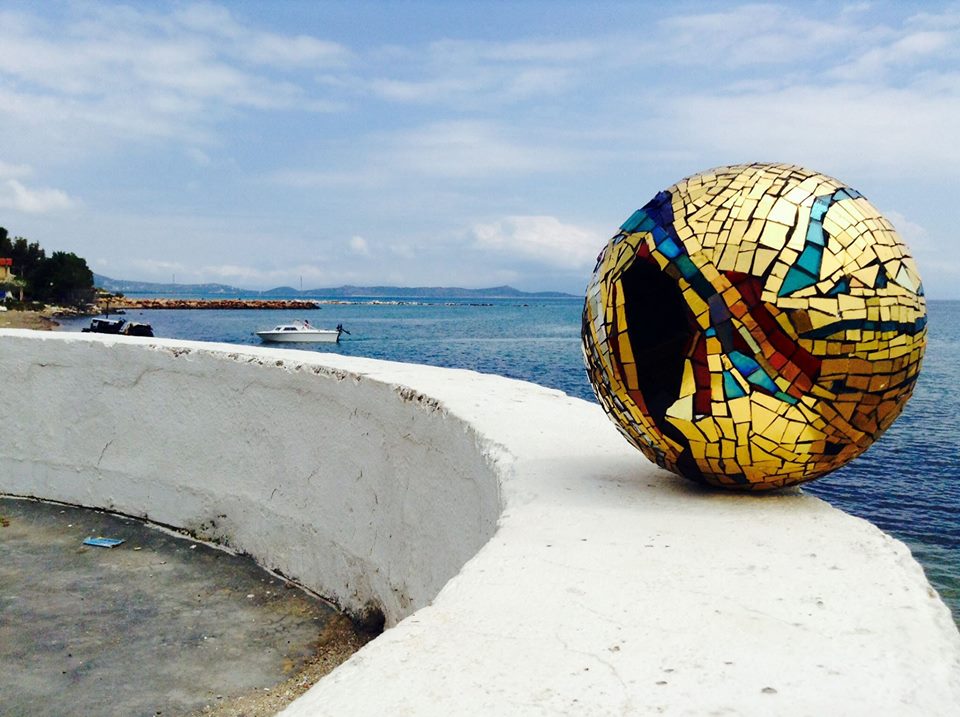 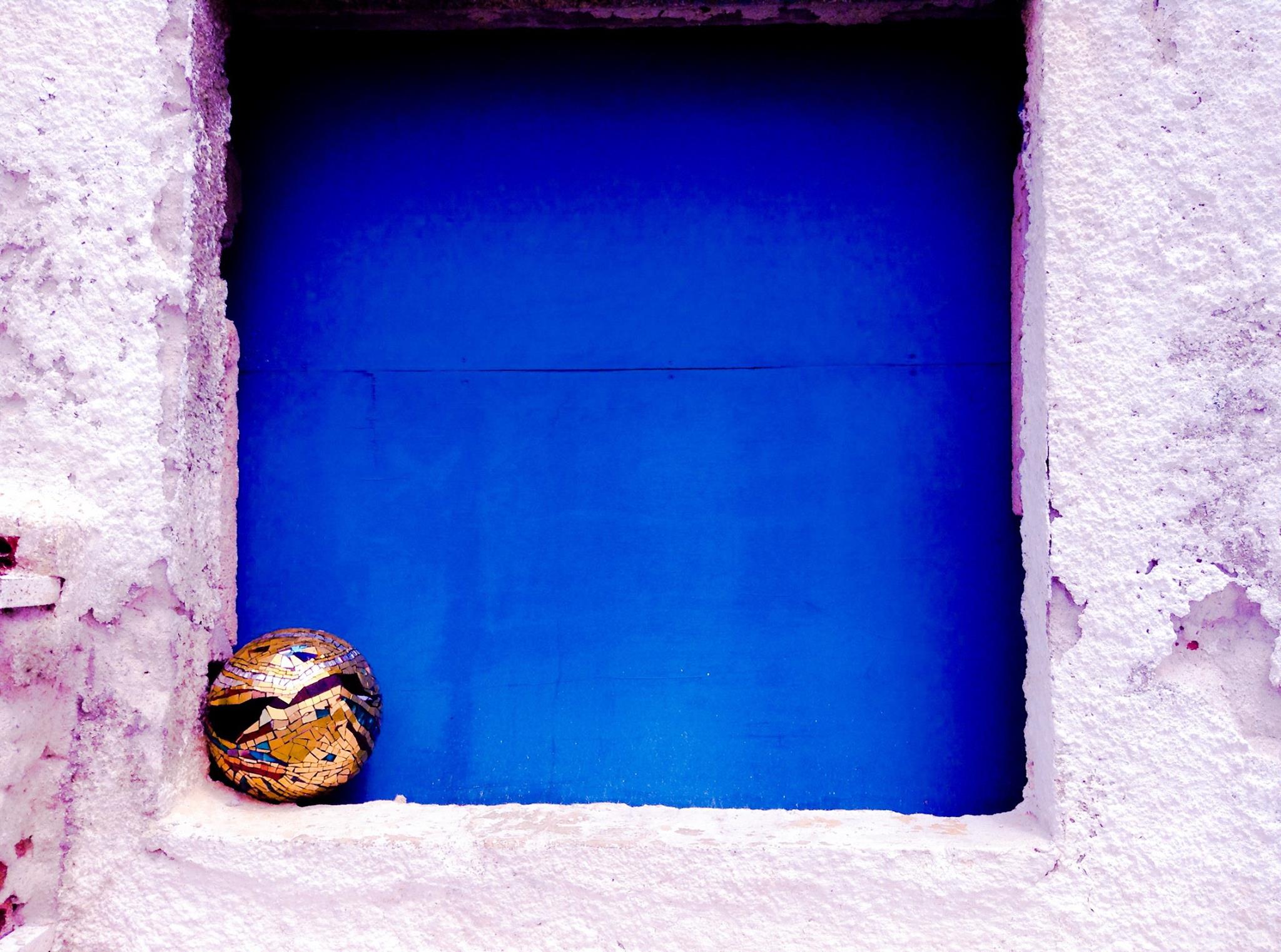 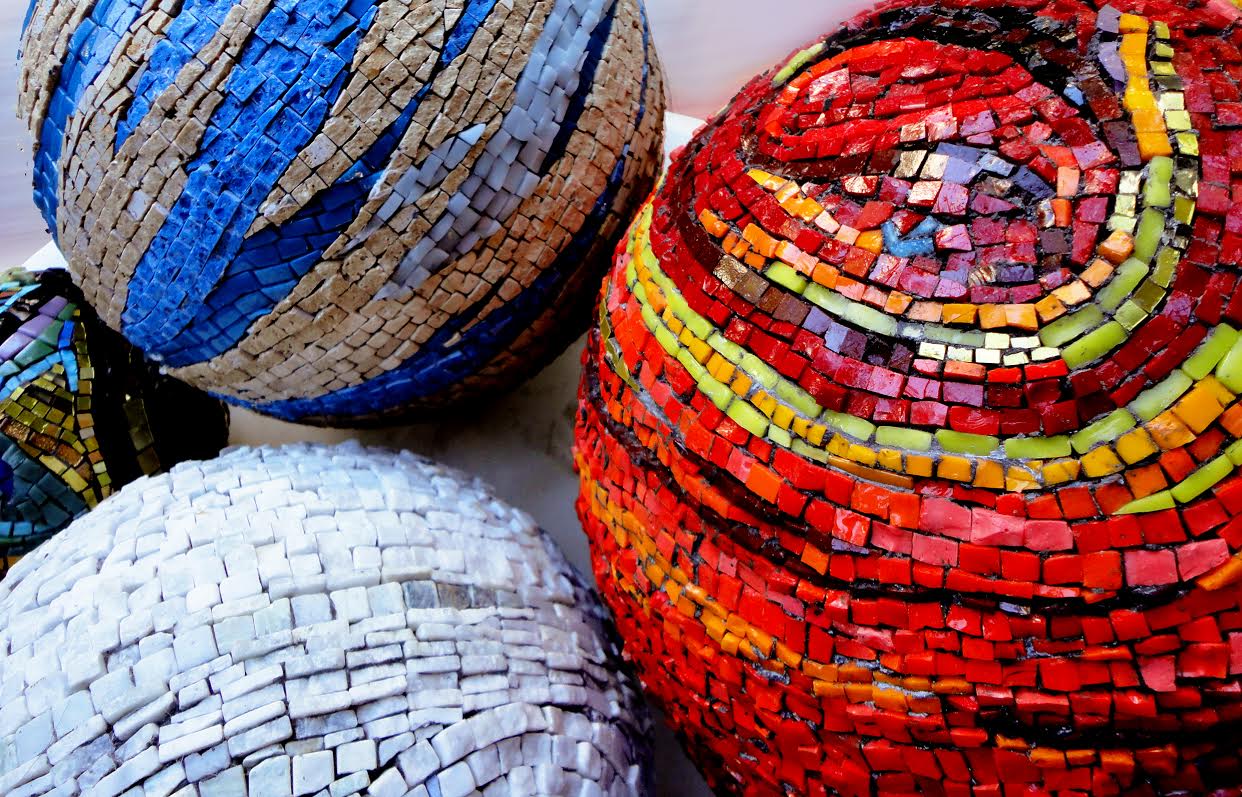