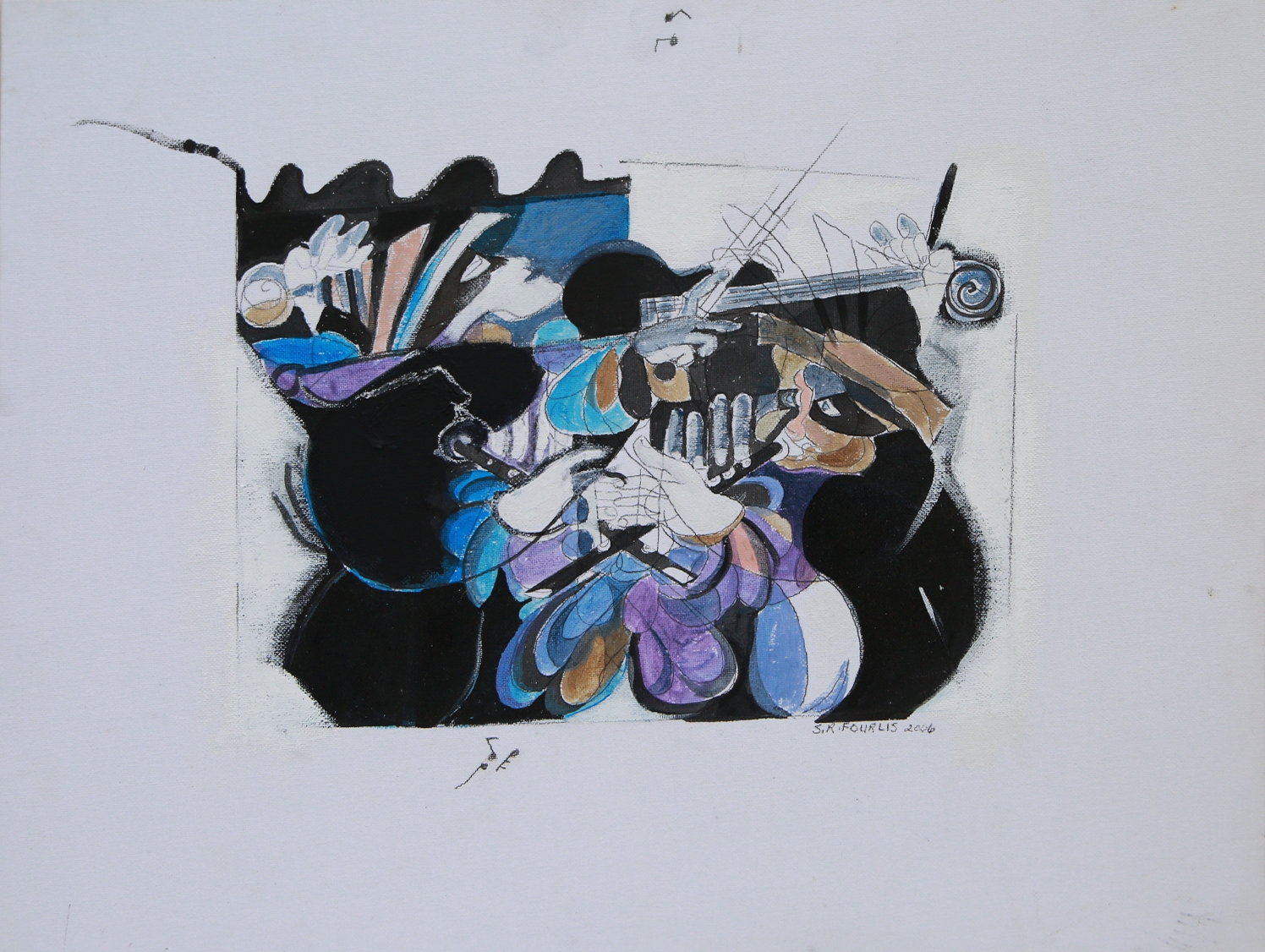 In the series "Let the Music Play" and "Opa (dancing)", the protagonists are dancing figures. Where does their dance take place? Maybe in a celebration in ancient Greece or in a Dionysian celebration or maybe this celebration exists in a nontemporal place.

If the God Panas is responsible for all this, the viewer will decide.

In the series "Cellphone-mania" we meet the artist's reflection on the new mania of our times, which pushes her to freely paint portraits of women - charcoal figures.

The period "Swimming" and "Hammam", includes sketches on paper, where the bodies float in the center on an intact surface. There are fewer direct references to the landscape, although the figures coexist with the landscape harmoniously.

Finally, during the quarantine period, Sandra Fourlis works on vintage busts combining oil, acrylic, cement mortar and other materials. These projects will be the "Lockdown Project" series.

Sandra Fourlis’ art is an experimentation of abstract moving figures, both male and female, with pencil, charcoal and acrylic on canvas or wooden boards.

Her airy figures are inspired by the past, mainly by Greek culture and mythology, by the dance, the female body but also by contemporary themes.

Her dominant style is influenced by cubism and her work is spontaneous, simplistic, abstract with colorful wide strokes, expressive, relaxed, playful, with musicality and movement.

Sandra Fourlis does not want her art to bother or burden anyone, but to bring a happy message, to leave a mark of a perpetual dance, of a tireless troupe that tours in the summertime through the centuries.

Born on 21st of September in 1941 in Boston, Massachusetts, Sandra Fourlis is a multidimensional artist.  From 1960 to 1964 she studied graphic arts at the School of the Boston Museum of Fine Arts -SMFA- under the guidance of great teachers, including Panos Gikas.

During her lifetime there, she worked as a children's book illustrator for Allyn & Bacon, was a member of Barker and Black Commercial Studios Boston, and was invited to present her paintings at a group exhibition at “The Charles Street Gallery” in Beacon Hill, Boston in 1964,

and participated in many more art exhibitions.

Since 1965 Sandra Fourlis has been living and working in Athens, which has been the most productive period of her artistic activity. The greek public became acquainted with her work, through her collaboration with an art dealer, for 8 years, during the 1980s.

In 1986 she organized a charity auction at the “Goulandris Museum of Natural History”, in collaboration with “The American Women of Greece-AWOG", while in 2008 she participated in "Silent Dialogues: Multimedia Portraits Throughout Time" at the "ACG Gallery of the American College of Greece".

In the recent period she is preparing her book entitled "A Half-century of Being Greek, Sandra R. Fourlis' Art and Design".

“Chained to the Rhythm | 4 periods” 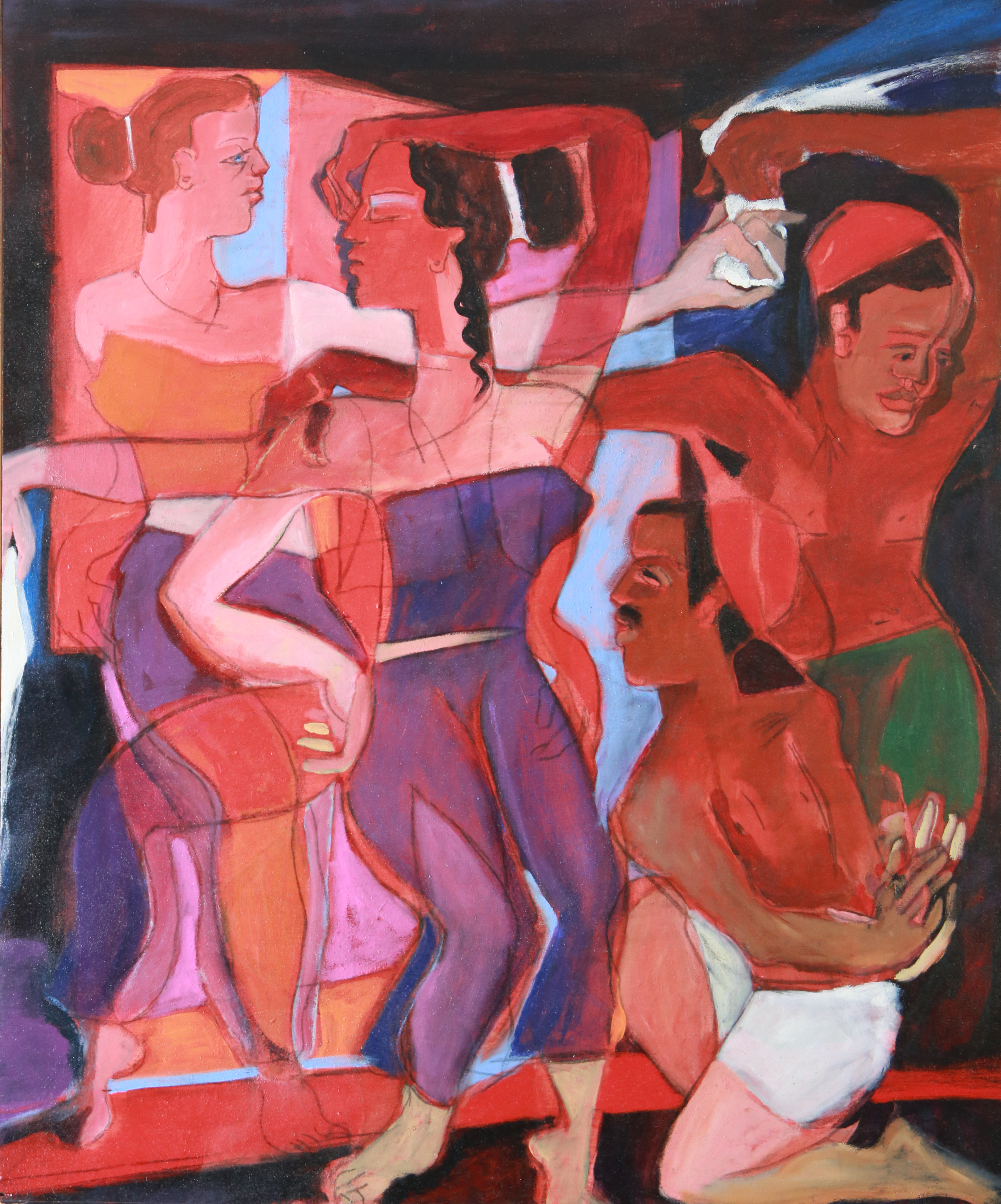 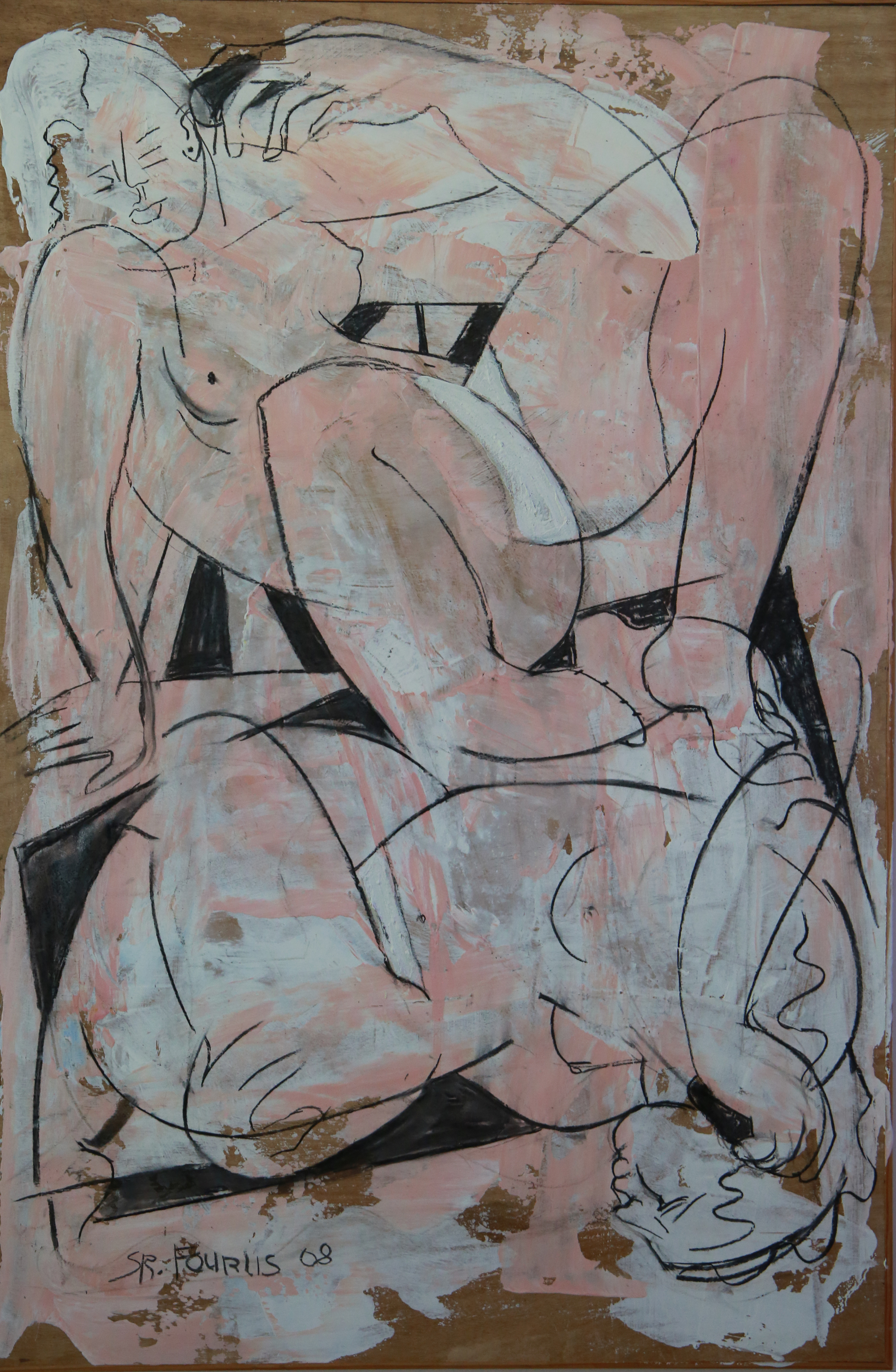 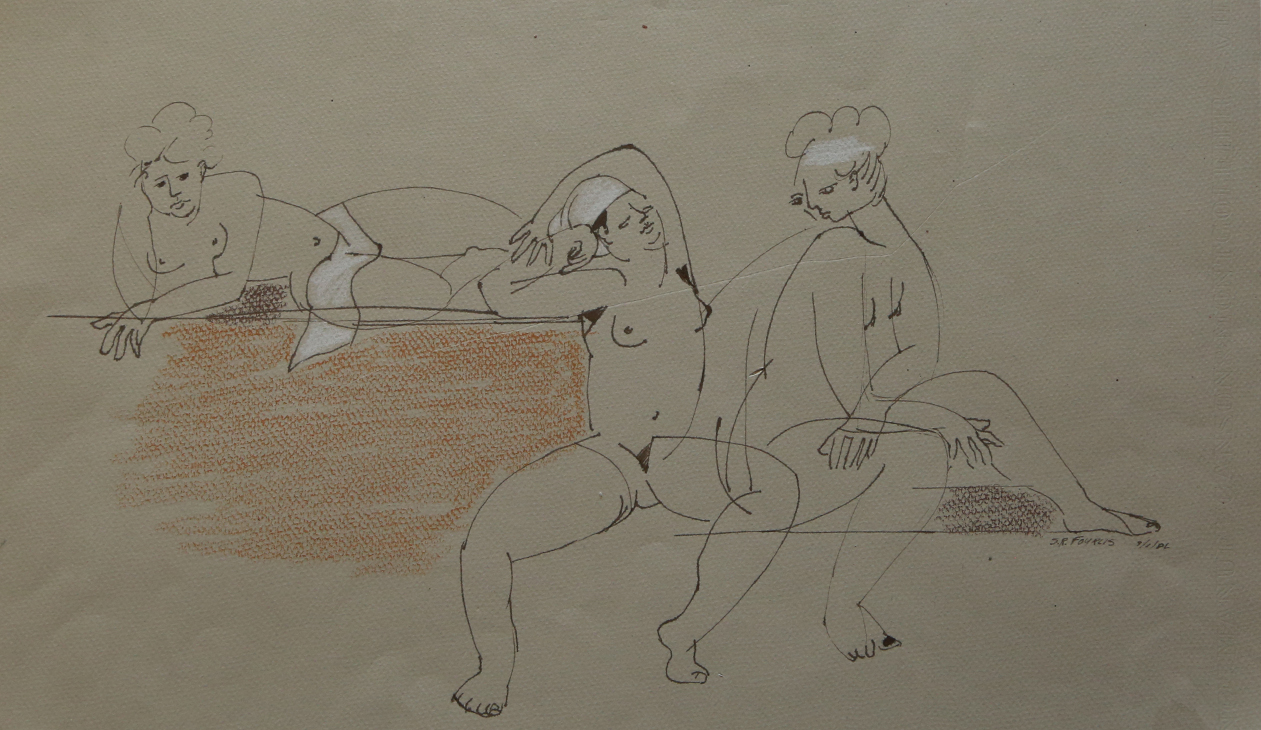