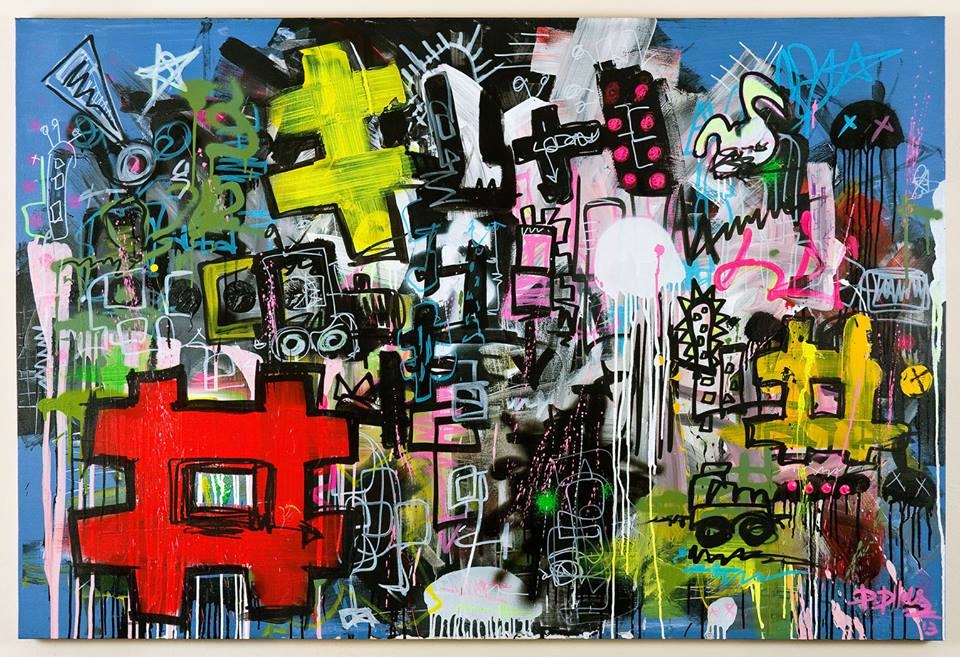 Ηe is inspired by everyday life, the people he meets, incidents and situations he observes.

Dallas works with spray, acrylic, markers and spatulas improvising on his characters and symbolisms. The repeating patterns encode his feelings.

The fluidity and the sense of movement exuded by his work, express the energy that surrounds and configures the artistic creation. 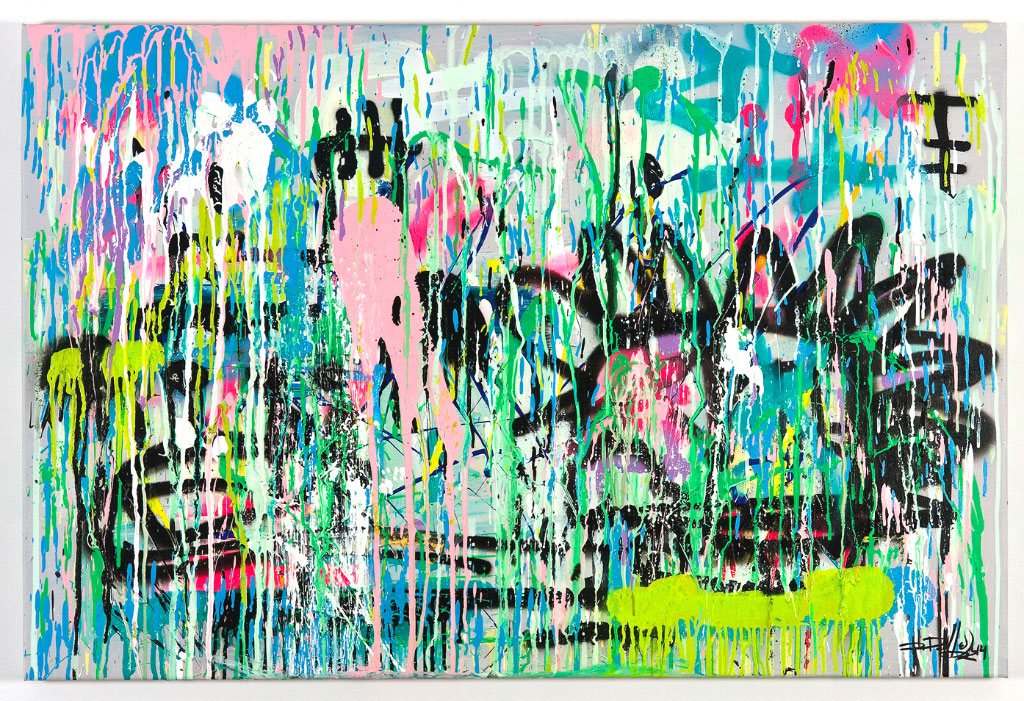 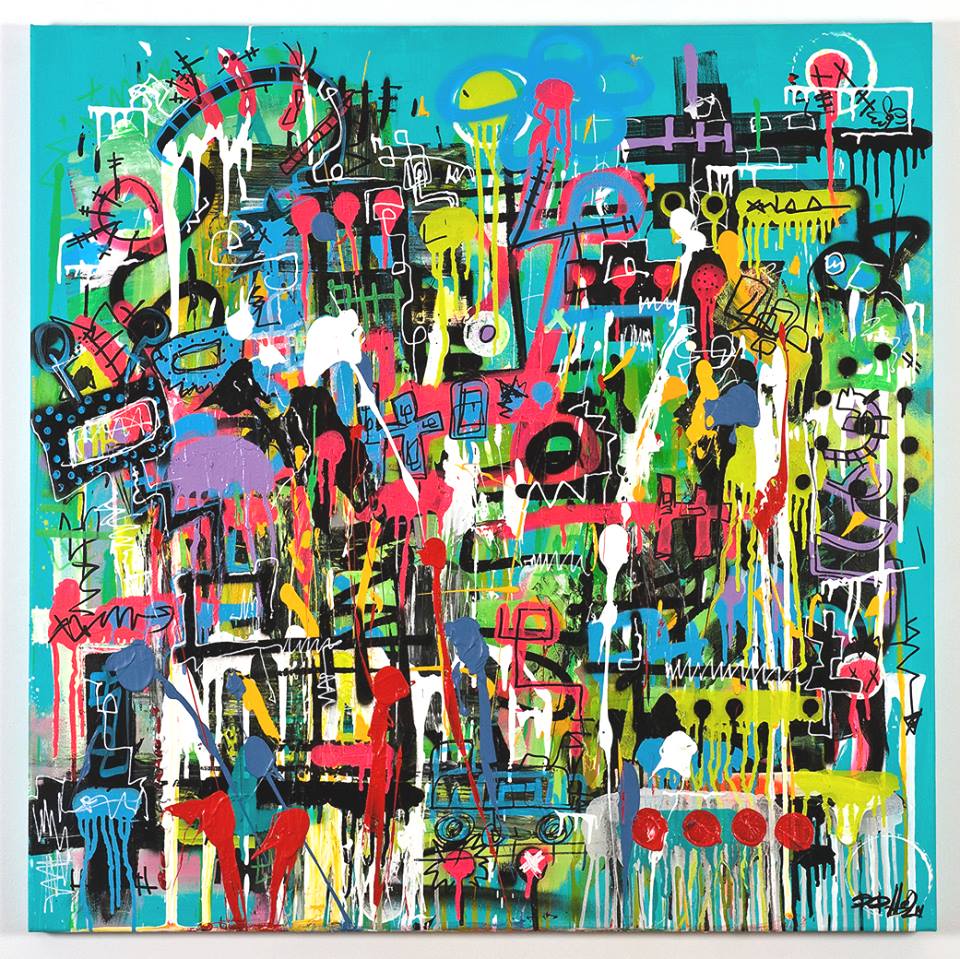 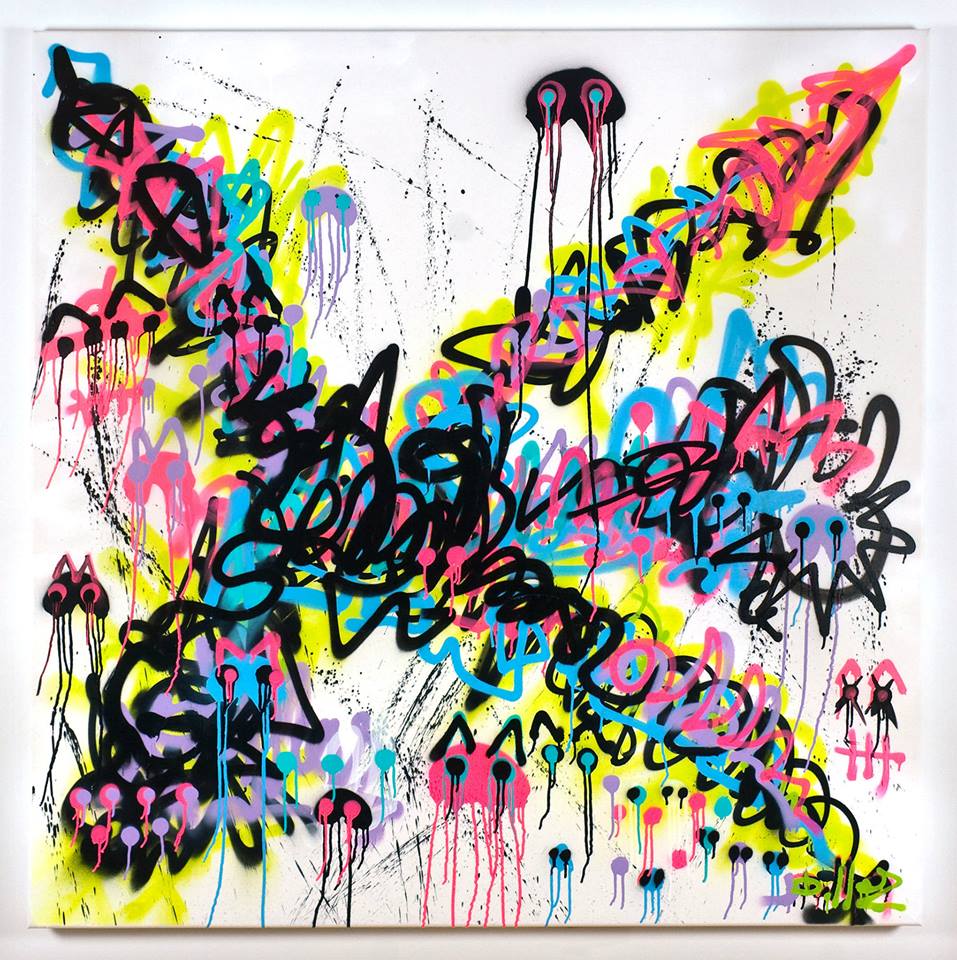 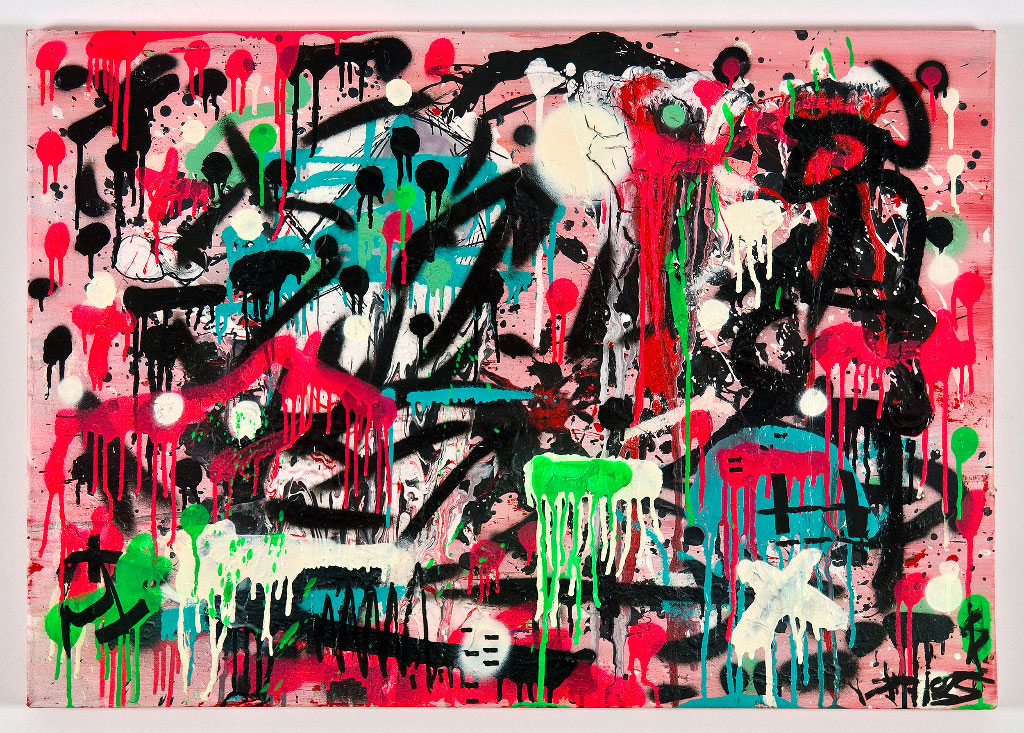