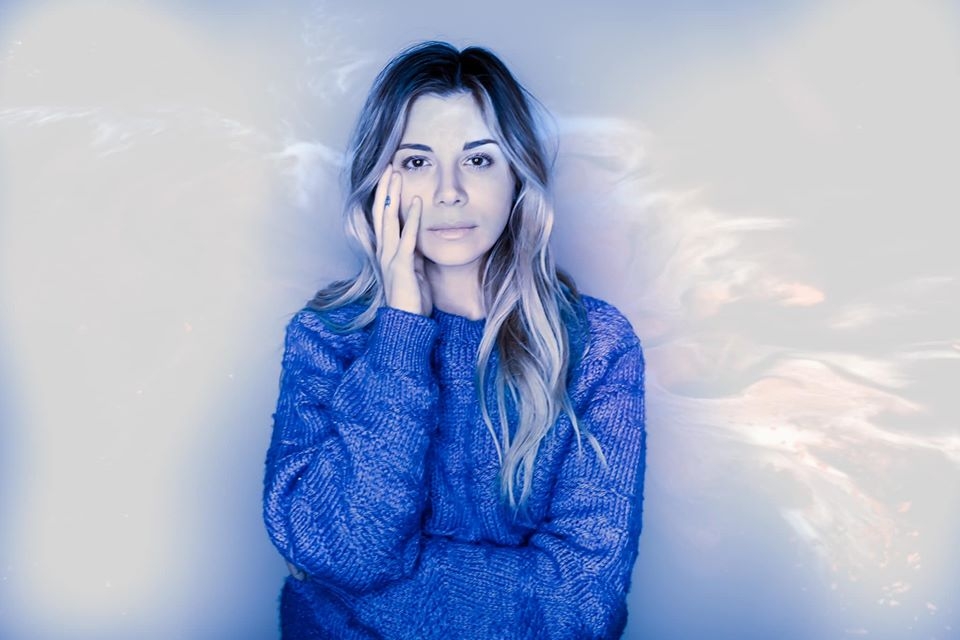 In matters of love, should you rely on your heart or your head? This is the question Christina Perri posed as she began writing her second album, a collection of cathartic songs that seek to reconcile how we make decisions in love and life. The singer’s first album, lovestrong., grappled with the aftermath of a breakup, signaling Perri as an honest, genuine artist ready to share her emotional journey with her fans. That disc, released in 2011, was bolstered by the success of Perri’s single “Jar of Hearts” and led the musician into nine tours over 27 months. Her final show supporting lovestrong. took place on October 9, 2012 at Los Angeles’s iconic Hollywood Bowl with Jason Mraz. Two weeks later, Perri penned the first song for head or heart, her second album.

“The thing about me is that I don’t know how not to write,” Perri says. “Because I continue to fall in and out of love, I find myself often at those massive highs and lows. I wrote ideas for album two but I never called it album two. Those were songs that were getting me through tour. But when I came home I wrote a song called ‘Trust’ and I had an epiphany. I’ve tried trusting my heart, I’ve tried trusting my head and I feel as though I’ve chosen wrong each time. I knew the album had to be called head or heart and half the songs would be heart songs and half would be head songs. That was the moment when it began for me creatively and conceptually.”

Perri spent two months writing and demoing on her own toward the end of 2012 before spending several months in early 2013 writing with nearly 30 co-writers. She said yes to any collaboration, refusing to get in her own creative way (“I wanted to play a game called ‘Yes,’ the singer explains). Perri emerged from these ongoing sessions in Spring with nearly 50 possible songs for head or heart. The musician knew immediately which to take into the studio, mostly because instinctually she knew which songs fit together to create the overall picture she wanted the album to paint. A big factor in the song selection was also a concern for how they would translate onstage, particularly since Perri toured so extensively on her debut.

The singer chose 16 to record and flew to London to meet with producer Jake Gosling (Ed Sheeran). Perri initially intended to lay down one track with Gosling, but ended up staying at his farm in Bagshot, U.K. for the summer to record in his “tiny shack of a studio.” The pair crafted nine of the album’s 13 songs together and finished recording back in Los Angeles in August. There Perri also recorded with Butch Walker, John Hill and Martin Johnson. Her final number, “I Don’t Want to Break,” was co-written with fun.’s Jack Antonoff, who co-produced the track with Hill in New York at famed Electric Lady Studios.

The album opens with “Trust,” a searching, evocative number that poses the album’s ultimate question. For Perri, “trust” is the question and all the songs that follow are her possible answers. The haunting, propulsive “Sea of Lovers” began as a poem that Perri transformed into a song while “Human,” the album’s buoyant first single, surges with inspirational urgency. head or heart closes with sincere poignancy, on a track called “I Believe” that Perri wrote for an event thrown by charity To Write Love On Her Arms. The song, largely based around affirmations, went viral after her performance at the event and wrote itself onto the album. The song – and the album itself – aptly concludes with the line “This is not the end of me/This is just the beginning.”

“I knew the only way to make my second album work was to tell the truth,” Perri says. “I’m not pretending I’ve figured it out. I’m bringing everyone along for the journey of my heart and my head and these songs are what happened, but I don’t know the way to trust both. I think that’s the answer – to trust both – but I haven’t figured out how to do that yet. The way I’ve stayed authentic is by being completely honest. The healing for me comes from playing songs live. There are stitches that don’t get stitched until I do that. I look forward to seeing what these songs do emotionally for me in the next few years.”

These songs, in many ways, feel like a logical extension of lovestrong., an album that first allowed Perri to open her heart to the world. The singer’s career bounded forward after Perri performed her triple-platinum single “Jar of Hearts” on So You Think You Can Dance. She quickly found herself signed to Atlantic Records, creating her debut album, a bittersweet collection of songs about love and loss thereof. Produced by GRAMMY®-winning producer Joe Chiccarelli (The White Stripes, My Morning Jacket) – lovestrong. entered the SoundScan/Billboard 200 among the top 5 upon its initial release, while also proving an unqualified international sensation with top 5 success in Australia and Ireland as well as top 10 sales in Canada and the United Kingdom. Perri was named as iTunes’ “Breakthrough Pop Artist of 2011.” This was followed by the 4x-platinum single “A Thousand Years” which was featured on Summit Entertainment/Chop Shop/Atlantic’s
The Twilight Saga: Breaking Dawn –Part 1&2-Original Motion Picture Soundtracks.

It was a whirlwind and it’s brought Perri to where she is now. The singer has embraced the platform success brings and spends any possible moment involved with several nonprofit and charity organizations. She remains deeply involved with To Write Love On Her Arms, which helps people dealing with suicidal thoughts, and visits children’s hospitals to spend time with kids grappling with depression. She’s also on the board of the Voice Health Institute, an organization she became involved with after going through vocal chord surgery in 2011.

head or heart asks a question and offers a possible responses to that query. It seeks to understand the reality of love and how we process it. It contains thoughts we’ve all thought, articulated more clearly in Perri’s strikingly compelling music and powerhouse vocals. For Perri, this album reflects where she is right now, what she’s experiencing in the present and resonates with her genuine truth. Mostly, though, it opens her to the chapter.

“All my dreams came true when touring on lovestrong.,” the singer says. “And now I’ve dreamt up all new dreams. I’m excited most because I don’t know what’s going to happen. Three years ago I was working at a café so who knows where I’ll be in three more years. I have this album and everything else is a surprise.”