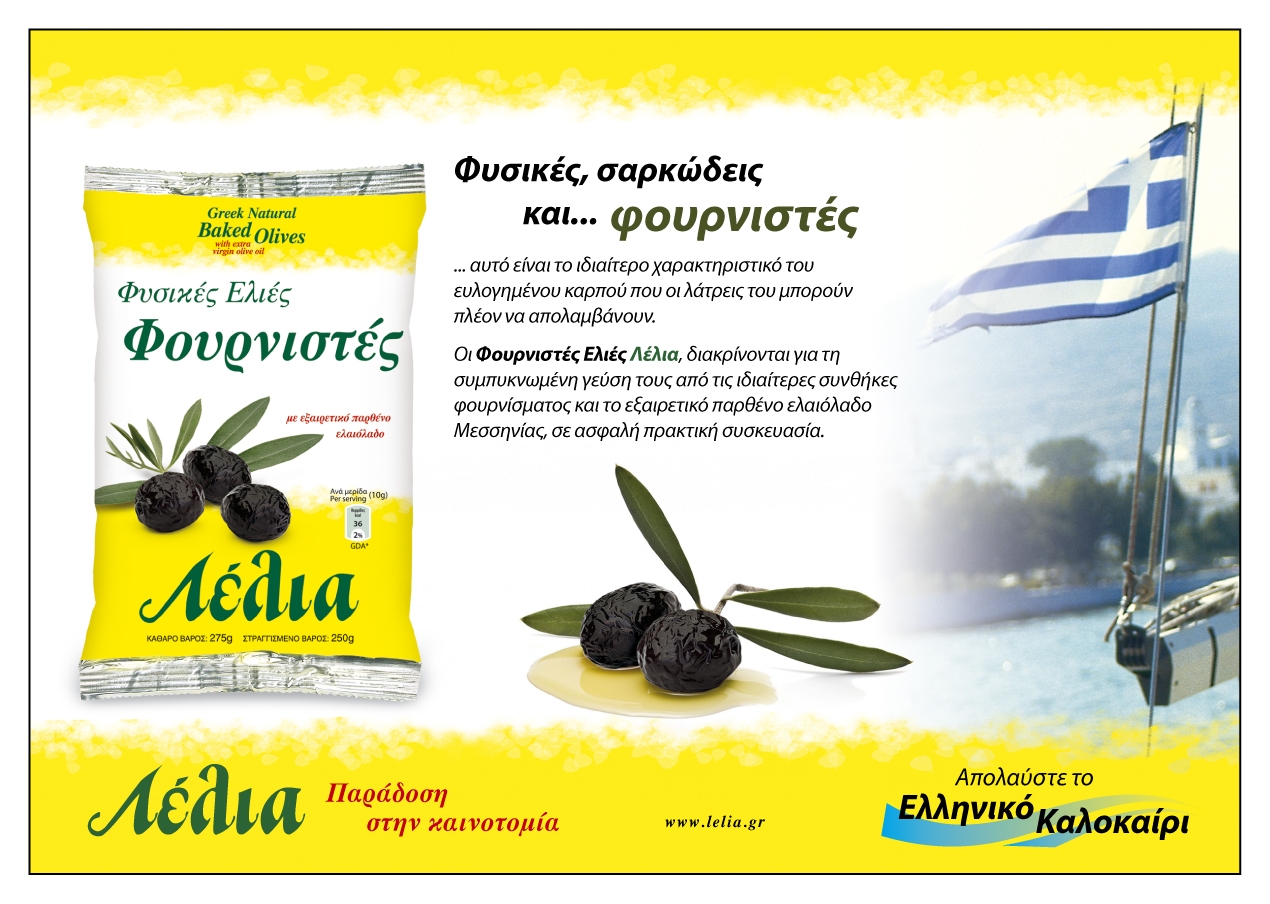 “ROI S.A.” is a family company, which is run by Philip D. Boyiatzis who represents the fourth generation in the family, which deals with olives and olive oil.

“Lelia” products were firstly found in the Greek market in 1993 and in a short period of time they took the first place on the “shelves” of the super markets and in the kitchens of various restaurants.

“ROI S.A.” company is one of the most modern companies, which produces and packs olives and olive paste in Greece.

“Lelia” products are found in all Greek super markets as in catering companies and in a few foreign super markets. 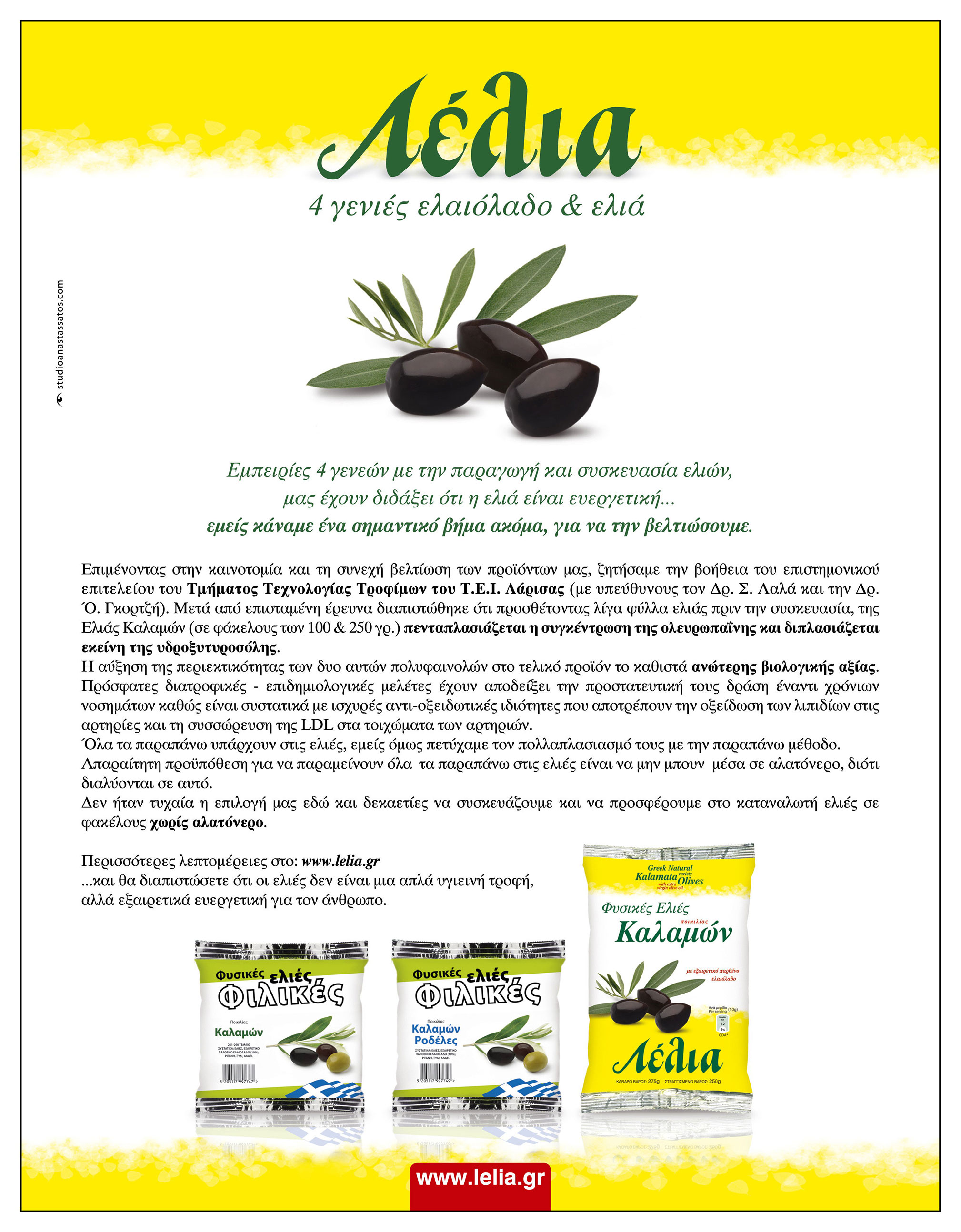 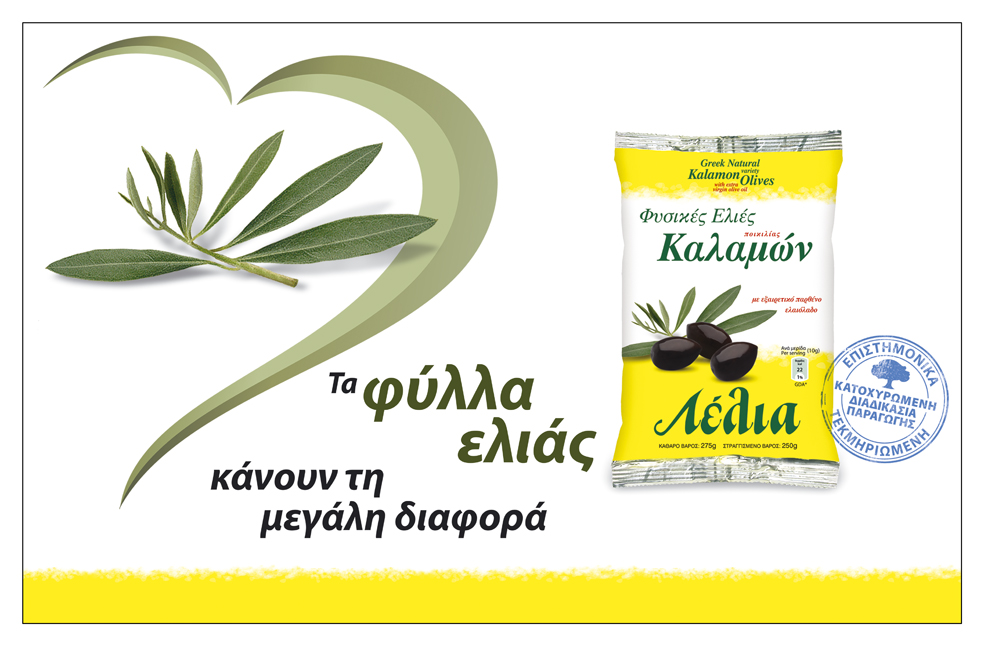 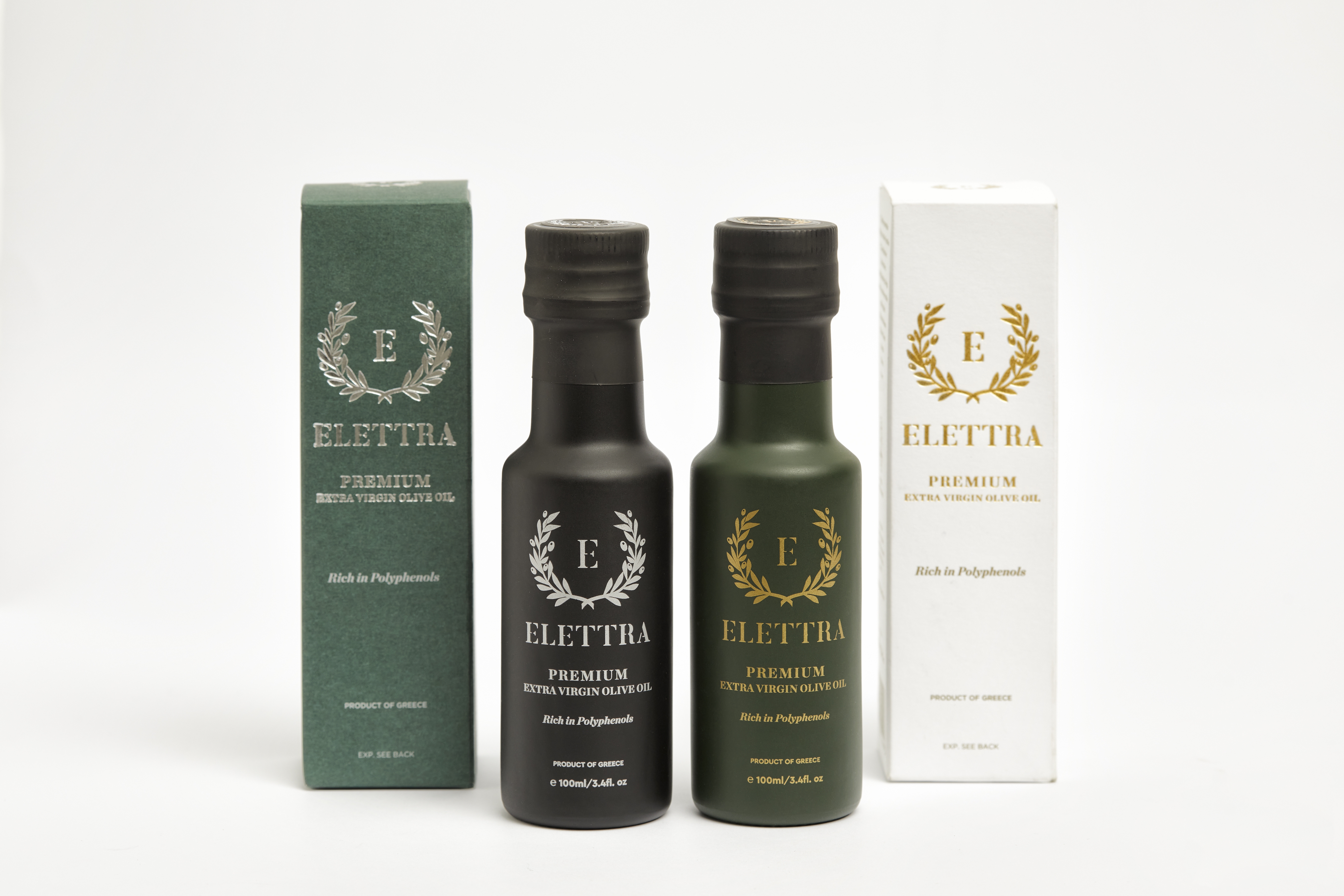