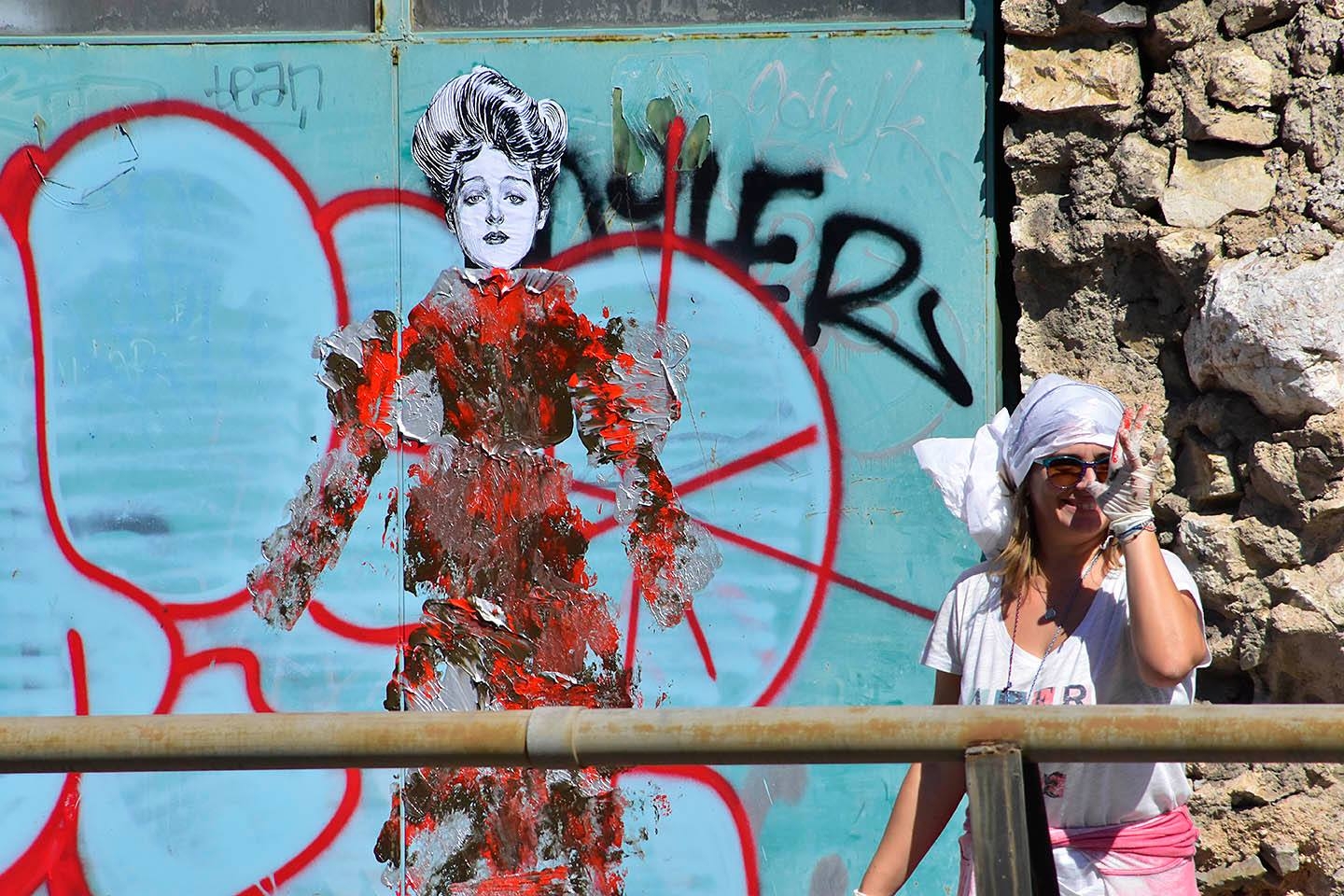 1.Anna, it is an honor to have this conversation with you. So, tell us when did you find out that you are an artist deep in your heart?

-Since I can remember myself! I had it in me you know. I think, i brought it with me from a past life. Even as a kid I was watching the clouds passing by through the window, making stories out of my head. ‘Cause the clouds weren’t just pure clouds! They were images! The sky was always an illustrated book. My life has always been a river of deep thoughts and peculiar images. So at first all this came out of me in the form of digital collages printed on canvas at times, and only recently I started painting walls in abandoned buildings and on the streets of Athens!

Now-days I am a street artist and more particularly a muralist. It is a good thing our city is full of empty walls that anyone can express him/herself on. Greece is like a notice board that anyone could post their ideas on.

2. What's your inspiration for creating all those amazing digital collages?

-I get inspired mostly by the old world, particularly the 20’s, 30’s,50’s & 60’s. The old world that was demolished in order to build the current one. It feels like I was living there, but somehow  I was transported to this one and I left some unfinished business there!  At the same time I can be inspired by million different things. From the lives of the people next door, to completely strangers passing me by on a rainy afternoon. From the crystal blue of the Aegean Sea to the old Godard movies... to watching the 8 o’ clock news on mute listening to old soundtracks... to empty buses going off duty the exact time they turn off their lights.

3. You write that ''We are "creepers," the slang term for urban explorers: city archeologists with a passion for investigating abandoned buildings and their dying secrets. I am a creeper that also paint.I want to give them back the life they promised them.''

How did you start working on the ''Xenia Hotels '' project?

-"Reviving the innocence of the Greek summer"

I am a new kid on the block of street and urban art you know. All this began a year and a half ago, when we found out that my father is sick! I started looking at old photos of him, you know the pink 80s vintage kind, trying to recover him from the summers of my youth. Those lovely greek summers that just don’t exist anymore! Somehow, like all those abandoned buildings. It felt like my father was a part of it! Of this demolished, lost world and I somehow tried to recover them both.I put this little bet with the universe and myself. I would begin this project “painting the walls of all abandoned Xenia Hotels”, in order to give them back life! To make a fuss in order for people to remember them.At the same time, I believed that in this way, I could also give life to my father as well. Help him fight to stay alive, as I was fighting for these buildings too. XENIA Hotels were Architectural diamonds in their age, built on the most spectacular places around Greece. All with great views, promising to satisfy their guests and bring great profits to the greek Tourism. Unfortunately, the plan was left to its own devices after a while, most of the hotels closed permanently and the buildings were abandoned and ruined by the forces of nature and man!I decided to leave my art on their walls as a tribute, to rot with them OR to be brought backto life IF the right people start paying attention! People with power, knowledge and money. More simply, I believe that what's meant to be will always find a way!

-It is art that makes life. That’s how we carry on.

5. What is the biggest obstacle -from your point of view- being an artist in Greece?

-Greece itself and its mentality. One has to climb into cliques to emerge, the so-called instrument, or to have money. This is a strange thing for many artists. They rarely recognize talents, meritocratic.

6.Are you the type of character who would swim against the stream or would you rather be on the safe side?

-I think i float. Life knows better where to take me so i trust life. Just floating.
7.Crisis. Is it something that made us better persons, or it is just a myth?

-You can leave (and not live anymore) your myth in Greece (ahahahaha). Seven years into the Greek crisis.Τhere doesn’t seem to be any end to it, and people are disenchanted with politics. But there’s also a lot of energy. The fallout from this event has placed the world in an ethereal twilight zone. On the one hand, everything seems normal. We go to work, we pay our taxes and our bills, and we more or less get on with life the way it was before the crisis. But on the other hand, something is not quite right. As an artist, I think crisis gave us winds where we had shoulders. Gave us weapons to express our needs, to bring out loud more mute feelings and a strange kind of liberation. Crisis is just a word if you have the strength to carry on or to transform your shelf and your needs to something else. And of course there is always art. As Friedrich Nietzsche said “We have art in order not to die of the truth.”

-I want to finish the “Xenia hotels project” and then try to do a huge mural with my technique somewhere in the center of the city. I want people to see me everywhere knowing that I am a romantic person who tries  to save all the images that I brought with me since the time I was born from a past life to this one. 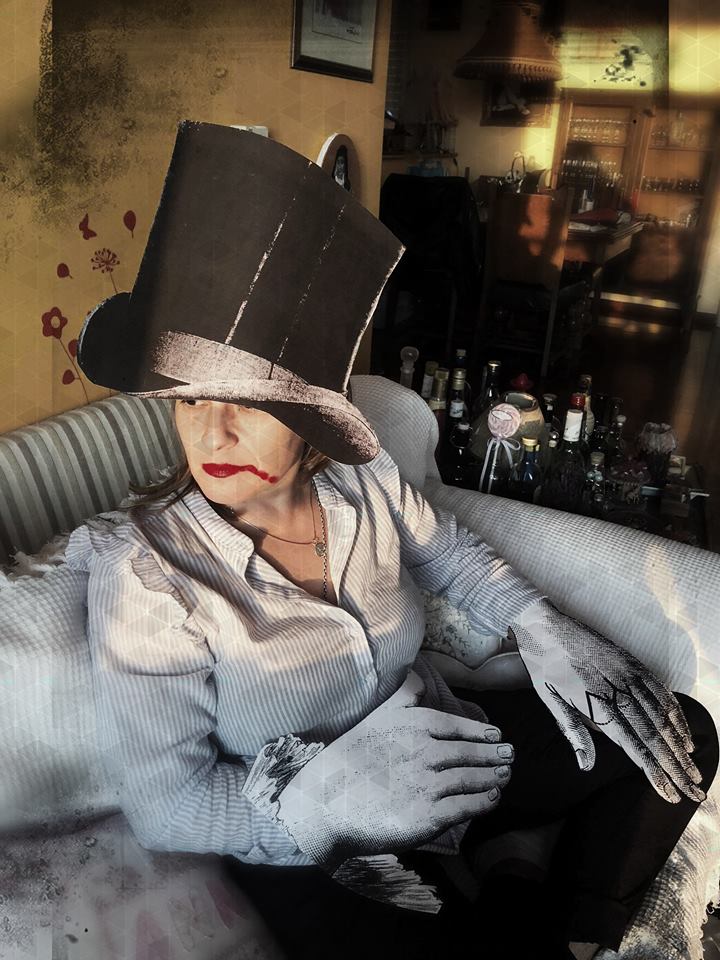 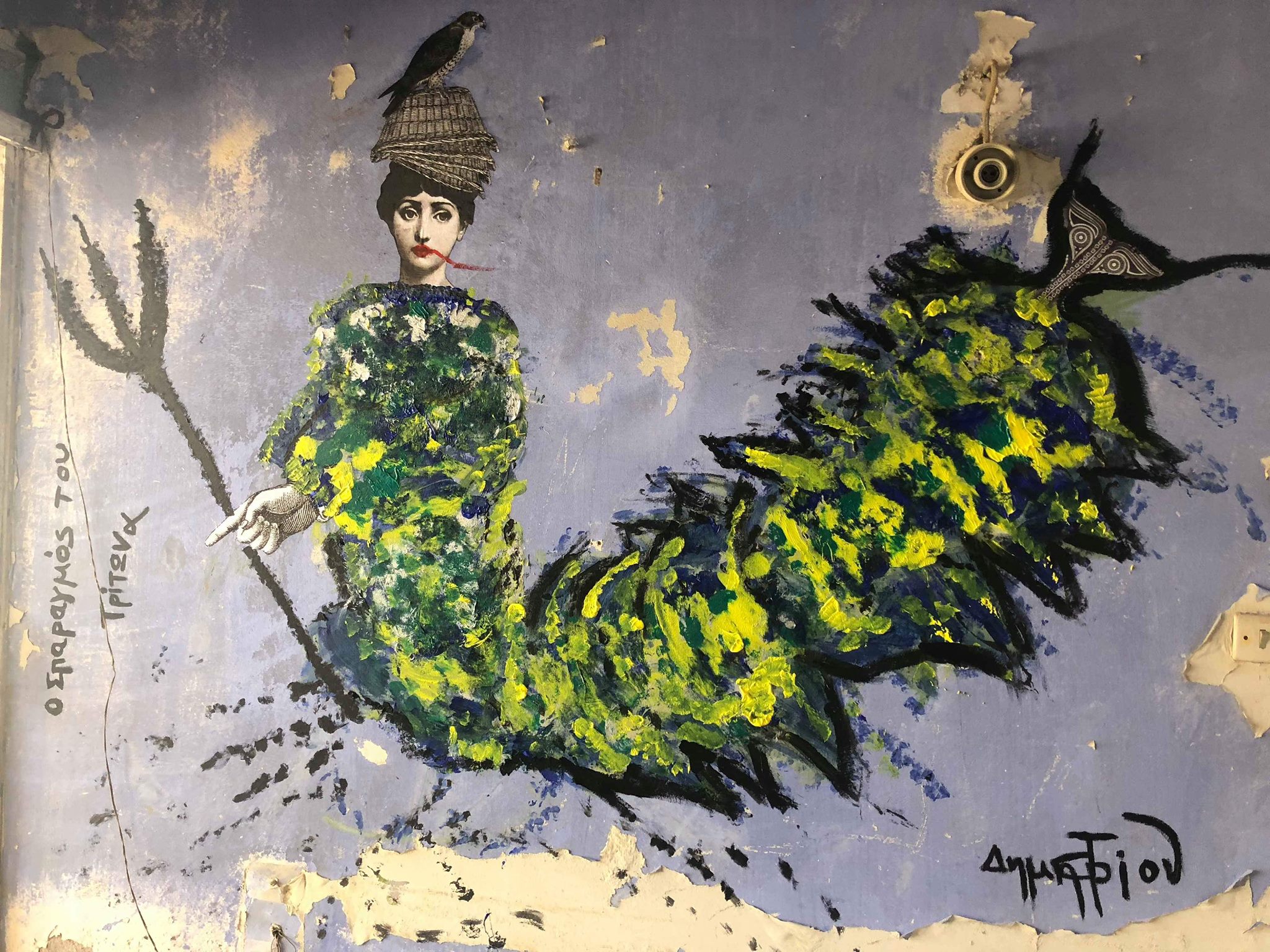 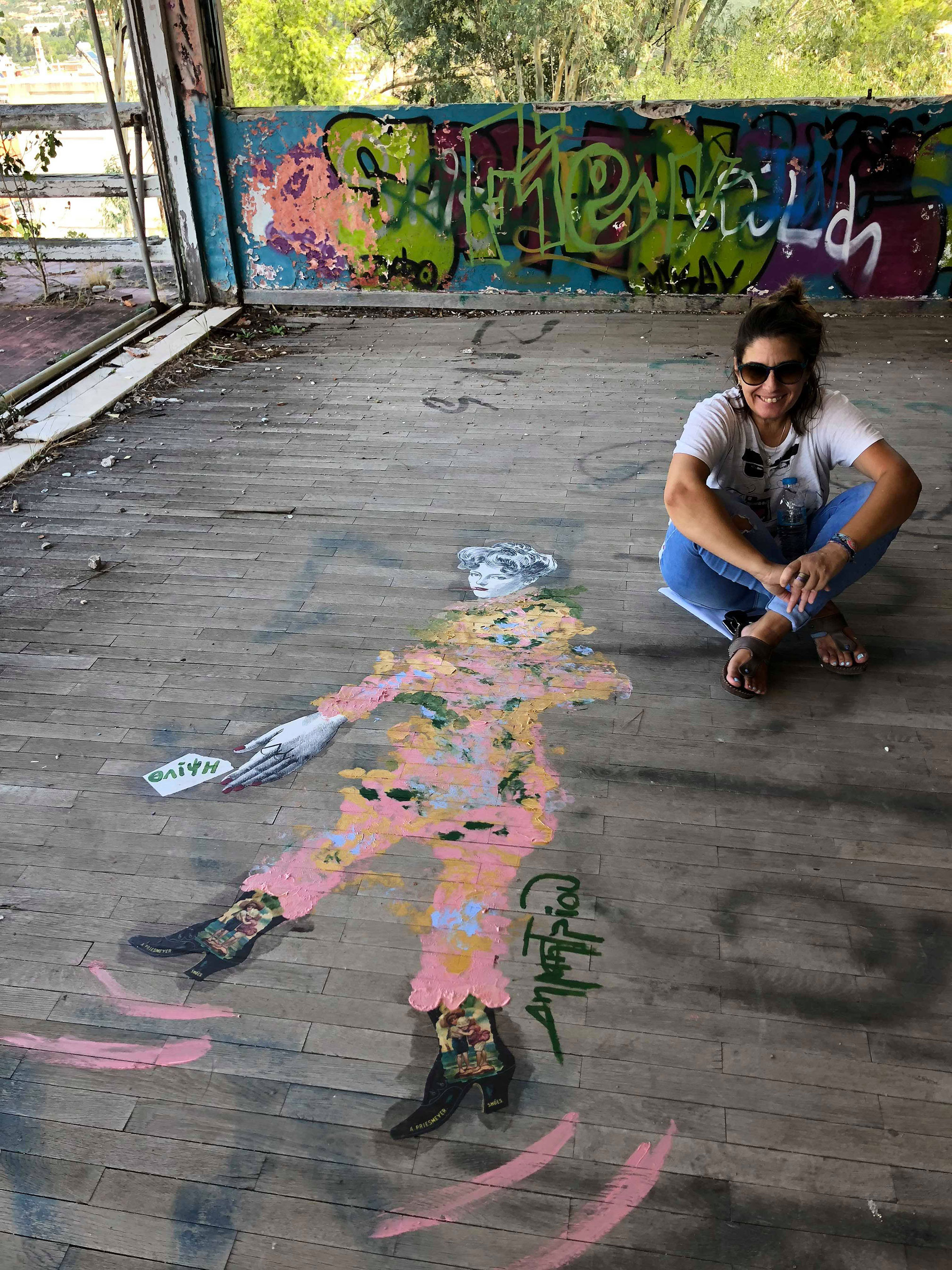