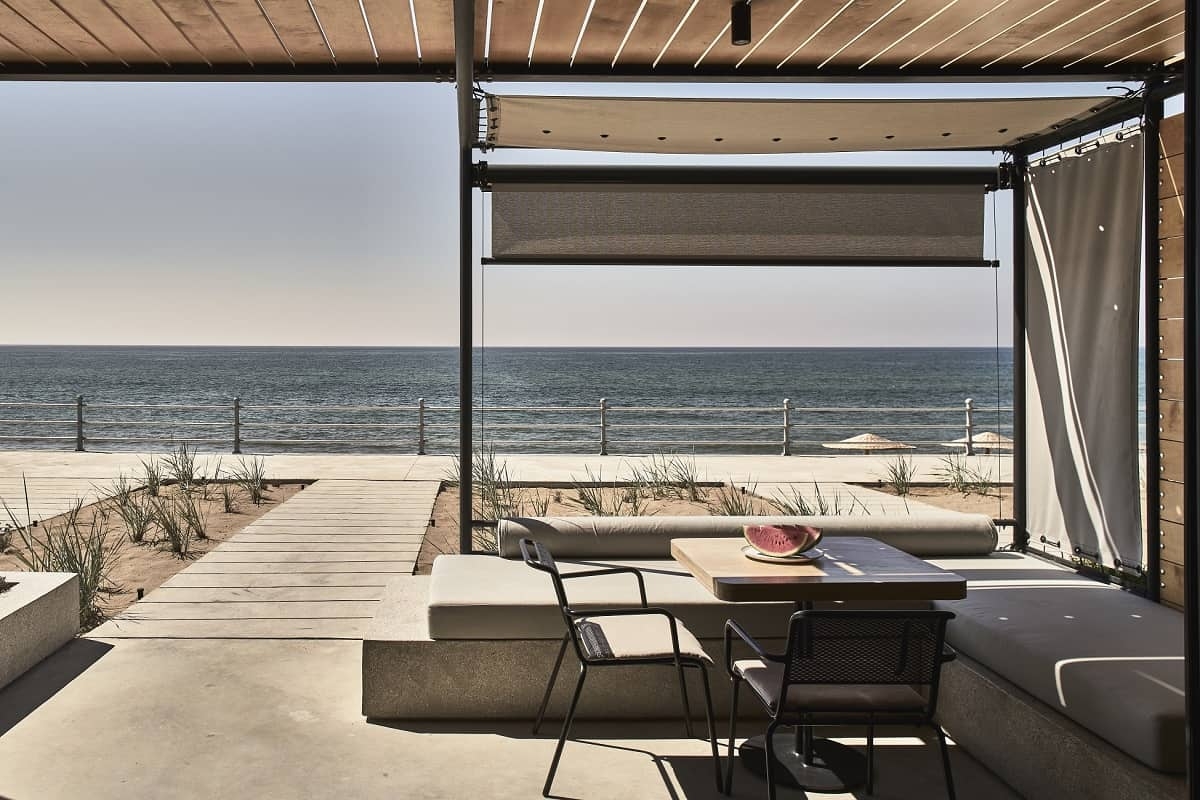 A postwar winery, has been transformed into a conscious-travel resort

Nikos Karaflos, the visionary entrepreneur-turned-hotelier, originally contacted us several years ago with an idea to transform an abandoned wine factory on the west coast of mainland Greece, into a hotel. After a long process of design, development and bureaucracy, his dedication to the management of the project is paying off, as the conversion is complete and the Dexamenes Seaside Hotel is open.

The history of Dexamenes dates back to the “Era of Currants”. Since the liberation of Greece in 1830, the cultivation of currants took on impressive dimensions and currants were the main export product of the Greek Kingdom. But when the “Currants’ Crisis” broke out in 1910 in Greece, the trade of currants collapsed and there was a need to convert the unsold stock of currants into alternative products, such as wine. This was when the first wineries and distilleries were created. Dexamenes was built on the sea so that ships could be loaded with wine directly from the tanks, before setting sail for the major overseas markets. The derelict, industrial structures that characterize the site were left relatively untouched since the 1920’s, sitting quietly on one of the most unspoiled and beautiful stretches of coastline in the western Peloponnese.

From the outset it was clear that the strong history and raw beauty of the existing buildings should not only be preserved, but be showcased in a design that would breathe new life into their walls. The new design compliments their brutality with elegant interventions and transform their austere functionality into a place of calm, comfort and relaxation. A complimentary palette of concrete, steel, timber and engineered glass ensures that new construction elements tread lightly, leaving the existing buildings relatively untouched and retaining their strong presence.

The discreet entrance point to the hotel is from the adjacent road, where you are greeted by the first of the two elegant pavilions, attached to the original concrete tank buildings. With the glass partitions fully opened you step onto the concrete slab and enter the reception area where, if you have arrived in the evening the glow of the louvered plywood canopy is a warm welcome, and if you arrive during the day the cool of the shade it creates offers welcome respite from the heat of the sun. You sense the weight of the history of the site from the surrounding concrete buildings and artfully displayed remnants, yet you are lifted by the energy of this new, light-filled space, as you move through the chicly minimalist boutique and arrive at the central courtyard.

Dominating the site are the 2 concrete blocks that are each divided lengthwise into 2 rows of 10 wine-storage tanks. These tanks, measuring approximately 5m by 6m were perfectly sized to become hotel rooms, each with ensuite bathroom and shaded patio. The space between the 2 blocks has been transformed from an industrial scrapyard into a peaceful, meditative courtyard garden. A shallow pool separates the 2 rows of rooms, reflecting light and providing a cool breeze on hot afternoons. The impressive steel drums that give the hotel its characteristic logo, have been delicately preserved and stand proud in the water. Thick slabs of concrete (slices of tank wall removed to make the doorways) have been placed in the water like stepping-stones, so that guests might enter the drums and experience the way that light and acoustics play over their concave walls throughout the day. Local grape and currant varieties are becoming well established along the edges of the garden and will gradually make their contribution to the microclimate and productivity of the hotel.

The courtyard tank rooms are identical in their ergonomic layout. Original features such as the manholes and pipes in the façade of each tank and the patina of the internal wall surfaces have been preserved. Inside, a narrow black steel framework collects together the various beautifully detailed elements within the 30sqm space, organizing them with Zen-like precision. Textured glass brings light through from the bedroom and dressing areas into the bathroom. Generous proportions in the shower and WC bring a sense of luxury to the warmly toned and textured surfaces and polished terrazzo is a visual link to the colourful texture of beach-pebble aggregates revealed wherever the old walls have been sliced through to create new openings.

The internal layout of the sea-front tanks makes the most of their immediate connection to the beach, with beds centered on the large sliding window looking directly out over the water and a privately framed view of the sunset from beneath the canopied patio. They are connected by a wide promenade walkway raised above the sand, leading to the other parts of the hotel and down to the beach. Even the promenade railings play their part in the design, featuring parts of the reclaimed irrigation system originally installed on the tank roofs.

In addition to the tank rooms, their pavilions and the courtyard garden, the 2 original stone out-buildings have been carefully converted to provide the hotel with in-house dining and event facilities with a focus on communicating the culture of the area and the history of the building through art and cuisine. Reclaimed bricks found inside the original structures line the floors and terrace, and the pitched roofs have been restructured with bespoke ceramic tiles made locally and crafted to blend with the originals. The taverna features an open kitchen with a communal dining table for wine tastings and cooking workshops, and an external dining terrace where guests can enjoy meals prepared with local ingredients throughout the day. Facing the terrace and kitchen is a large cultural building fully equipped to host artistic events of various scales, such as exhibitions, workshops or lectures. The hotel has an ongoing program of arts events, with resident artists presenting performances, installations and exhibitions throughout the summer season. 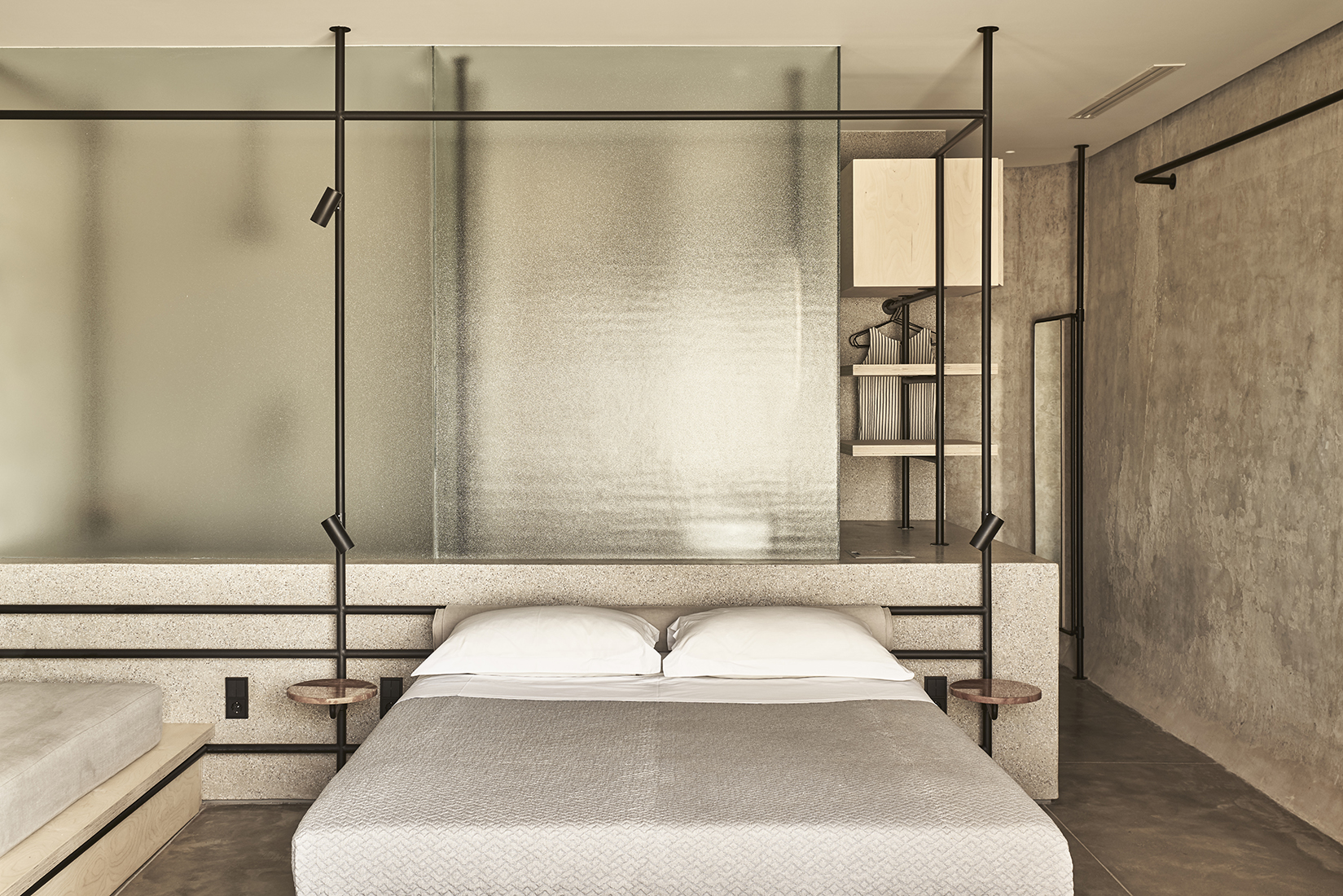 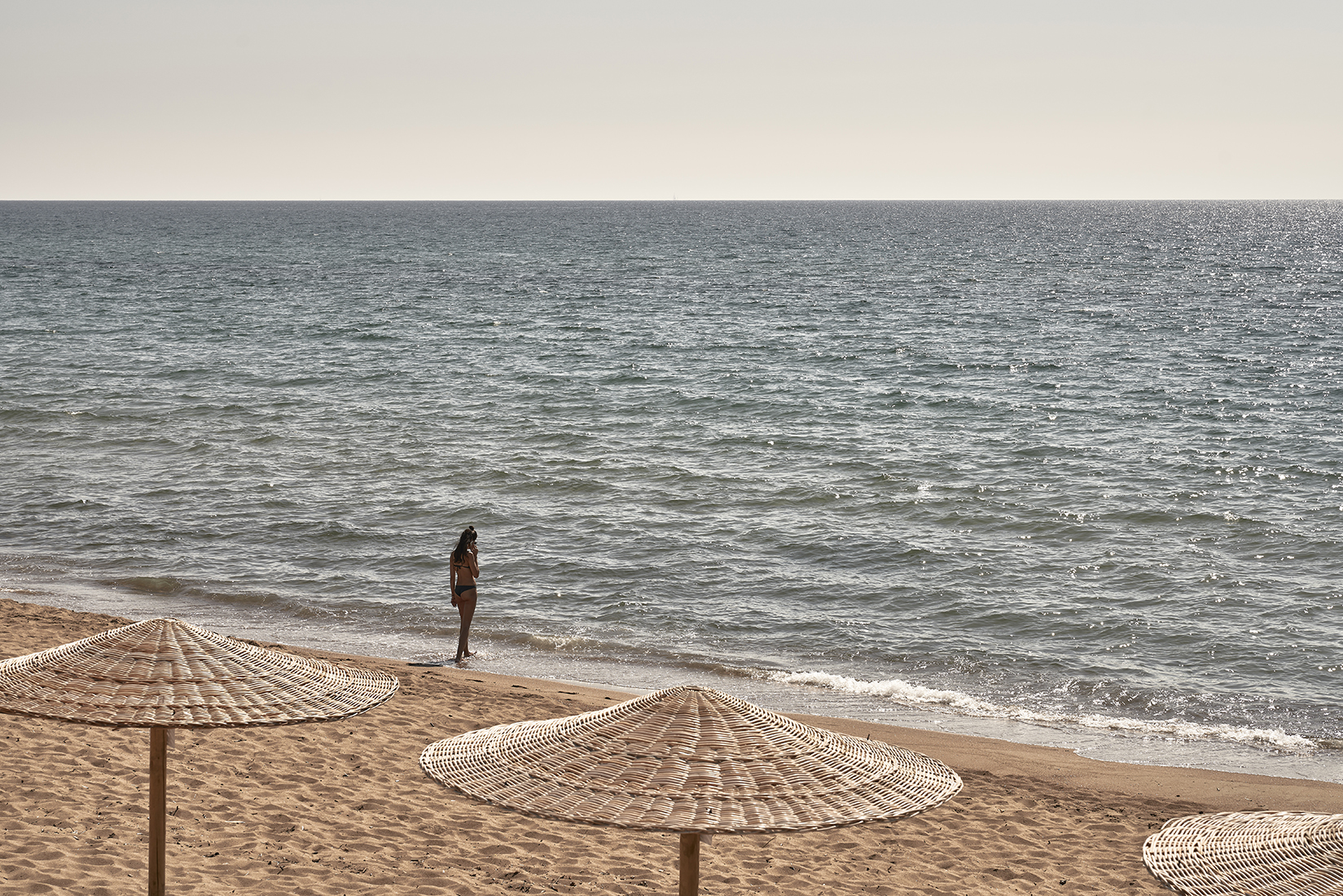 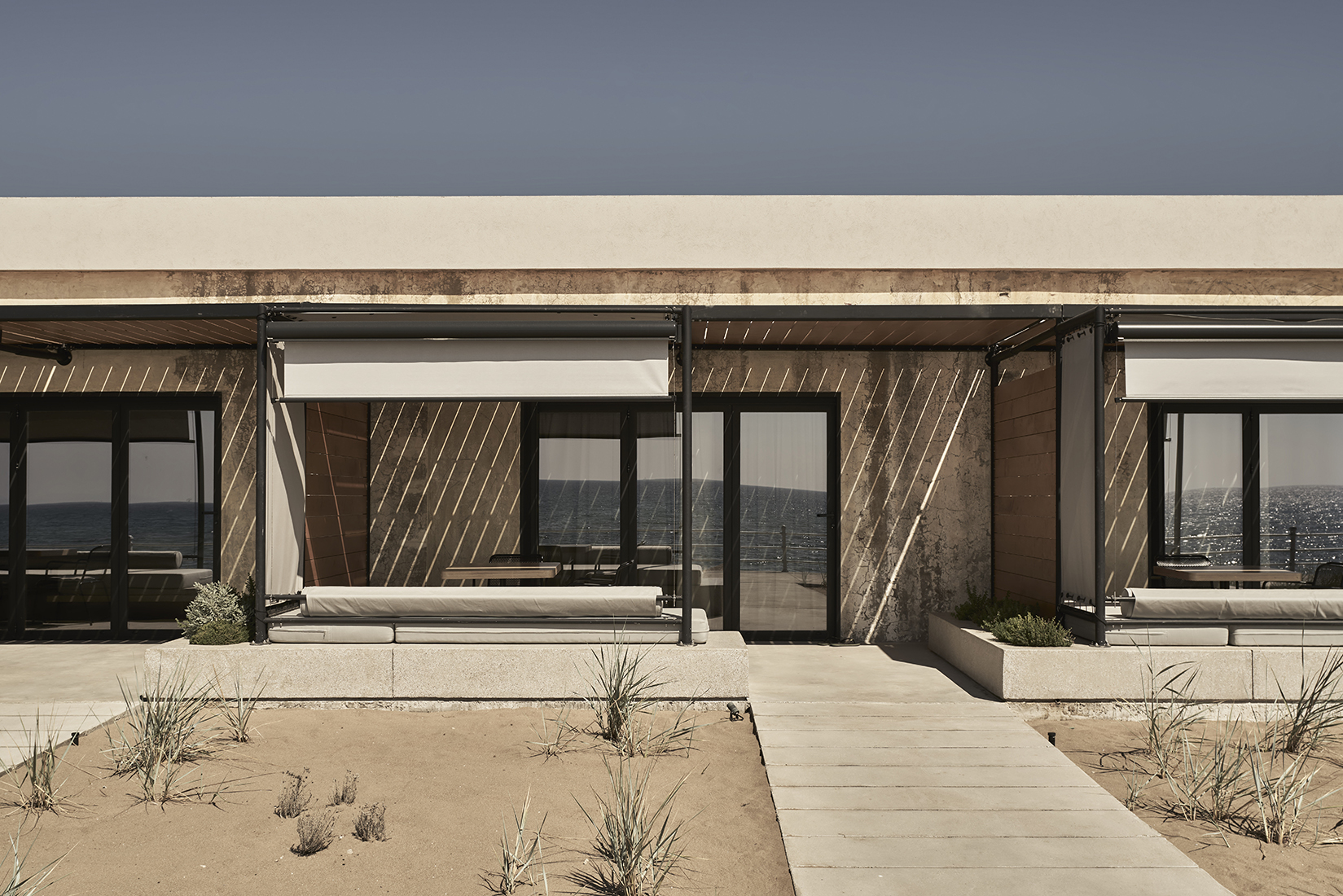 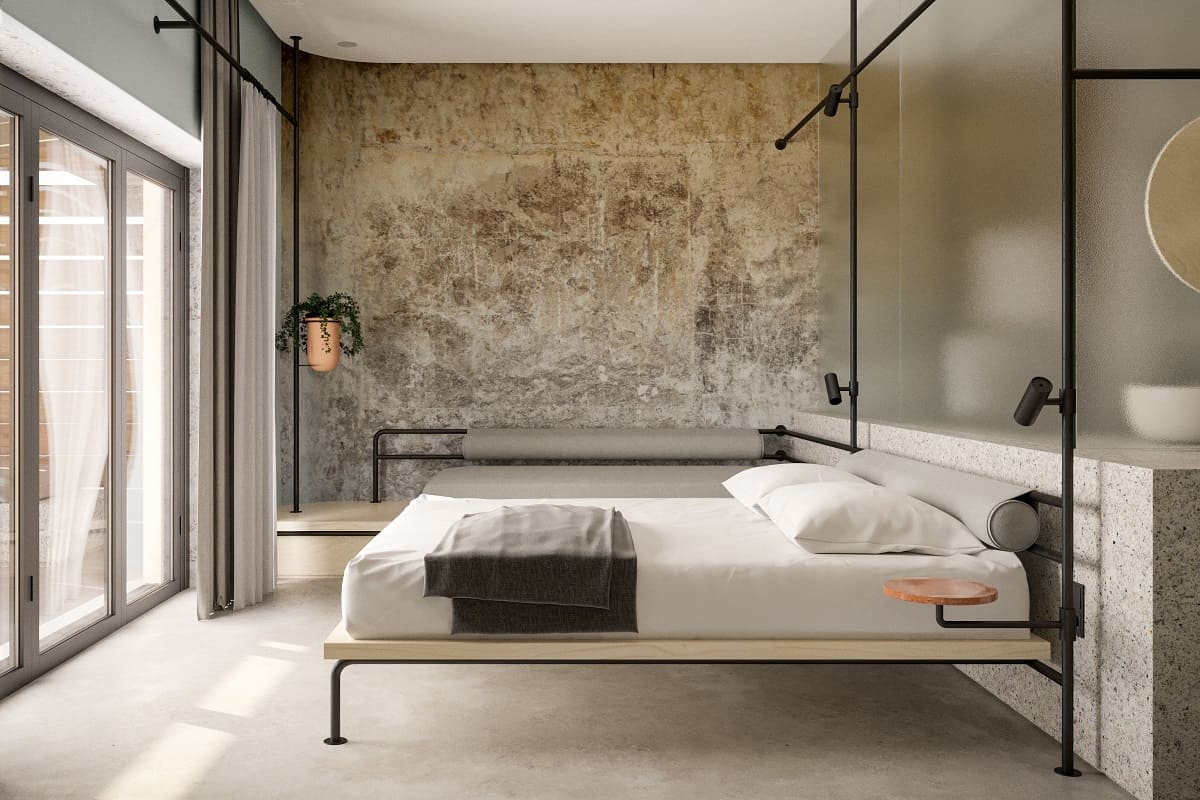 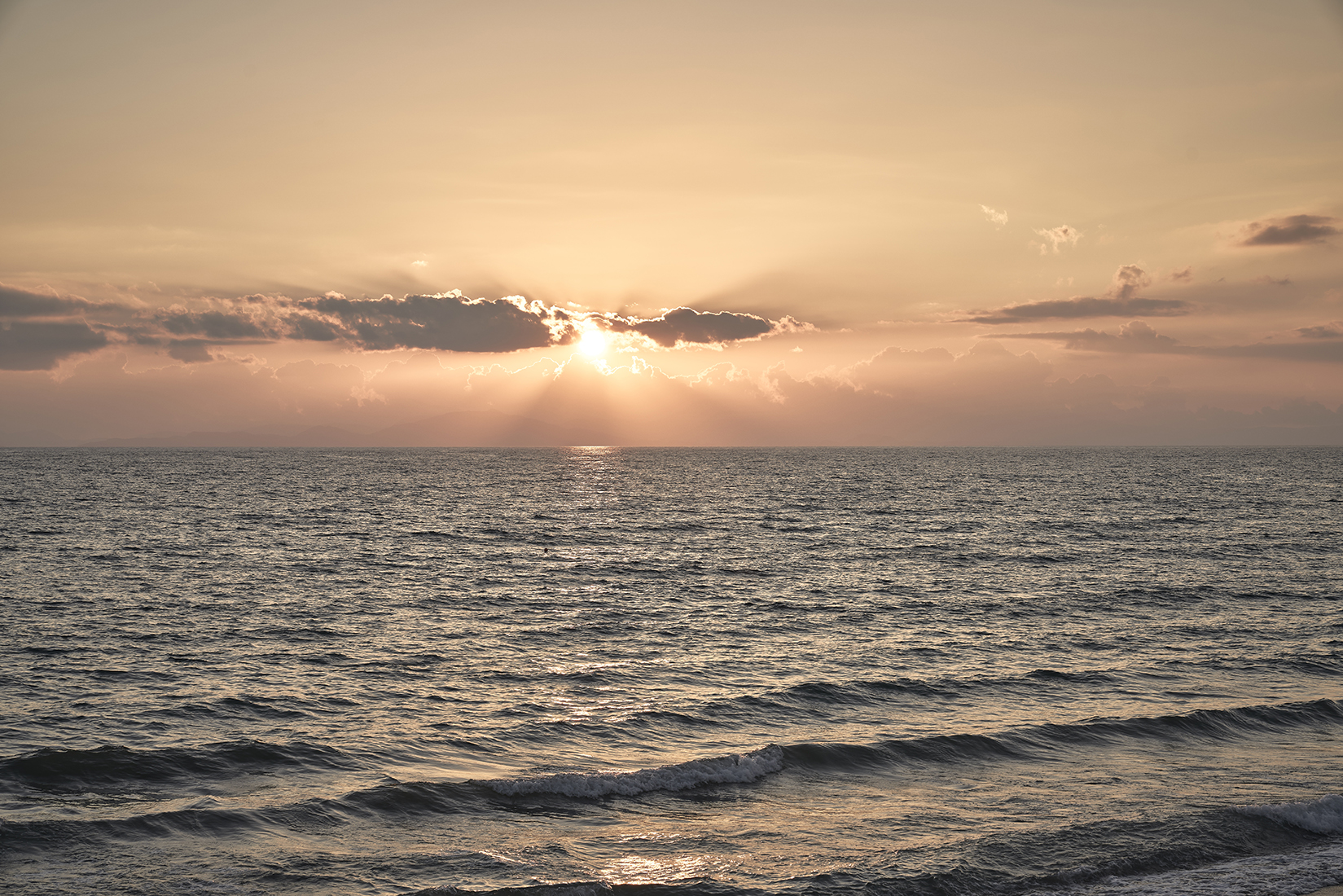 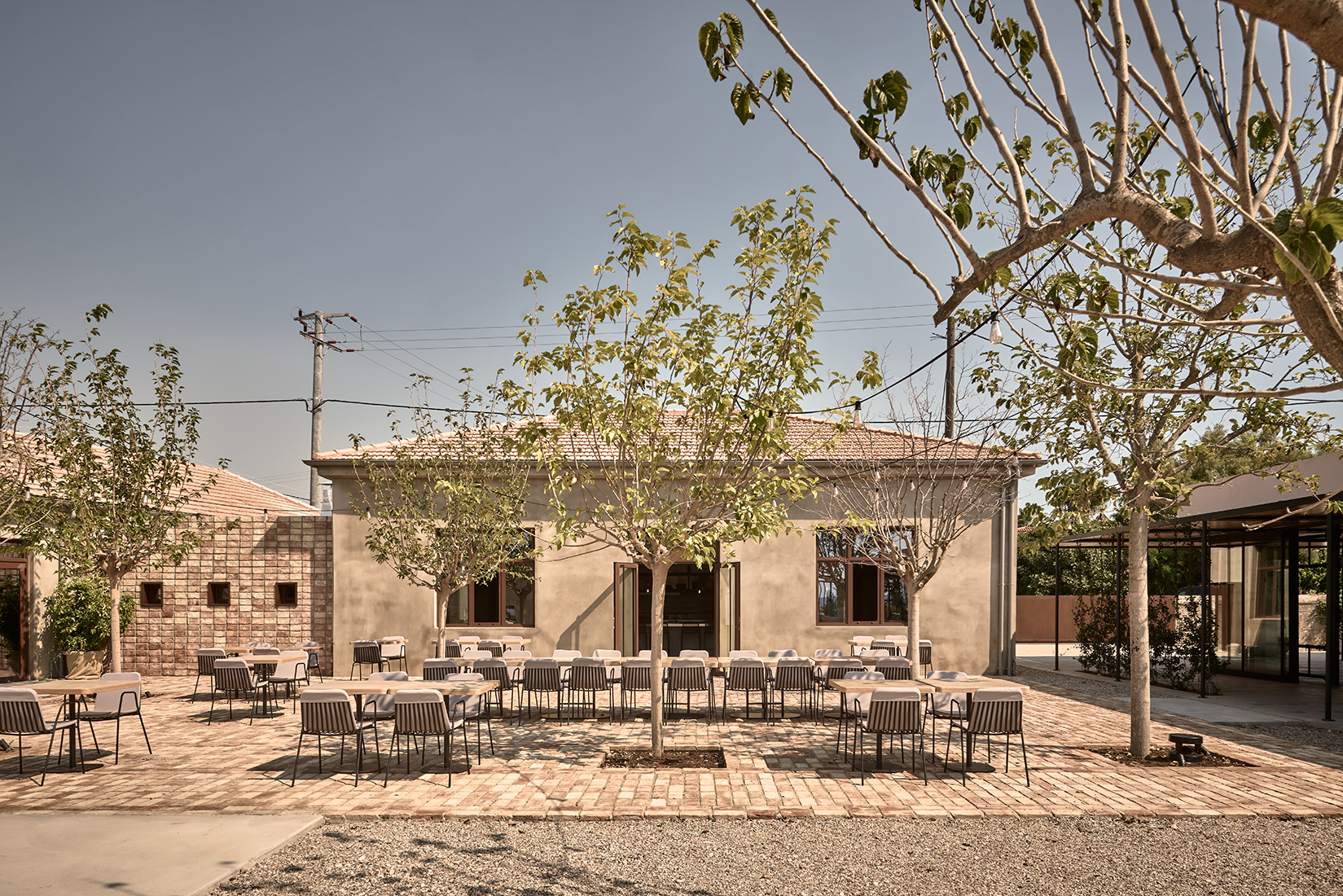 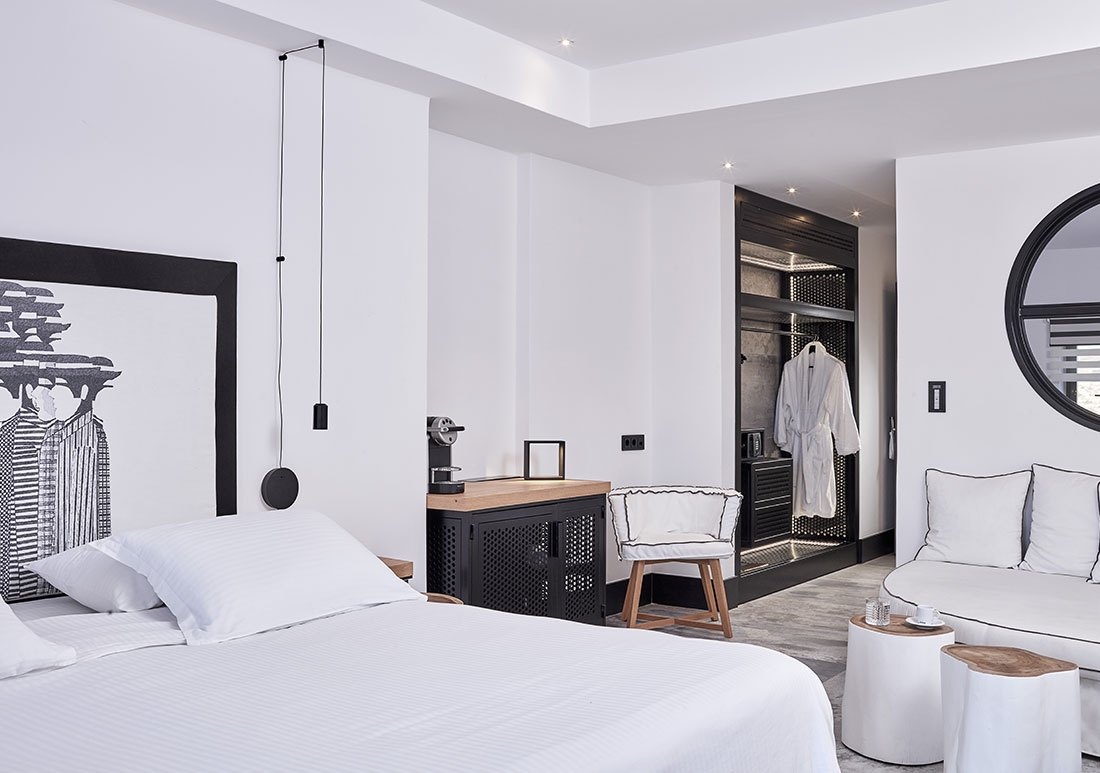 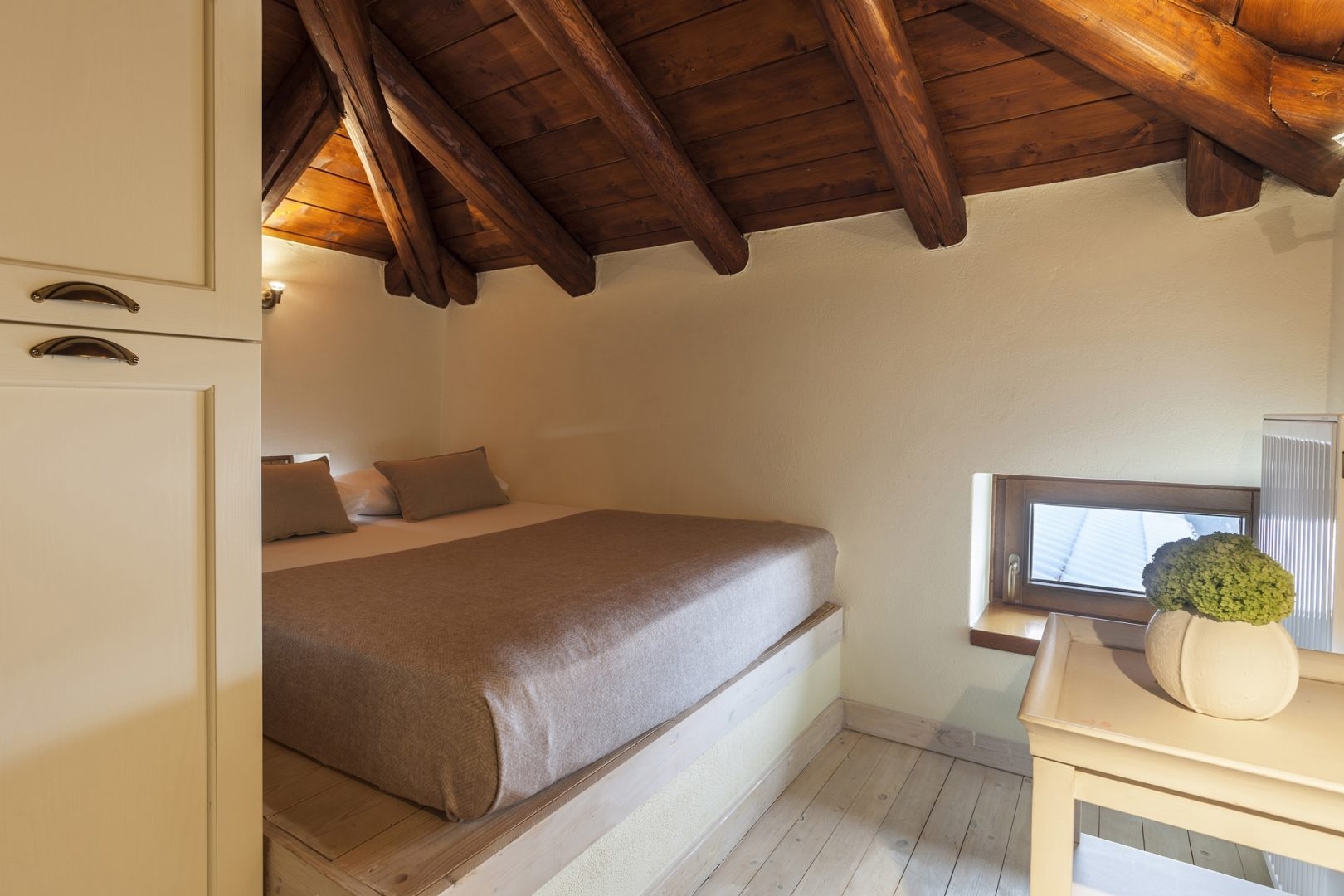 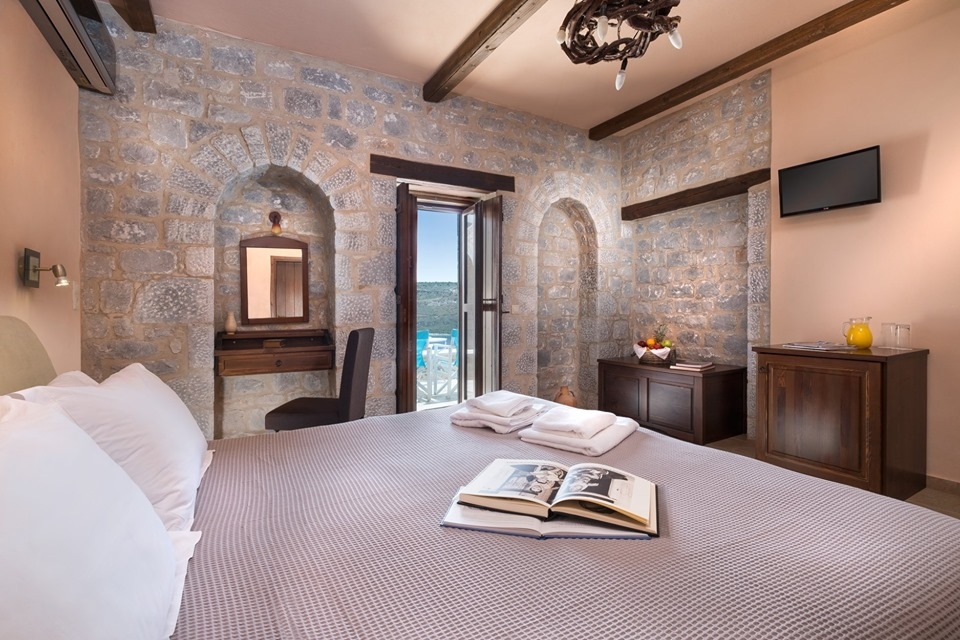 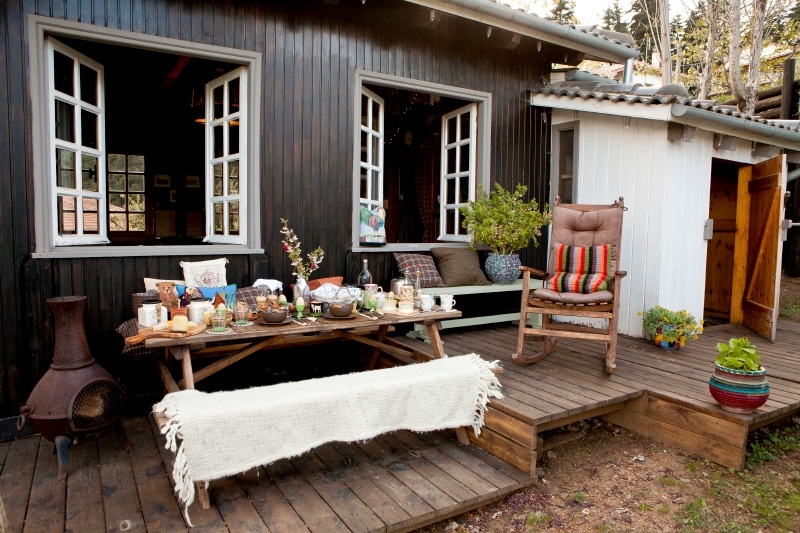 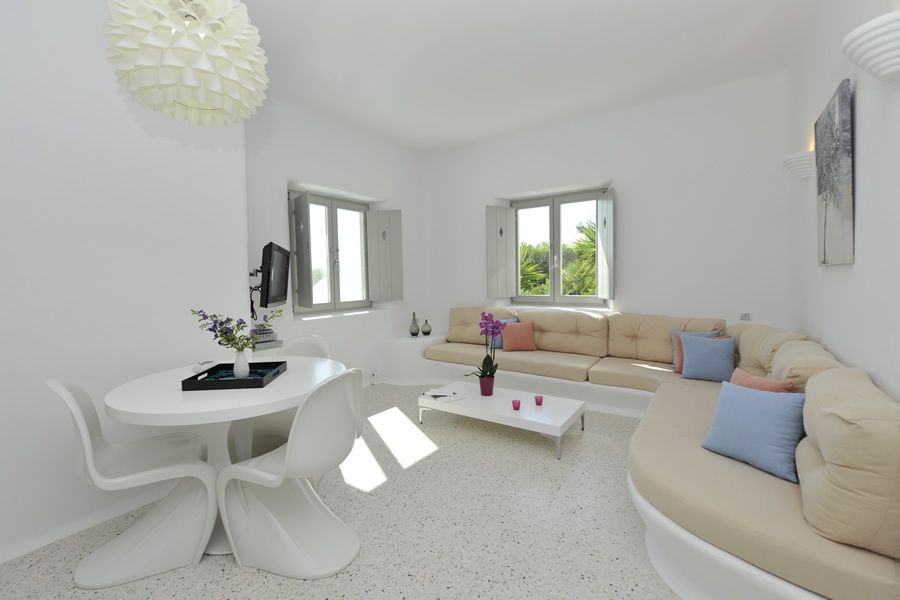 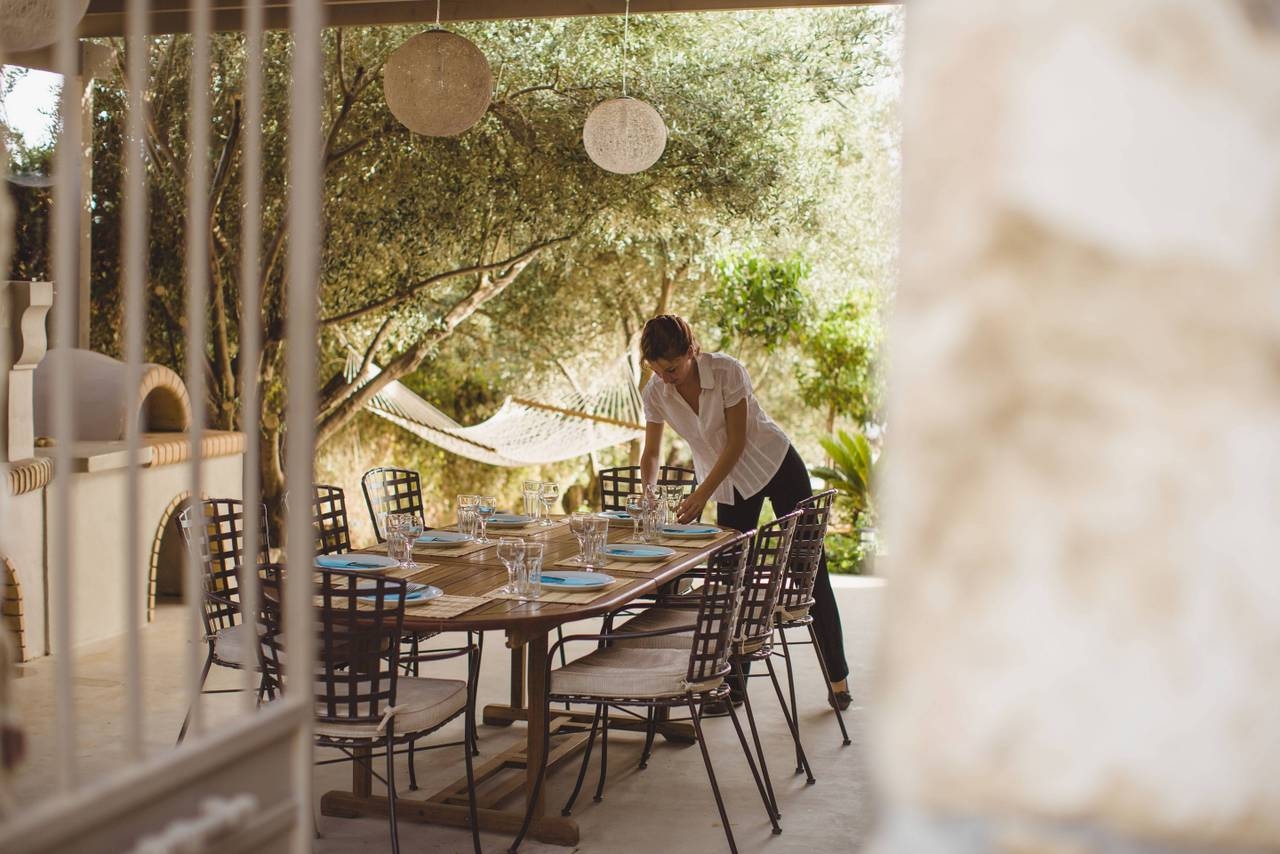