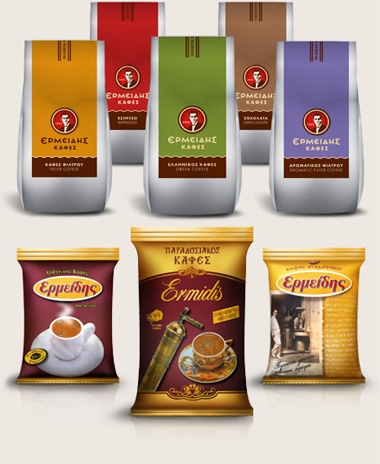 The occupation of Ermeidis family
with the production of coffee starts in Trabzon
of the Black Sea around 1890.

It is there that Panagiotis “Chrysopanagis” Ermeidis begins, with great care, the processing of Greek coffee. Later, in 1922, after the Asia Minor disaster, the family settles in Thessaloniki. The son of “Chrysopanagis”, Charilaos, opens a coffee store at “Karavan Sarai” in the centre of Thessaloniki and continues, with the same respect, the family business of processing Greek coffee.

The coffee store
In February 1971, the coffee store moves to 62, Venizelou Street –where up to now– under the direction of Panagiotis Ermeidis, third generation coffee maker. The partnerships during that era included traditional cafes and buffets (existing canteens). Foreseeing the trend of consumers for new products, Panagiotis Ermeidis begins the first steps of the company in the packaged coffee. At the same time, he expands the product range with filter and espresso coffee. Then, he starts partnerships with grocery stores of the era who were later replaced by modern Super Markets.

The factory
The recognition of the Ermeidis’ products quality and their increasing demand pushes the family to expand the company's activities from the small store of Venizelou Street to new premises in Lakkoma, Chalkidiki. There, armed with the long-standing expertise and experience, they create a modern factory and start collaborations with leading companies in the food industry.

Today
Today the company is managed by Charilaos Ermeidis who continues, with the same passion and love, the family tradition following the footsteps of his great grandfather. His main concern is for every bag of coffee he produces to have the same care, rich aroma, strong taste and tradition as in 1922. 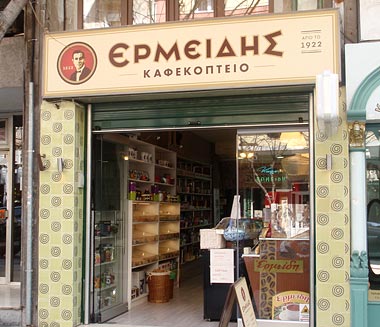 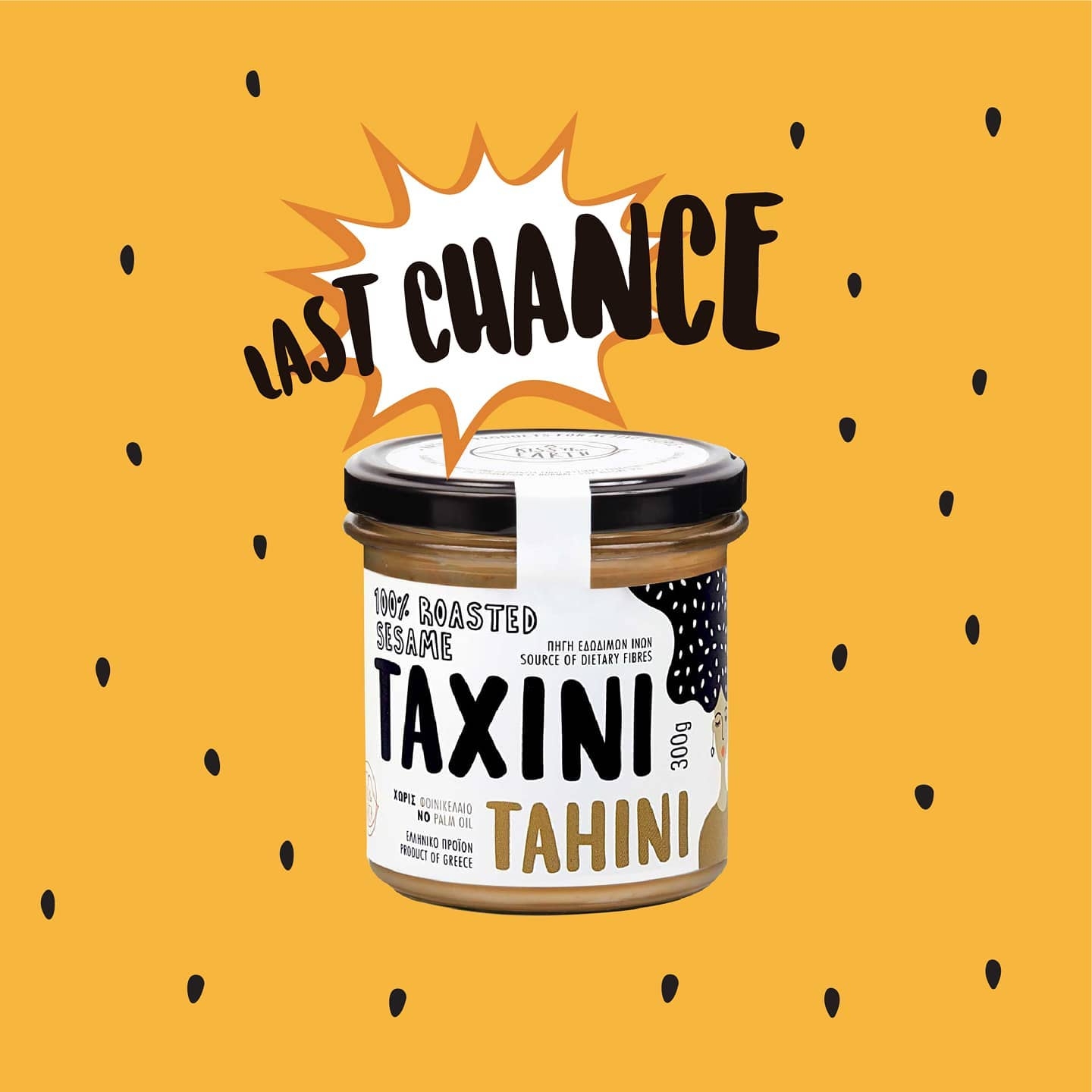