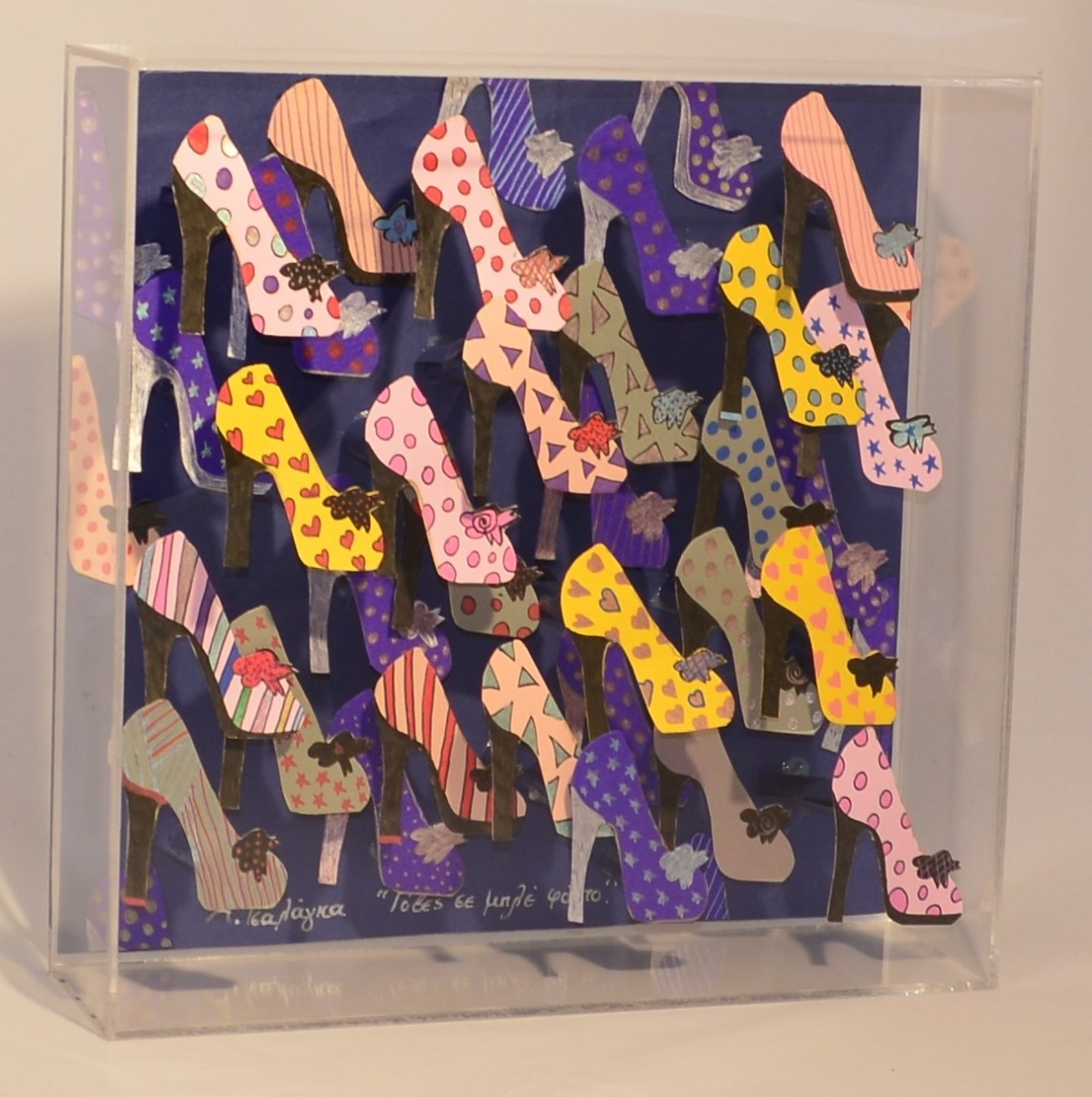 I was born in Athens (1980), where i grew up. Having great love for painting, i studied the art of paint at Athens School of Fine Arts (ASFA) with teachers Triantafillos Patraskidis and Chronis Mpotsoglou. (2000-2005). I have also been teached the art of mosaic from Dafni Aggelidou (2002-2003) and the art of engrave from Kostantinos Kazakos (2003-2004). Since 2005 i am member of Greek Chamber of Fine Arts. You can find my work in private collections , museums and galleries in Greece and in many other countries. 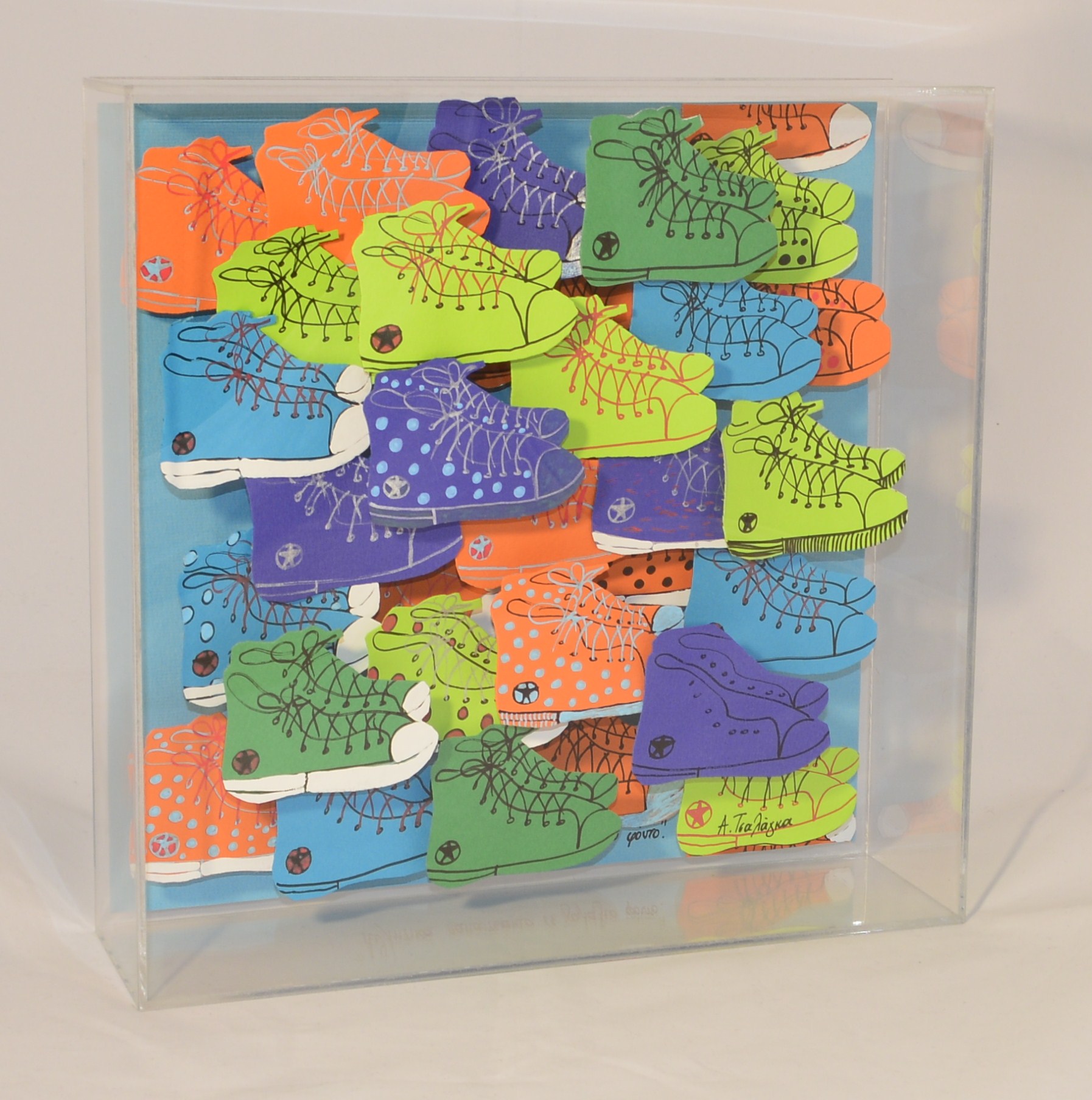 My latest work is based mainly on repeated motives, which by changing colours and sizes, are repeated again and again in various heights, densely set on a surface. It is actually a three-dimensional painting, which can be as high as nine centimetres. I have been working on this idea for about two years and the work has gone through many stages of development to take its current form. I first began working on this idea  in 2010, by sketching and then colouring the motives on the surface of the work and by placing only two or three pieces in such a way that they would stick out from the surface. As time went by, the work gradually took its present shape, with a structure that is totally different from the original idea. The pieces that are currently being painted directly on the basis of the work are few because almost all stick out, playing with the different heights. The result is a fully structured picture, with shapes that pop out the one behind the other in a way that some  reveal only a part of them and some others can be seen fully. Its topics are taken mainly from things that surround us in our everyday life, objects of everyday use as well as images we see around us and inspire in us beautiful feelings of joy, life and optimism. The materials I use are thick cardboards, on which I draw using oil pastel and acrylic paints and unfading markers, then I cut them and glue. Finally, the work is placed in a box made of excellent quality plexiglass. 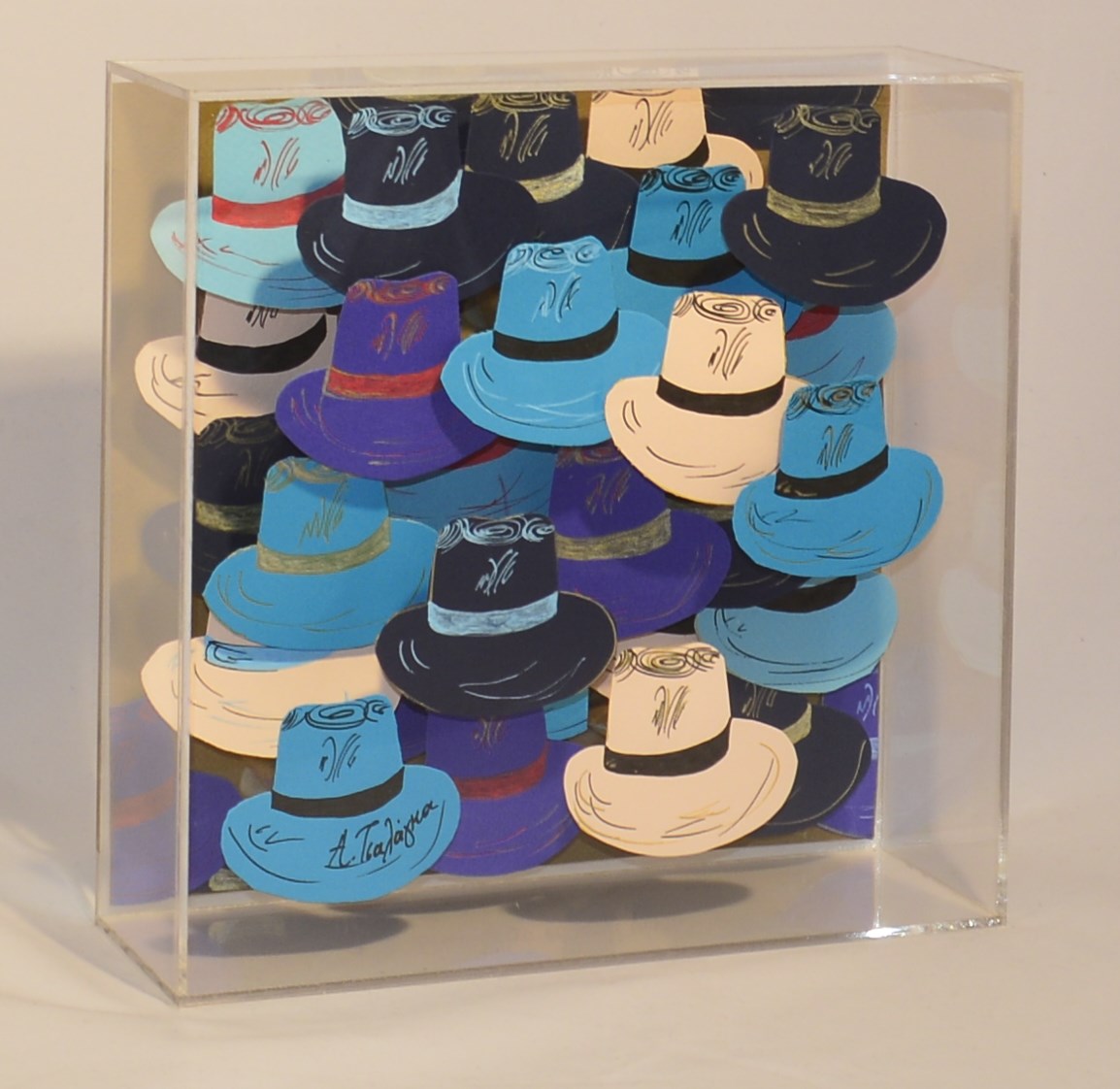