Steve Gianakos entered the stage of American art almost ten years after the first appearance of Pop Art. He began to exhibit his early work when Pop Art was at its peak, when its stars were shining on the scene, while, at the same time, Minimal Art appeared with remarkable strength. The artist is particularly attracted by the ideas of Minimalism, especially by its shift with respect to the objects and materials used in the composition of the artwork, and the “absence” of the artist from the final work, in the sense of the absence of his recognizable “manual” skills.

The second pole of attraction for Gianakos is the strong image, which arrives at the limits of provocation. His work is nourished by popular culture, by the eroticism and the violence of comic books, by the pretentious innocence of children’s books of the 50s. Gianakos is part of a group of American artists that constituted an opposing force to the sensationalism and commercialism of the mainstream Pop Art of the 60’s… and presented themselves as artists’ artists rather than mediagenic darlings of the market and the art trade.

He takes aim at the politically correct values of puritan America—those of the puritan West—and finds great pleasure in watching them explode in our faces. But the absence of the artist from the final work is what places the provocation in the sphere of the social. Gianakos does not create provocative, sexist and violent images, but “assigns” this role to the peculiar way in which society functions. This is why, in the end, his work is more Punk than Pop.

“The Image is the Product!”

The central issue in this series of works is for the image itself to constitute the final product. In this sense, the spectator shouldn’t “look” beyond it, shouldn’t search the method of construction, the skill of the artist or the texture. This is reminiscent of the effort of Minimalist Art to produce works that are self-contained. Gianakos takes up the challenge to do so through the strength of the image. He doesn’t bypass the difficulties of figurative composition by simply giving it up. He also wants to revert the characteristic process of Pop Art, which upgrades common images from comics and pop heroes to the “noble” material of the canvas. Here painting loses its halo and acquires the form of a commonplace object, it transforms into a “poster”. Steve Gianakos chooses to make his final product look like a “poster”, a perfect industrially produced product. So, here the visitor of the exhibition will have to get over his uneasiness to decide to what extent what he sees is just a poster or not. If, in the end, the strength of the image makes the object-product a work of art.

The works in the exhibition are unique pieces. The artist does not follow the pathways of Mec-Art of the 60s, where the painter composed the form that, supposedly, would be produced massively by a machine. He chooses to create unique works, which could lead him to different versions of the image. His approach is closer to the approach of Picabia and the different versions of his own painting that the latter made. Versions for which Picabia was at first criticized, and later praised as the ancestor of contemporary painting.

The 1st flour of the gallery presents a selection of printed canvases, either as pre-thoughts or after-thoughts in the process of making the black-and-white works of the 2nd floor. The research that led him to the “pure image-product”, to his “posters”, has in a way infiltrated the canvas. By breaking the traditional rules and using some of the codes and methods that were used, during the previous century, to declare the “end of art”, Gianakos seeks on the contrary to push art a step further.

The position The Image is the Product wasn’t however always as strong. During previous historical periods, the image was only the pretext. The important thing was what was happening in “the inner space” of the work, and what was important was set by the particular means by which the artist composed the image. This position is here cancelled. There is nothing happening inside the image we see. However, Gianakos’ position isn’t an analogous to the philosophical debate on the “end of art” or the “end of ideology”. The artist wants to expose the myths that accompany the work of art as much as the role of the artist in society. Myths that supported the dominating social beliefs concerning the relation among opposite sexes, sexuality, family or the role of the child. Gianakos wishes to subtract the “traditional” values of art, to destroy its “aura”, to be finally able to touch its essence.

Compared to the more appealing canvases, the posters are more unappetizing in many ways – in terms of the picture, in terms of the violence of the subject matter, in terms of the paper. You have to be a slightly “vulgar” person to consider them art… “But the message has to be strong enough to make the picture appealing” says Gianakos. “Think for a moment, who makes posters? Political parties, for instance, make posters. Their purpose is to produce something direct and strong, which does not need any explanation, where the meaning is the image, where the image, and therefore the meaning, is the product. That’s the goal – to make nothing … it’s close to nothing, but it is something. It is really not easy, but it’s interesting to figure out how to make the ugliest thing in the world into a beautiful thing to look at”. 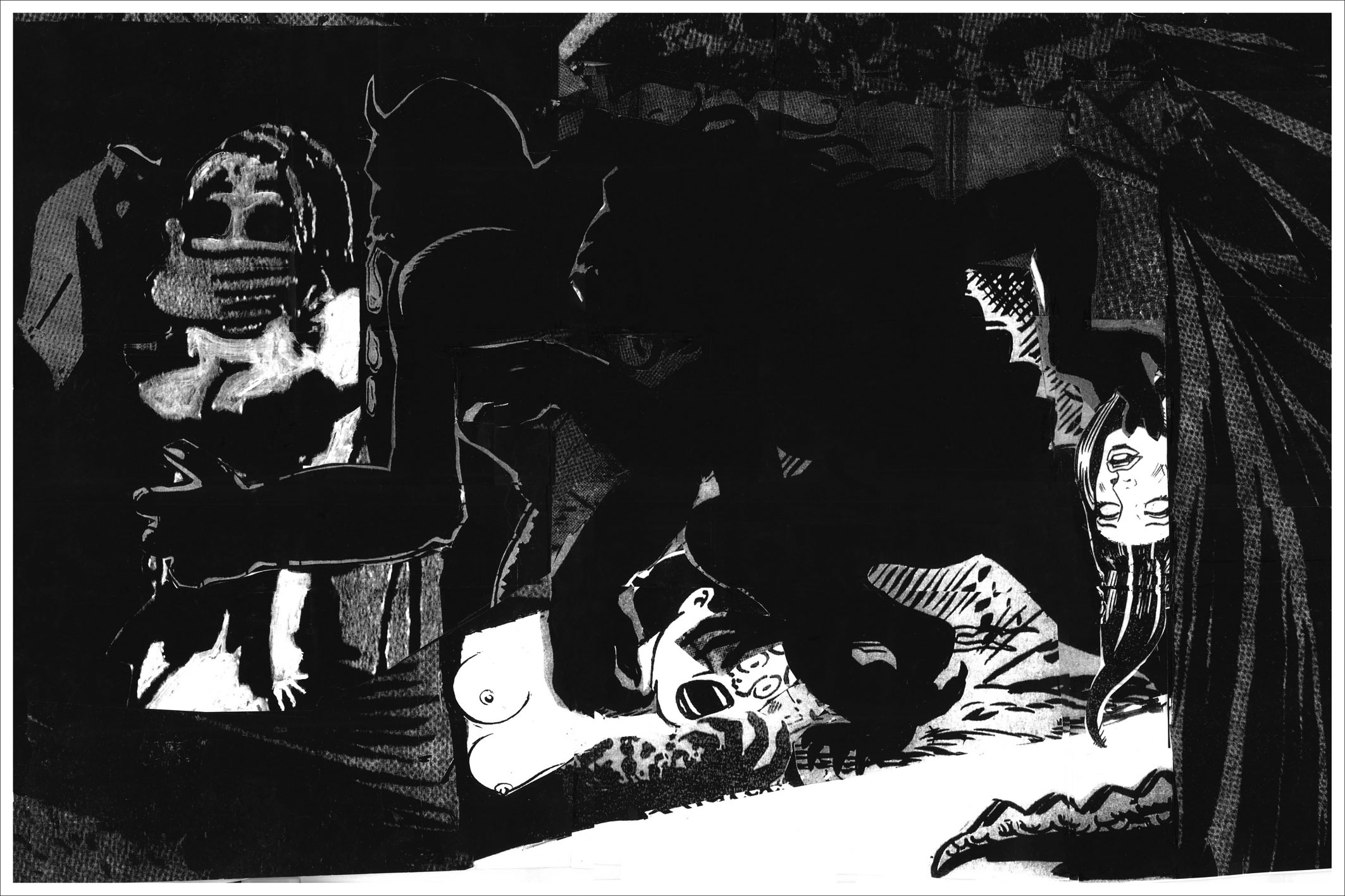 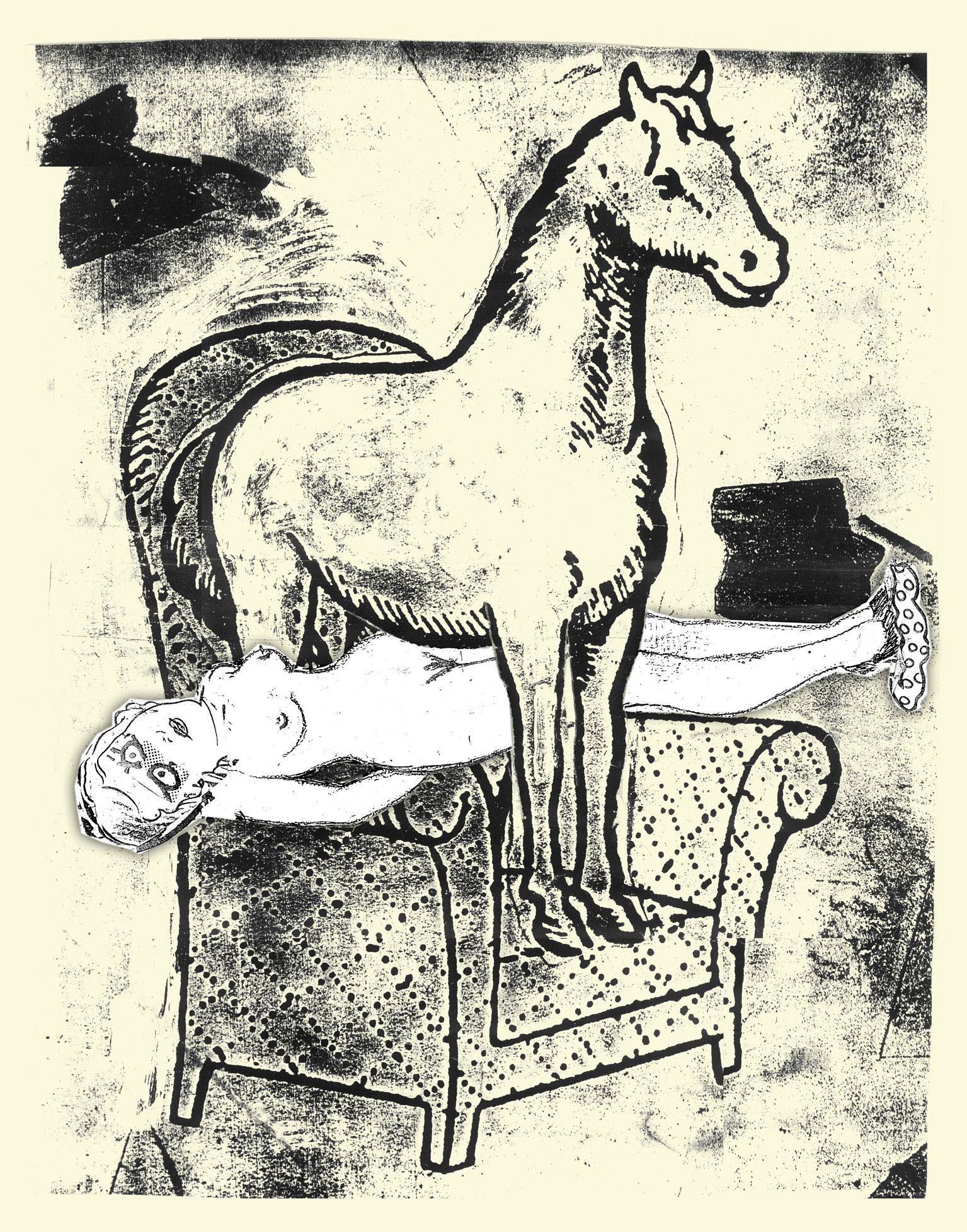 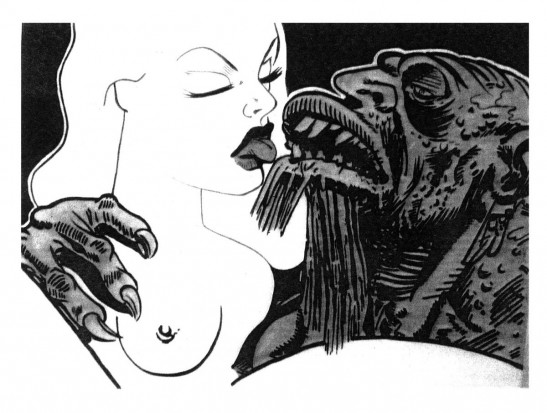