Animus-Anima(L) is the subject matter of the new work of the artist Marianna Katsoulidi. It is an autobiographical work with a wide scope and explicit references to Carl Jung’s theory on the “masculine” and “feminine” elements in collective memory.

Dancers, soldiers, animals, mythical creatures and toys get mixed up in a dance and interact, not only visually, but also in a semantic way. Beyond the apparent childishness and the romanticism of the pictorial choices, there lie both anthropomorphic and animal archetypes that reveal philosophical realities.

The dancers, with their strict lines and rigid poses are a direct reference to the concept of animus, whereas the soldiers with their expressive sweetness clearly relate to anima. According to Carl Jung, anima is the feminine element in a man; animus is the masculine element in a woman. Both of them are dynamic, active elements that characterise the two genders. They stimulate and vivify the soul, driving it towards expressiveness, creativity and the establishment of rapport with the unconscious. They open a path to fulfillment.

Anima is the archetype of life. It represents all the feminine qualities in a man: affectivity, intuition, empathy, affinity with nature, artistic inclinations, the ability of loving intimately and the relationship with the unconscious. For this reason, the male figures in the work appear emotional, fragile, subjective and introspective.

Animus represents all the masculine qualities in a woman, such as objectivity, practical thought, interest about moral laws and intellectuality. In the paintings, this is depicted with the female figures giving the impression of majesty, independence, imperiousness, intellectuality and strength of character.

Chromatically, the notions of anima and animus are amplified by the contrast between the colourless dancers and the vividly colouruful soldiers. The assimilation and depiction of the above components on the canvas render the human figures an androgynous character. In this way, the viewer is invited to identify with and accept the synthetic role of both the masculine and feminine qualities within every human being, which lead to a harmonious totality.

Additionally, animal archetypes are depicted in the syntheses. Either in their actual form, or in the form of toys, they represent the most primitive and pure traits - courage, honesty, faith, integrity, givingness. They play the role of a spiritual guide and guardian with a mocking and sometimes sarcastic disposition. They function in a compensatory way to the austerity of human forms and of the technique, adding a lighter and more tender visual note.

In her new work, the artist retains her aesthetic identity, but evolves her technique. Her pictorial ground, the way she chooses to interpret and express her subject matter is representational with an emphasis to geometry. This comes about as a result of the extensive use of roll for the application of paint on the canvas, combined with the flat backgrounds. In fact, there are parts where the figures take on an almost cubistic character.

In her syntheses the dominant lines and organisational axes begin from the nexus of the figures and expand according to the rules of geometry, ending to either linear background “cuts”, or to fading endpoints of the roll, or to completely monochromatic block fields. Figure complexes are unfolding on a scenography of almost colourless flat backgrounds. The directional lines are centrifugal, suggesting openness and a desire for communication.

In contrast with the level background, the forms are developing three-dimensionally on many different levels. The shapes are clearly contoured, and their volumes emerge amid “dramatic” shadings. The vigor of the line interacts with colour, making an appealing visual narration.

The artist attempts bold, reformatting interventions on the figures, following either consistently or more freely sometimes, the canons of light and colour. Aesthetically, this results in a dynamic dialogue between the individual components of the artwork: line, colour, light and shade.

The colour or its absence is an integral structural component of Katsoulidi’s works. It gives emphasis on specific parts and morphological elements, while maintaining at the same time its expressionistic character. The dominance of white, black and grey is disrupted by “explosions” of red, yellow, blue and green in a variety of gradations.

All in all, the work invites the viewer in many different ways. Firstly, it targets his aesthetic delight, with an artistic visual effect. Secondly, it calls on him to unfold the little stories that are taking place on the canvas from an autobiographical angle, where shapes and marks beget personal meanings. Finally, messages and symbolical values raise concerns about the complexity and the dynamic balance of human relations, through the personal experiences of the two genders.

Katsoulidi’s artistic expression in this work sums up to an attempt to approach human nature and soul – that inner something that “is” and “exists”. She makes the viewers aware of the inherent unconscious tendency to identify, depict and at the same time distinguish between the two aspects of the psyche: the feminine and masculine archetypes. She then challenges the balance between these two aspects, making her work a lyrical acceptance of the world and humanity, as they stand. 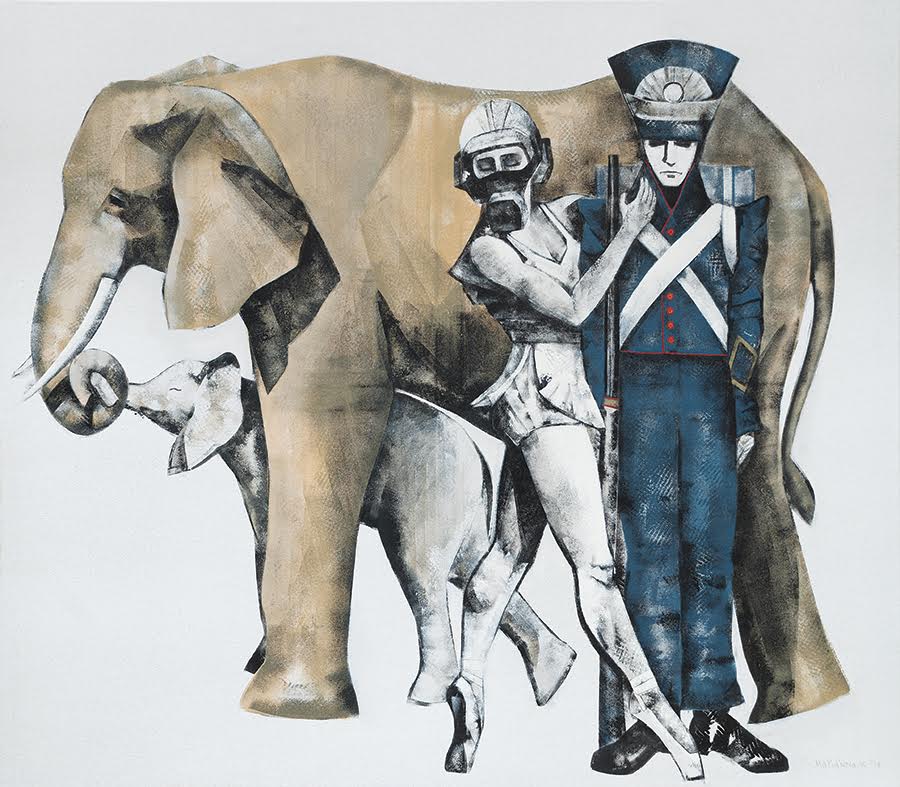 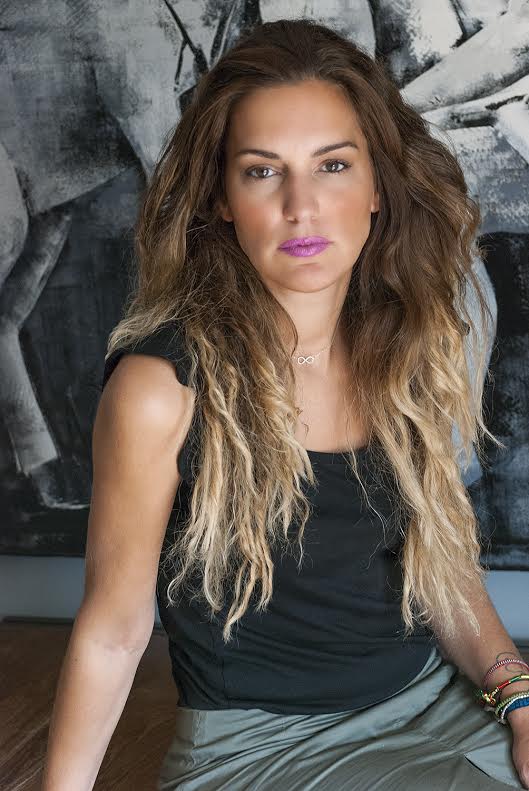 Marianna Katsoulidi was born in Athens in 1979.

From 2000 until 2005 she studied Painting in Athens School of Fine Arts under professor Triantafyllos Patraskides.

In 2006-2008, she continued her studies in the Postgraduate Visual Arts Programme of A.S.F.A. under professor Tasos Christakis.

She has done six solo shows and participated in over 30 group exhibitions. Her works are to be found in Frissiras Museum collection, in  Moschandreou collection, in Luciano Benetton collection and in many private collections in Greece and abroad.

She has also worked with Stage Design and Engraving, and, in recent years, has been teaching Design, Colour and Engraving in Vellios School of Art. She takes a keen interest in the applications of Painting in modern psychotherapy.

She lives and works in Athens, Greece. 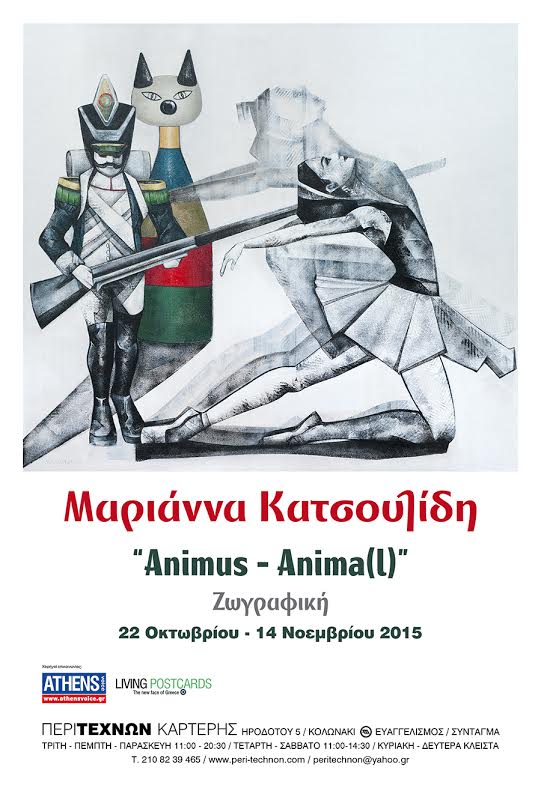