Her paintings inscribe themselves in the tradition of realism. She shifts the adherence to the representational, however, by adopting forms of digital image production; conversely, she counters those forms with an impenetrable rendering. The technical dimension is mirrored in the chromatic saturation of the canvas without the slightest expressive gesture; a subtle colourism responds to the digital manipulation of colour, and the combination of heterogeneous pictorial elements to form an unalterable unity transforms the boundless availability of images. Polyzoidou draws from her archive of personal images as well as from the vast stock of images circulating on the web. Whereas intimate pictures are dissociated from the person and claim public visibility, anonymously produced and generally accessible images are conceded unique meaning. Polyzoidou’s painting makes reference to the spheres of the private and the public, the virtual and the corporal – every painting is a momentary concretization of an unstable and destabilizing interface between the various realms.
The paintings function as fragments. Many look like tightly cropped details of a far more expansive constellation. The objects are positioned in such a way that no further change is conceivable. They are distinguished by immobility, oppressive silence, impermeability (even if a stage-like space is depicted) and distance (however close a thing might be). Their cohesion is brought about by pressure generated with the means of painting and further heightened by theatrical set pieces of Baroque pathos. They do not come together of their own accord; their affiliation, rather, is imposed upon them from the outside and after the fact. Yet however irreversible this affiliation might appear, it nevertheless remains precarious. The three-dimensionally painted hand of a child rests on a completely flat patch of colour to be read as a human back; the projection of a black-and-white picture on the wall collides with a vividly red billowing bedspread; the lights of a Christmas tree, glowing feebly in the dark, defy reconciliation with the brightly illuminated back of a sofa. Mutually distinguished from one another, the objects provide occasion for the introduction of contours, cuts and sharp edges that slice through every scene.
Painterly violence enforces momentarily cohesive images of a reality that has already dissolved into freely floating particles. Taken together, the paintings in Incident expose an apocalyptic vision. The light that models the bodies and illuminates the spaces is the light of a far-distant, already long-extinguished star. 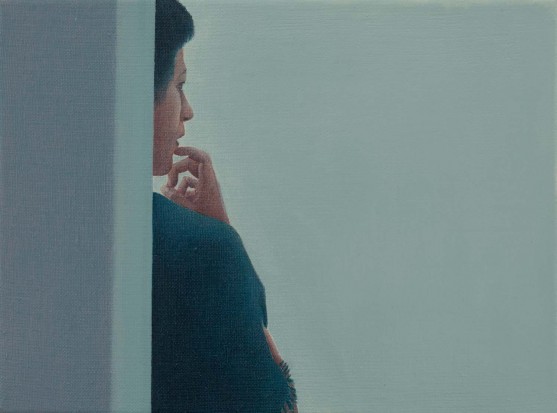 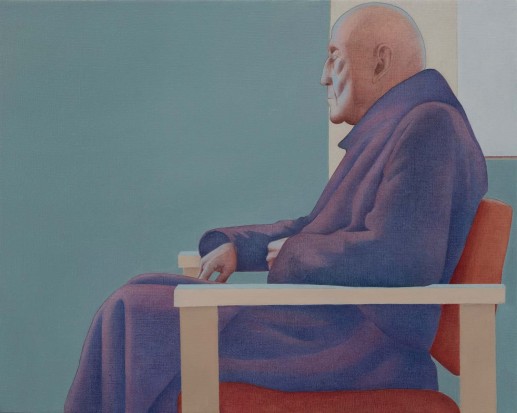 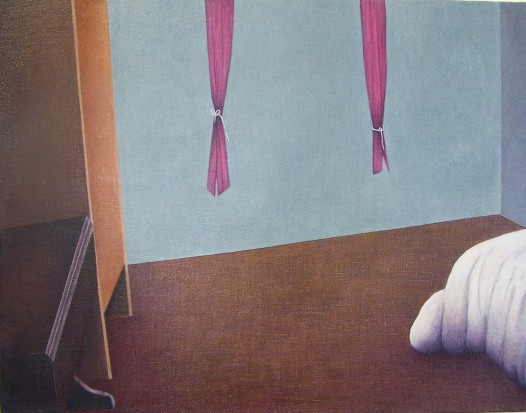