Konstantinos Papamichalopoulos (born 1975) studied art at the "School of Fine Arts" with Rena Papaspyrou and etching with Michalis Arfaras.

He is a PhD candidate in the department of Media, Communication and Culture of Panteion University.

He belongs to the new generation of artists, which seems to combine traditional media with new technologies.  His work investigates the relationship between occidental and oriental art, the distinction between ‘high’ and ‘low’ as well as the appropriation of non-art by art. Recurrent themes include: Japanese motifs, the concept of the boundary, pop culture references and the impact of media on artistic practice and sensory perception.

The “Great Golden Room” was first exhibited at the Museum of Greek Folk Art in 2015 and was then presented at the Blender Gallery as an integral part of the “Biomorphics” exhibition by White Island Works, which is the artistic duet of Konstantinos Papamichalopoulos himself and Artemis Lydi. In his work, the art of etching is combined with media such as egg- tempera and golden leaves, composing beautiful imagery – gems, which depict the artist’s microcosms.

The exhibition “Talos” took place at the café of the Archaeological Museum of Athens in August, 2016. The exhibition was organized in celebration of the Museum’s 150 years of function and the reformation of its garden. Using Indian ink and paper, the artist produces images of the artificial human as the perfect machine, using elements of the Western culture along with mythical elements. Another series of work presented in the context of the Talos exhibition, are the sixteen depictions of plants which can be found in the garden of the Museum’s atrium. 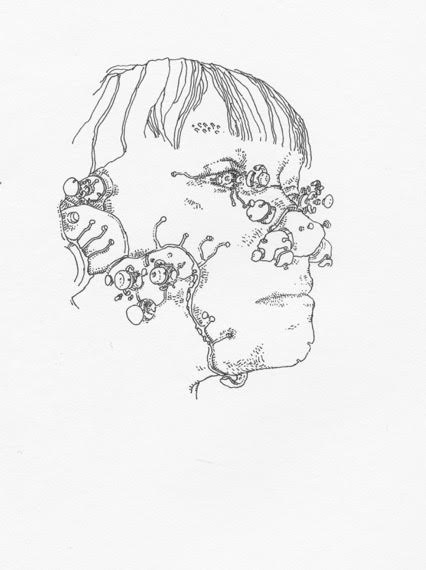 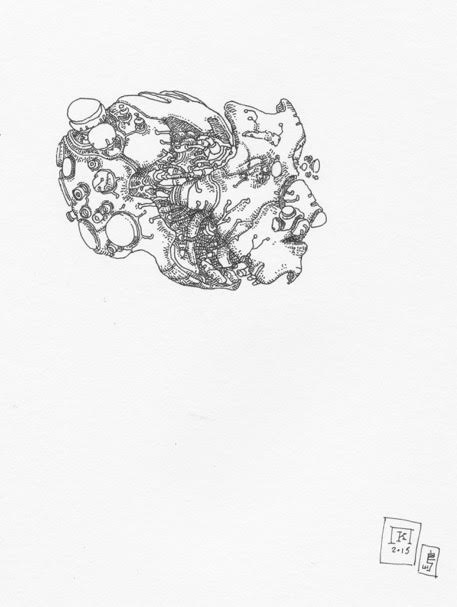 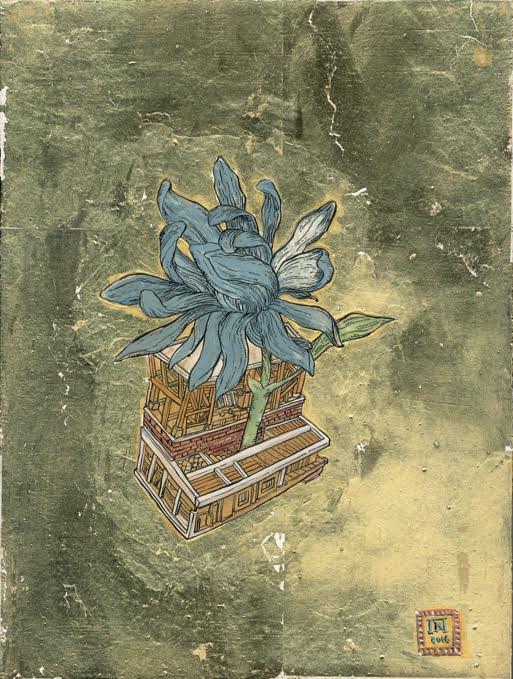 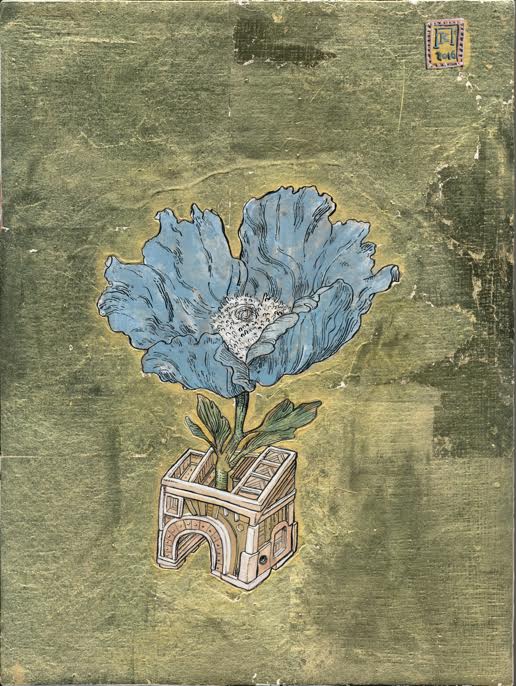 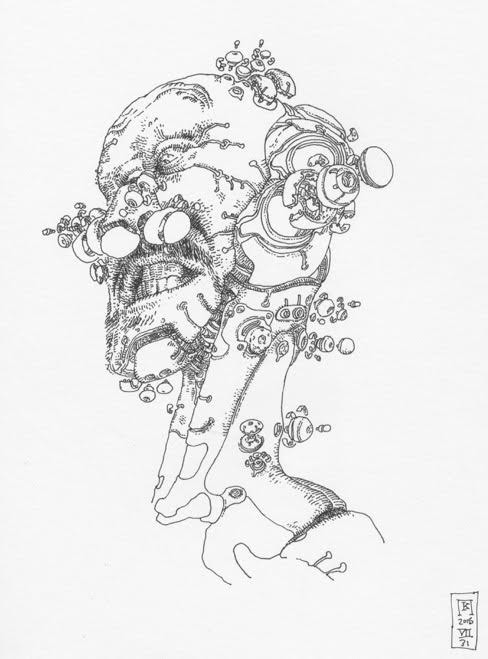 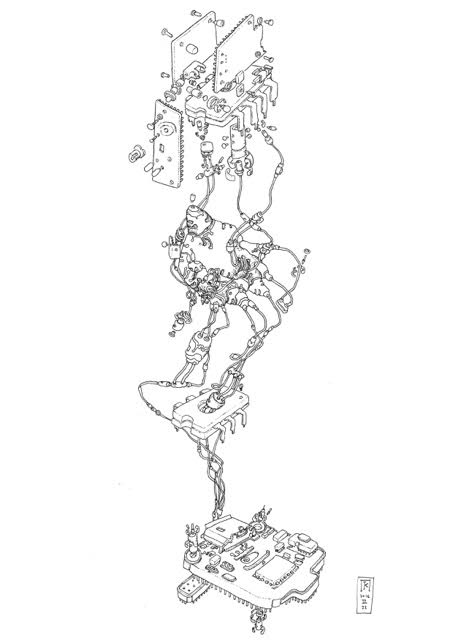