He initially studied painting under Panos Sarafianos and then at the School of Fine Arts under Yannis Moralis and Giorgos Mavroidis, as well as set design under Vasilis Vasileiadis. From 1968 to 1974 he travelled to North and South America and lived in Paris, London and West Berlin, where he had the opportunity to get to know both European art and modern currents, pop art and critical realism in particular. Along with his painting he has been professionally involved with cartoons (1959-1984), working as a political cartoonist with newspapers and magazines, both in Greece and abroad. He was also involved with advertising, stage design and the illustration of books with cartoons and in this context published the album, Ο τρελλός και οι άλλοι (The Madman and the Others) (Montreal, 1969).

He started to exhibit in 1961 presenting his work in solo and group exhibitions of painting and cartoons in Greece and abroad.

The human face is at the center of his painting. Familiar faces or famous faces from the mass media are projected from within a metaphysical atmosphere and rendered with intense realistic detail derived from photographic depictions; this is then combined with an endeavor to penetrate into the personalities themselves with an emphasis placed on characteristic expressions. For a period his interest was focused on political subjects, as well as compositions of a metaphysical and surrealistic character, while in the latest stages of his work, though remaining faithful to his realistic style, he has turned to the depiction of stations on the Athens Underground, which tend to take on a symbolic character. 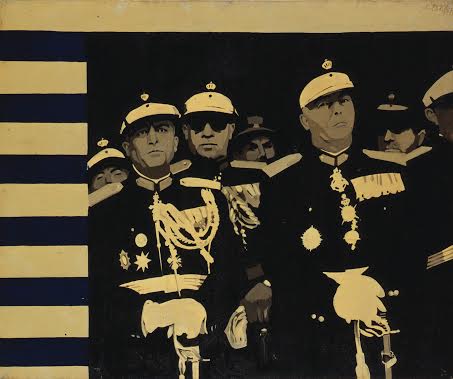 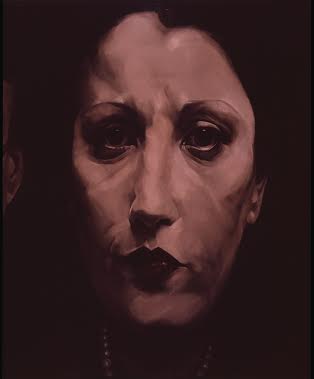