Antonis Donef, born in 1978, lives and works in Athens. He studied at the Athens School of Fine Arts and the University of Fine Arts in Madrid. He has exhibited in numerous solo and group shows in Greece and abroad. In 2010 he received the Art House Shanghai Award, while in 2005 he was one of the six graduates of the School of Fine Arts to receive an award in the framework of the “A Great Moment for Culture: The Presentation of New Creators – Eurobank Private Banking”. His works can be found in important collections in Greece, Italy, United Arab Emirates, China, the United States et al.

Kalfayan Galleries are pleased to present at their Athens space the solo show of the acclaimed Greek artist Antonis Donef. Titled ‘The Cheat’ the exhibition opens on Thursday, 2 November 2017, 20.00 – 22.00.

Antonis Donef, well-known for his elaborate, calligraphic ink-drawings on archive printed material (pages of books, newspapers et al.) mounted on canvas, discloses another aspect of a highly personal theory on knowledge. The gallery space is transformed into a palimpsest which is infused with an ingenious and caustic sense of humor and attempts to map the meaning of art and knowledge, in some cases introspectively, and in others looking outwards, investigating the socio-political role of art and artist.

Focal point of the exhibition is Antonis Donef’s first large scale sculptural installation titled ‘Cheating in Art History’: 370 lidless black pens are lined up on consecutive rows of black minimalistic tables referencing school desks. The rows of pens lead to an open book. A closer look reveals that the pens bear inscribed texts. When Donef was studying at the School of Fine Arts in Athens, he utilized effectively his talent in working and drawing in a very small scale and engraved with a needle extracts from the book-‘bible’ of E.H. Gombrich,‘The Story of Art’, on each one of the 30 pens he used during an exam. With no fear for public exposure, rather more in a provocative and (self) sarcastic manner, the artist shares a fragment of his autobiography raising questions not only on the meaning of knowledge and the process of learning, but also regarding the relation between art theory, artwork/artist and viewer-receiver. At the same time, the result of the time-consuming and arduous procedure of cheating described above was the in-depth knowledge and memorization of the copied texts. This self-negating nature of the cheating method is expressed vividly in the artwork:  while all the pens which appear to have been used are black, the open book –part of the installation- bears notes in blue pen.

Donef’s interest in exploring the boundaries of knowledge, but also of theories on learning, is mirrored also in the new series of wall works: intricate multilayered collages comprised of cut-outs from vintage maps which the artist has collected during his travels in Greece and abroad. The deconstruction and reassembling of extracts from different maps create new maps, in which the official borders are interweaved and ultimately canceled. These geographical palimpsests illustrate the current geopolitical turmoil around the world. Furthermore, they redefine and reinterpret the already mapped knowledge while questioning polarizing and inflexible learning strategies which are indifferent towards the uniqueness of dissimilarity. 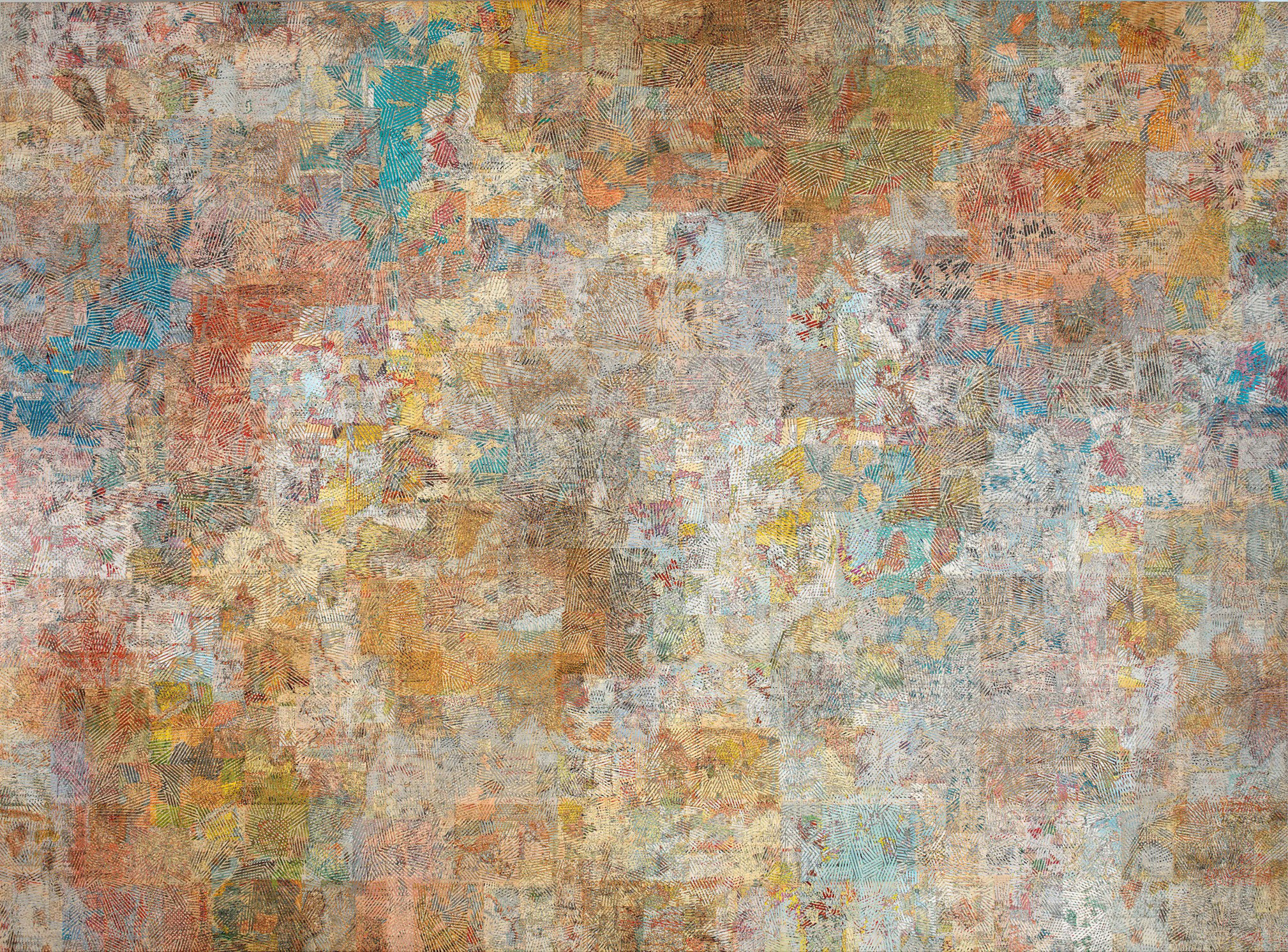 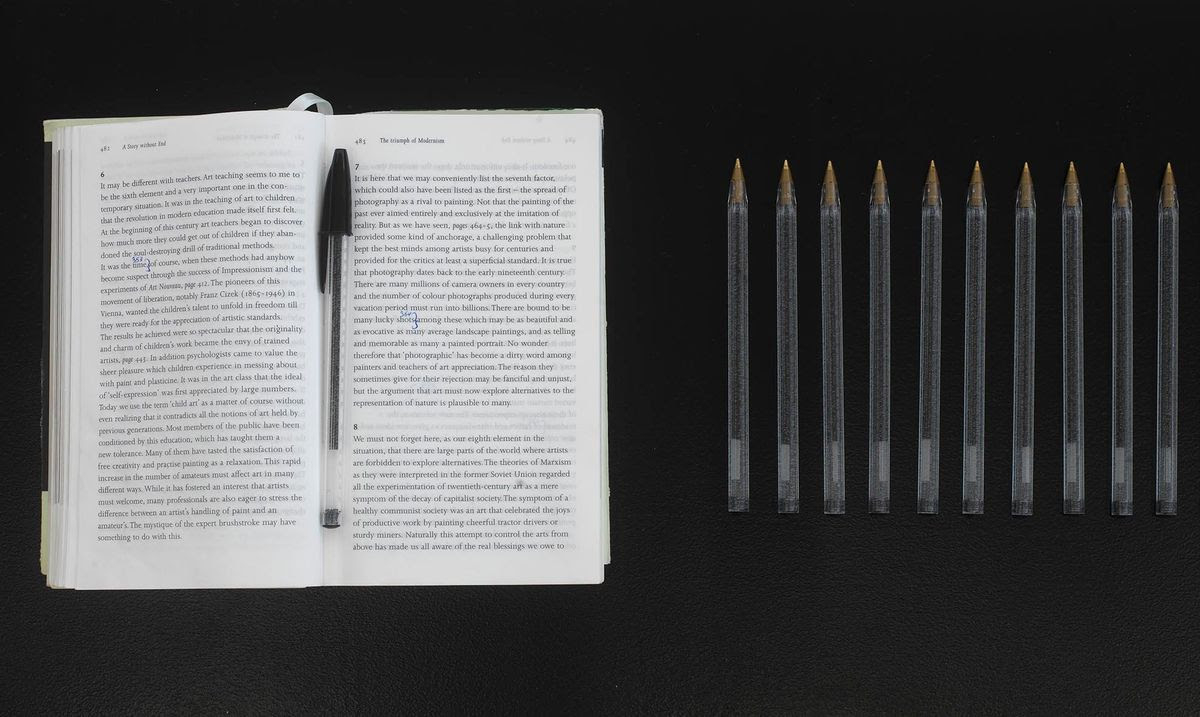