He is professionally engaged in music since 1986.

Dimitris is a multi-instrumentalist who jointed forces with the great majority of Greek artists – composers, musicians and vocalists, while the most long-standing collaborations was with the composer and performerNikos Papazoglou and his band “Loxi Falagga” (Oblique Phalanx), and the composer, songwriter and performerThanasis Papakonstantinou.

Dimitris, is a multi-tasking music professional, who researches, teaches, writes, records and of course performs Rembetiko songs for more than two decades all over Europe. He has performed in World Music festivals and venues across Europe with his former band Apsilies and as a member of My Sweet Canary Ensemble. He has performed in the opening ceremony of WOMEX 2012 in his hometown, Thessaloniki, both with Apsilies and My Sweet Canary Ensemble.

He participated in International Lute Players Meeting, held in Athens at Athens Concert Hall in April 2005, along with 15 other artists from across Mediterranean, soloing with lute.

Dimitris presented the concert The Artistry of Folk Guitar in Rembetiko in March 2011 at Thessaloniki Concert Hall, and in November 2011 at Athens Concert Hall, along with Yiorgos Dalaras and Martha Frintzila.

His constant commitment and effort to preserve and highlight the art of folk (rembetiko) guitar addressed him last year to UNESCO, where he applied for the safeguarding of Greek folk guitar playing techniques as Intangible Cultural Heritage of Humanity.

In December 2006, he released his first solo album, 16 Rembetika tragoudia me kithara (16 Rembetika for Guitar), in which for the first time in Greek music history rembetiko songs were arranged exclusively for folk guitar. This work was so impactful that nowadays numerous rembetiko bands are following Dimitris’ steps.

World Music Network (UK) showcased this album and included it in Rough Guide’s album Greek Café as bonus CD, while Introducing released it in digital in 2012.

His zeal to approach rembetiko repertoire to all its depth and width, led him to release, along with Evgenios Voulgaris, Apostolos Tsardakas and Theodora Athanasiou, the second album Apsilies (2009) with rembetiko songs from pre-war and Smyrna (Ismir) era and his third album, Psithirizontas to Rembetiko (Whispering Rembetiko), along with Evgenios Voulgaris in 2013, with rembetiko songs arranged for folk guitar and yayli tanbour.

His latest album Esperanto, the second solo recording, released in November 2015, including sixteen songs from the post-war repertoire, exclusively arranged and performed with guitar and with the participation of some of the greatest Greek vocalists.

Along with Esperanto album release Dimitris and his band – all former students of his – are currently performingEsperanto, the Rembetiko Guitar Project, an anthology of the most important rembetiko songs of the 20th century arranged exclusively for guitar. Keeping the eastern aura of the genre, Dimitris enriches its performing with influences from blues and manouche, while his arrangement exclusively for guitar functions as a common “language” (an Esperanto) to diverse audiences. The performance covers the four distinct periods of rembetiko, not just the classical period, which is widely known.

In February 2016 he participated as a performer in TEDxAthens 2016 where, besides his performance, he discoursed about Greek folk music. Video 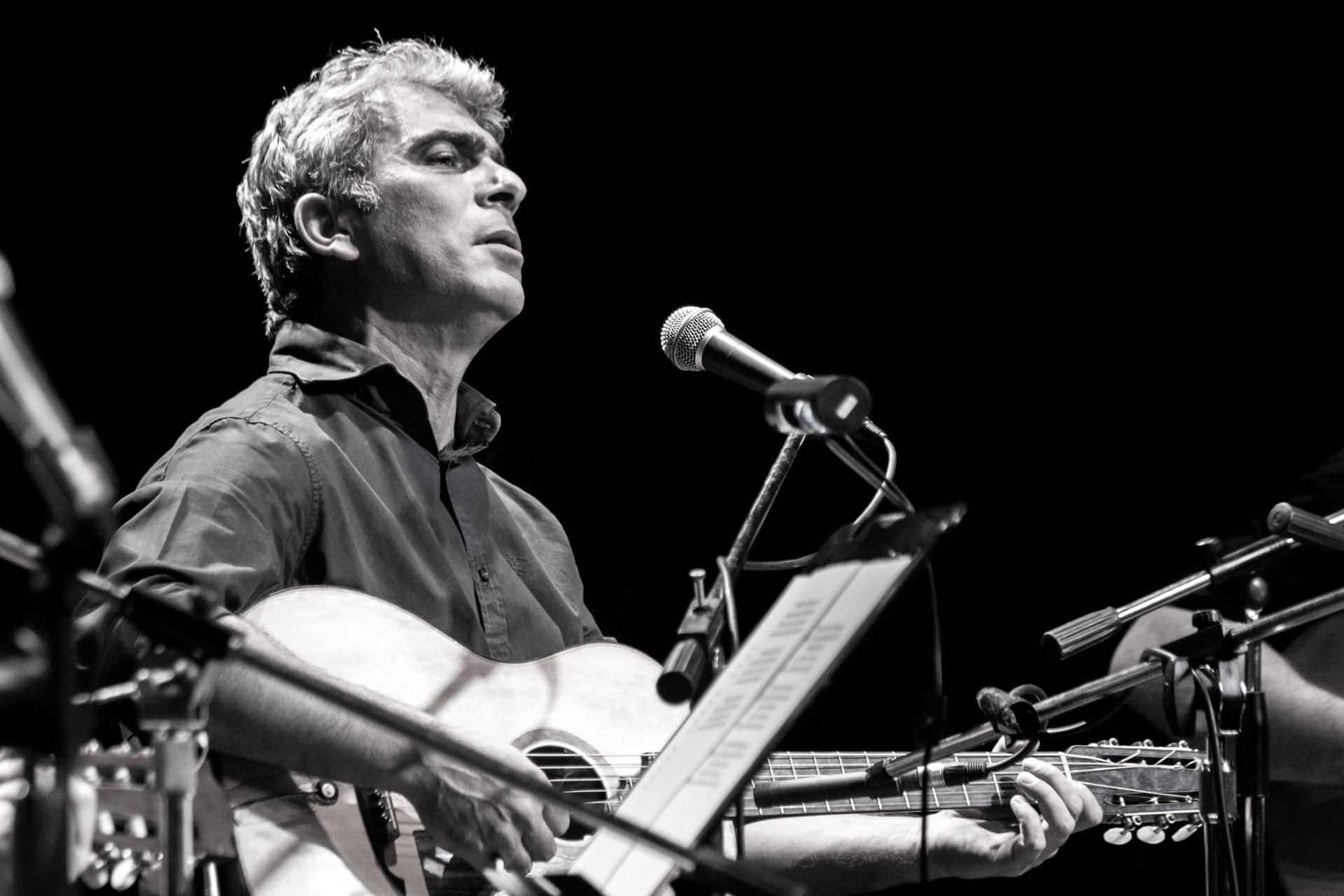