...How did you came up with this concept? Was it an inner necessity or just a good ''market''idea?

-I was thinking about starting a street food stall for 3 years before I actually made the big step. I always loved food markets. You can literally find food from anywhere in the world in those markets. And it will cost less than having a meal at a restaurant. So if you like food, you end up going to markets a lot! The concept came in different stages. Actually the initial idea was to make Cretan Dakos and not Souvlaki. But in the cold winter people want something hot to eat so I quickly changed my mind. I put a lot of thought into how to create a visually pleasing stall that would capture people’s attention. So in collaboration with other people’s creativity we came up with the current setup.

How do your clients react? They find the whole concept a little bit ‘’exotic''?

-There’s definitely the “exotic” element with anything that’s from another country. Generally people don't know what a Souvlaki is. Some people even call it a Slovaki, which I find rather funny. But they understand that it is something that’s made with care and it’s ingredients are natural and handmade. The people that have had a Souvlaki before are people that have visited Greece or people from Australia, Canada, the US and Germany that there is a large Greek community. In London eating a Souvlaki is still quite new.

What is the biggest difference between Athens and London in daily basis? Is  life easier there?

-The sunlight, or perhaps the lack of it in London. I’m only joking! I’m going to try not to moan about the weather yet again! The main difference is how diverse  London is as a city. You can find people (and food) from literally everywhere in the world, to such a degree that I can say that it is THE world’s global city. Probably more than New York or any other global city. And that’s truly fantastic.

I wouldn't say that life in London is easy. On the contrary, it can be quite tough at times. Rents are very expensive, and so is taking the underground. It is generally a very busy city and the pace is very fast. Definitely faster that the pace of life in Athens.

''Crisis''. Are you optimistic? Do you see a light in the end of the tunnel eventually?

-Yes! There will be light at the end of the tunnel. There has to be! There always is! I think we should focus more on the positive things that came out of the crisis and think of creative ways on how to use them to our advantage.

When I was growing up in the 90’s I remember there was a general xenomania (love for anything foreign) in Greece with products that were made abroad. Anything that was made in Greece was considered inferior and especially when you’re at that age you want the coolest brands. I think the crisis changed that and it brought a new pride for products made locally that wasn't there before. And that’s perhaps why we’re seeing more and more start-ups especially in the food sector.

''Greek cuisine''. Personally I think its our best ambassador abroad. What does it take from your point of view in order to make it more famous?

-It certainly is our best ambassador abroad and that’s one of the reasons why I started a food stall. I grew tired of finding Greek Humous and Greek Tabouleh in certain places. The first time I tried Humous and Tabouleh was when I moved to the UK. There’s generally an outdated image of Greek food and culture in the UK. People still think that we smash plates and drink Ouzo… Ok maybe some people do drink Ouzo. But do we still smash plates?! If we do please email me a photo as proof!

I think in order to make it more famous we need to take some examples from the Italians. Coming to think about it, when you say Italian food, it is almost like you’re referring to a brand. And it is a high quality brand. That’s what we need to do with Greek food. And judging from the way things have evolved in the last 5 years, it is already happening. I think if Greek food starts to gain more attention and people like it, it will become more and more popular and it will slowly move away from the foods that are considered to be stereotypically Greek.

Your next business goals?

-The Athenian has already grown quite a bit in a very short time, so I think at this point it’s hard to predict which direction it will take. I want the food to stay hand and home made. Every time I eat something that's mass produced, I can really taste the difference. All I know is that I want it to stay true to the food I grew up with, but also evolve in line with the food in Greece today. I think the biggest challenge with Greeks taking their food abroad has been the fact that after a certain point they lose touch with the country and the food stops evolving, whereas the food in Greece moves on into new directions.

The recipe your clients love mostly?

-To my surprise the most popular souvlaki is the vegetarian one that I make with Talagani cheese. Talagani is from Messinia and it’s an evolution of halloumi cheese so it’s grilled without melting. It’s less salty and has won a few awards. People that come to my stall are looking for something healthy and tasty, and for some people a vegetarian option is healthier than something with meat. My home made dips are also popular, as well as the chicken souvlaki!

Why ''London''? Why should someone invest in his own business in this city? We see many Greeks own very successful food concepts there!

-I think London is probably one of the easiest places in the world to setup a business. The bureaucracy is virtually non existent, and the infrastructure is made for people that want to start a business. This doesn't mean that it is easy. Starting a business anywhere comes with risks attached and it’s not an easy task. It really comes down to how committed one is in order to take it to the next level. The one thing that makes things really hard for start-ups is renting a property. Rents continue to skyrocket and especially if you're a business you are expected to pay even more.

Confide in us.....what is your key to success?

-Perhaps what people like about The Athenian is that it has a clear identity, a simple menu and a visually pleasing setup. I truly think that if I want the food to go further I need to stay true to my values and authenticity of my food.

Greece is just a place for summer vacation or so much more…..?

-Greece has very diverse and dramatic landscapes, regardless of season. Not many people know that in continental Greece there are Ski resorts that are just as good as the ones in central Europe. What I would like to see Greece become though is a business hub. The current levels of bureaucracy put a lot of people off from starting a business. There needs to be motivation for young businesses to flourish. As a country, Greece is full of people with ideas, a rich gastronomy, agricultural products of exceptional quality, and in recent years a lot of technologically minded young people too. And I know plenty of Greeks that live in London that would move back home if the situation stabilised and there was a good infrastructure for new businesses. What holds people back from becoming entrepreneurs is a general lack of entrepreneurial culture, which in the UK starts as early as secondary school - and when you live in London it simply surrounds you- and a lack of a simplified system that makes starting anything up overly complicated and expensive. But I am staying hopeful that this will change in the near future! And projects like Living Postcards are definitely contributing towards that! 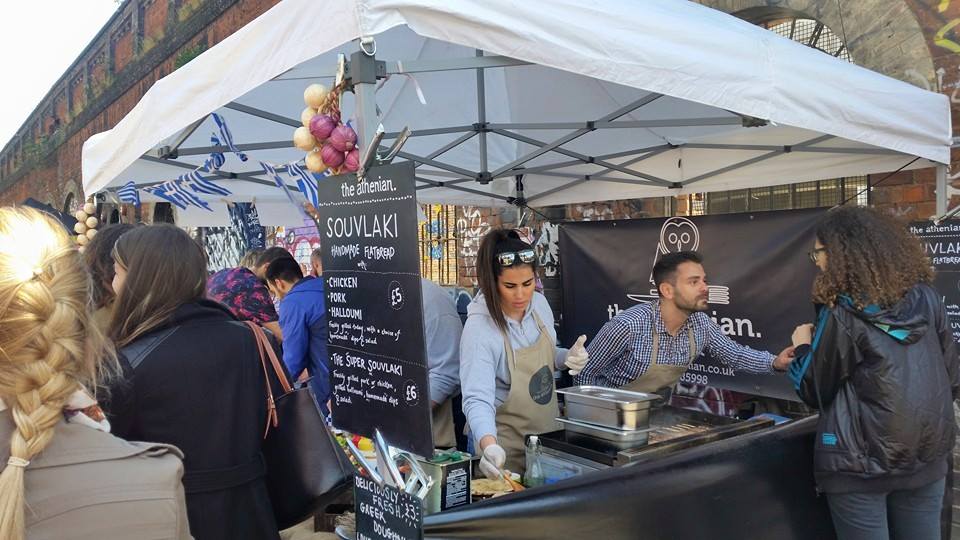 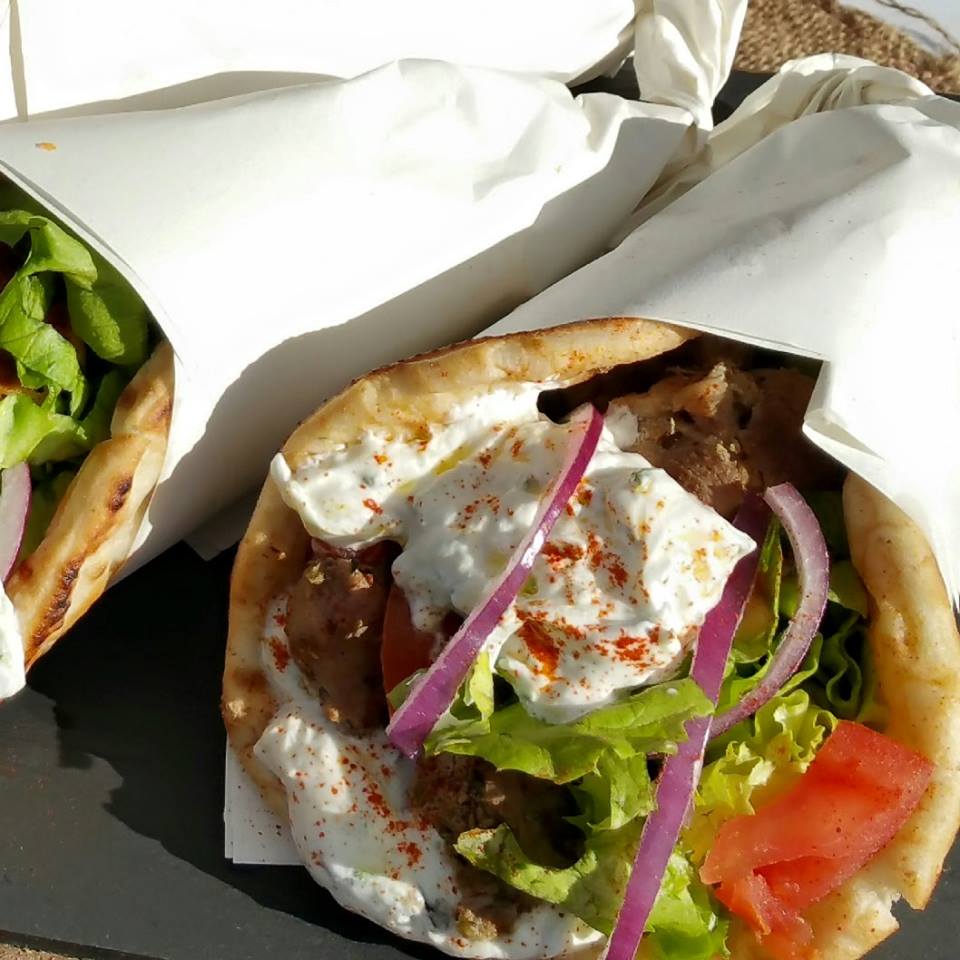 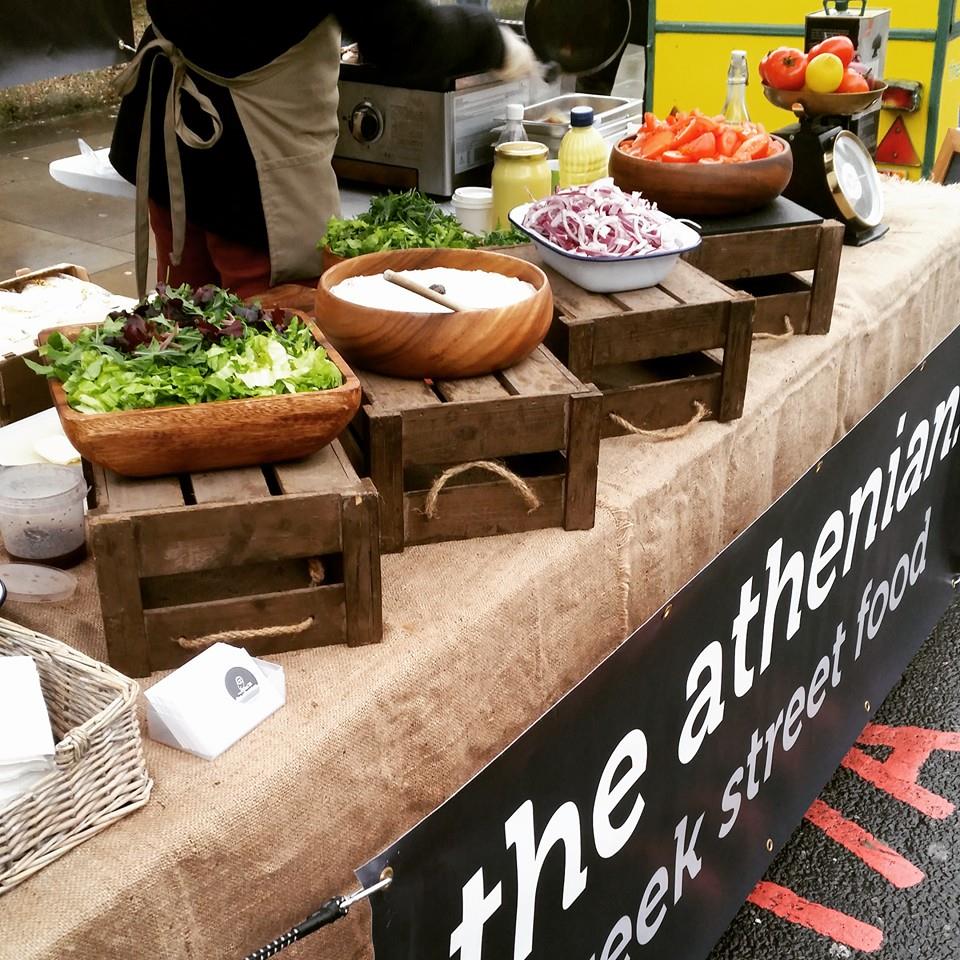 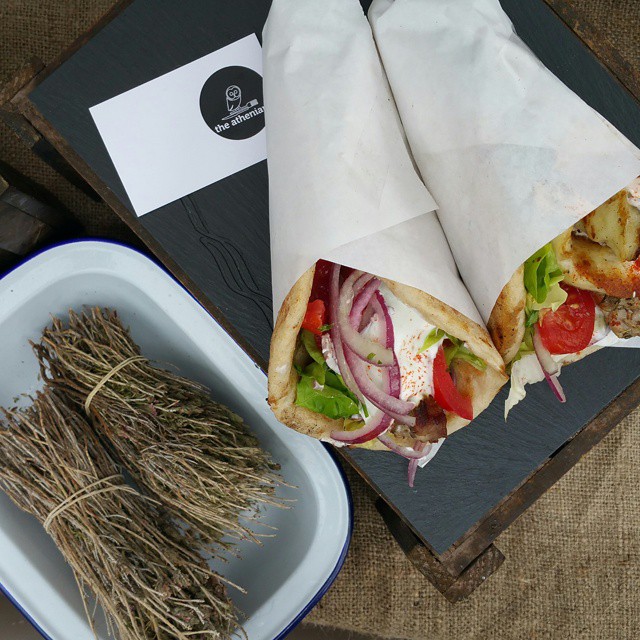