Tolis Tatolas was born in Katerini, Greece in 1978. He lives and works in Athens as a spatial designer and visual artist. He studied Interior Design at the Vakalo College of Art and Deisgn/University of Derby and Biology at the Aristotle University of Thessaloniki. He has had solo shows and participated in group shows in Greece and abroad (UK/Austria). He has published the book Animals in the Homeric Age (2005, Erodios), and contributed to Science and Tehcnology in Homeric Epics (2008, Springer). Articles and works by him have been published in the Greek and international press. He has curated the sets and costumes of works by Greek and international writers in Athens (Megaron – The Athens Concert Hall, Aggelon Vima etc.). Works of his are part of private collections in Greece and abroad. He has been a member of the Chamber of Fine Arts of Greece since 2014. 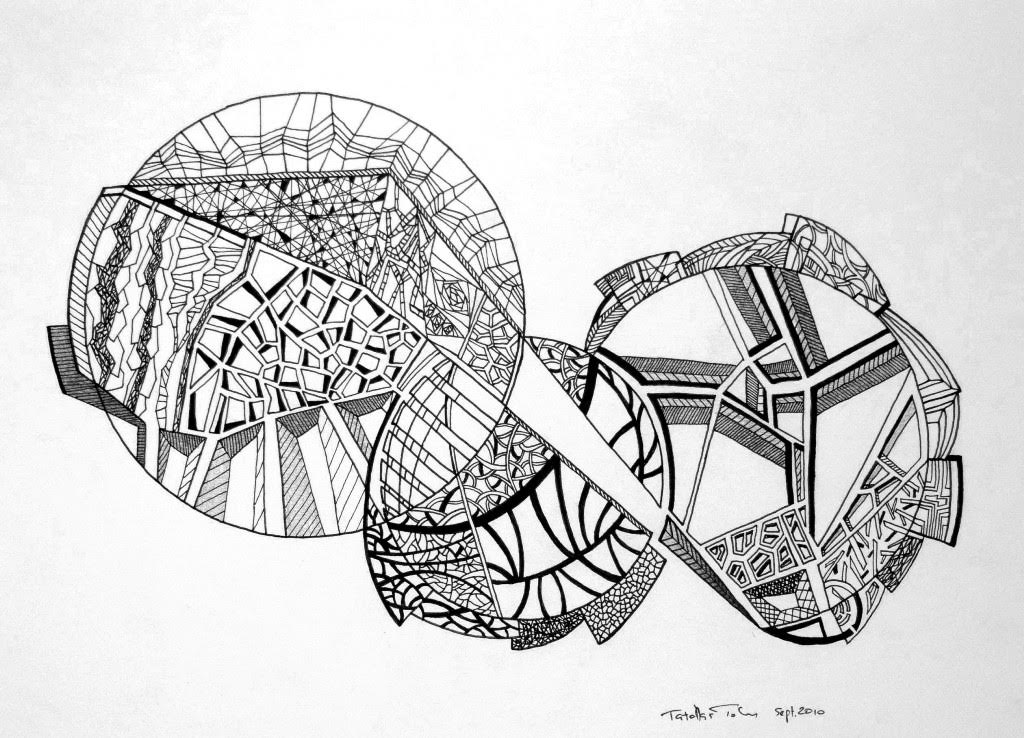 'Emergence' is an exhibition of works by Athens-based artist Tolis Tatolas. It showcases drawings of various sizes, made with pen, pencil and colour pencils on paper between 2009 and today.

In Tatolas’s work one is faced with dystopic, chaotic and suffocating ‘landscapes’ that derive from architectural lines growing anarchically into specific forms. These compositions resemble peculiar plans of a hitherto unknown, emergent ‘geography’ – a hybrid of excavation traces, aerial photographs of complex city webs and pictures taken through microscopes of biology labs. Even though they are two-dimensional, Tatolas’s works seem to be incessantly moving, in a potentially perpetual expansion of their structures in space and time, crowding and struggling in a quest for dominance.

The resulting chaos gets self-organised as if from within, obeying an organic dynamic from which the human factor is totally absent. The latter, however, is implied through elements of architecture such as remains, roads and channels; biology, such as joints and synapses of nerve cells; and language, ranging from Sumerian alphabet through to binary code.
As the artists notes, ‘the clash and dialogue between [these elements] create a new syntax of expansion and correlation… a dystopia where everything is undefined, almost incomprehensible, albeit controlled through a tight system-representative of meta-logic and meta-ethics. The disorder-entropy of the system grows and, through a dubious itinerary tends towards an indefinable and uncertain future.’ 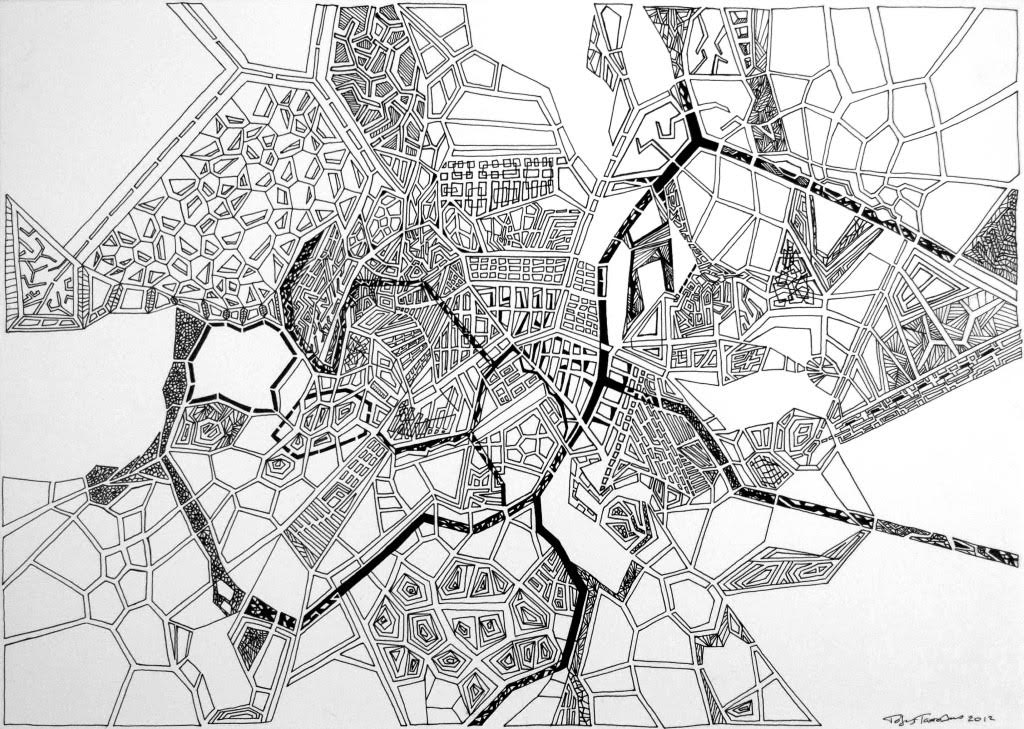 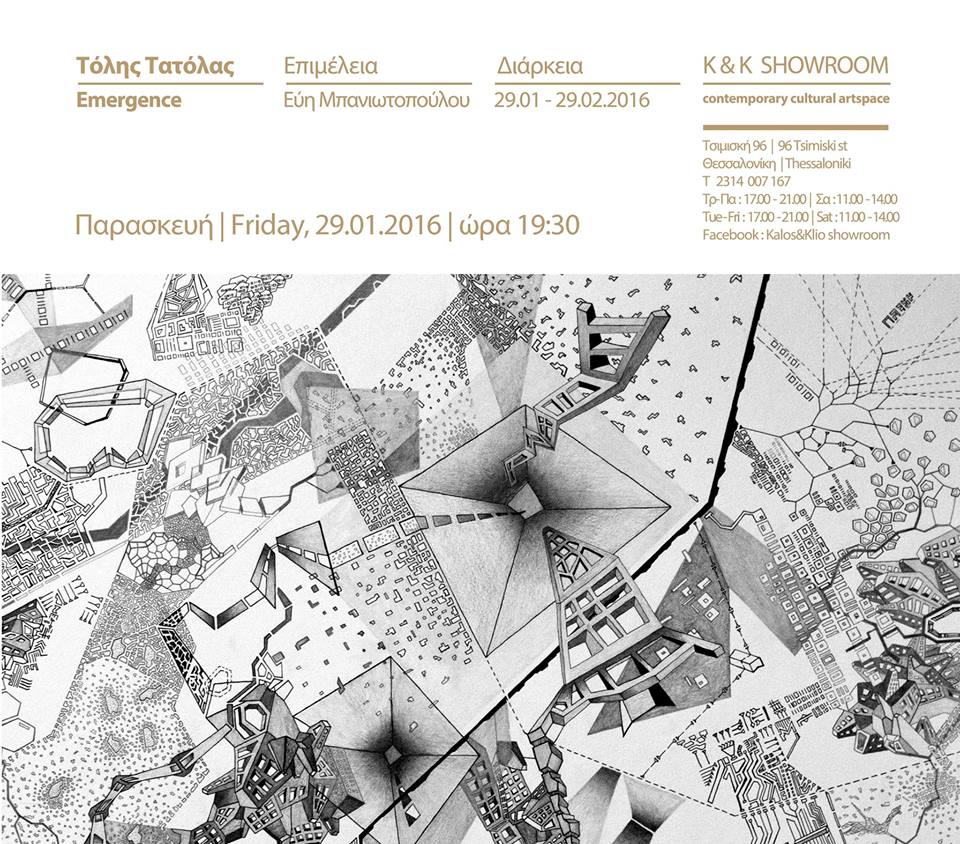 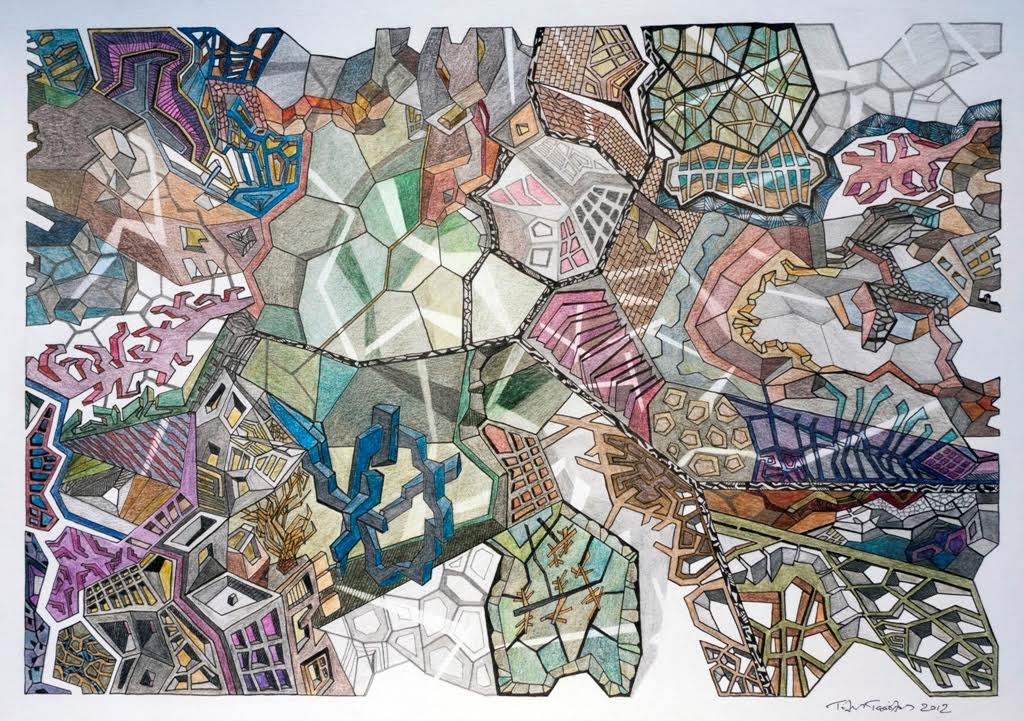 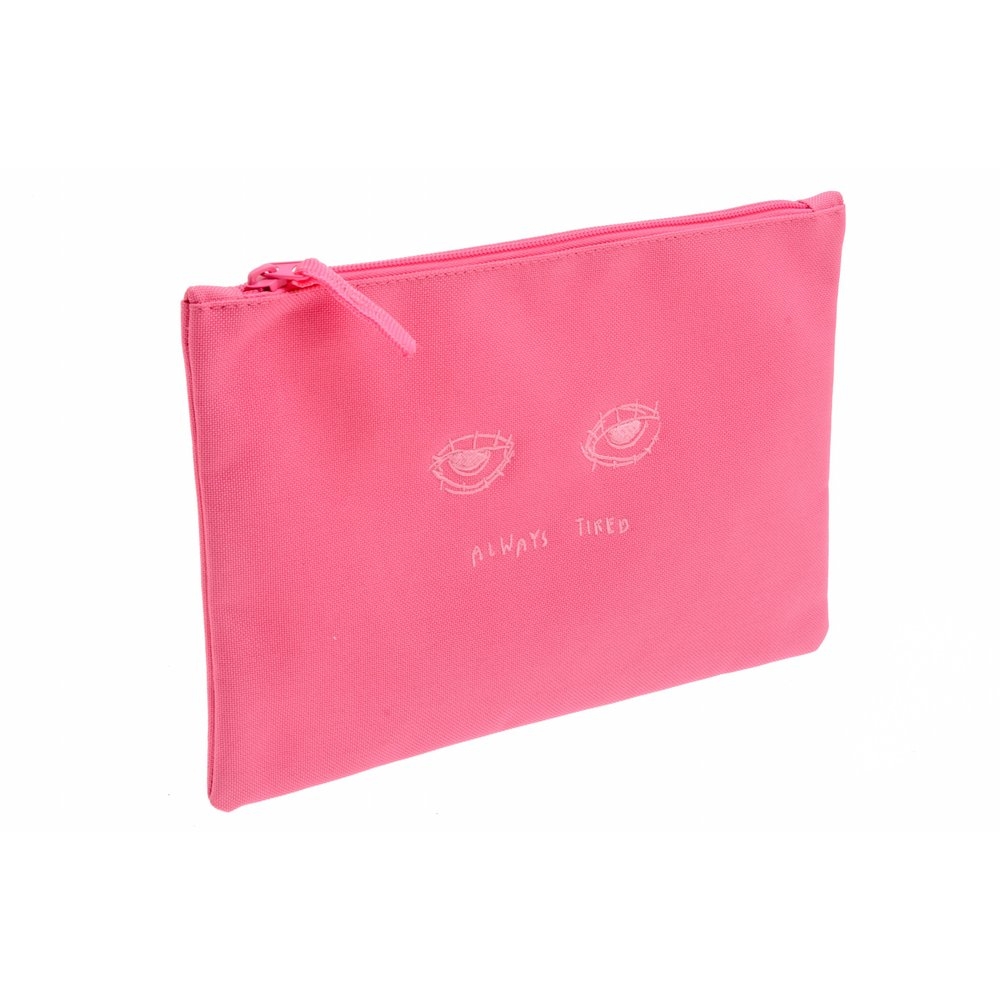 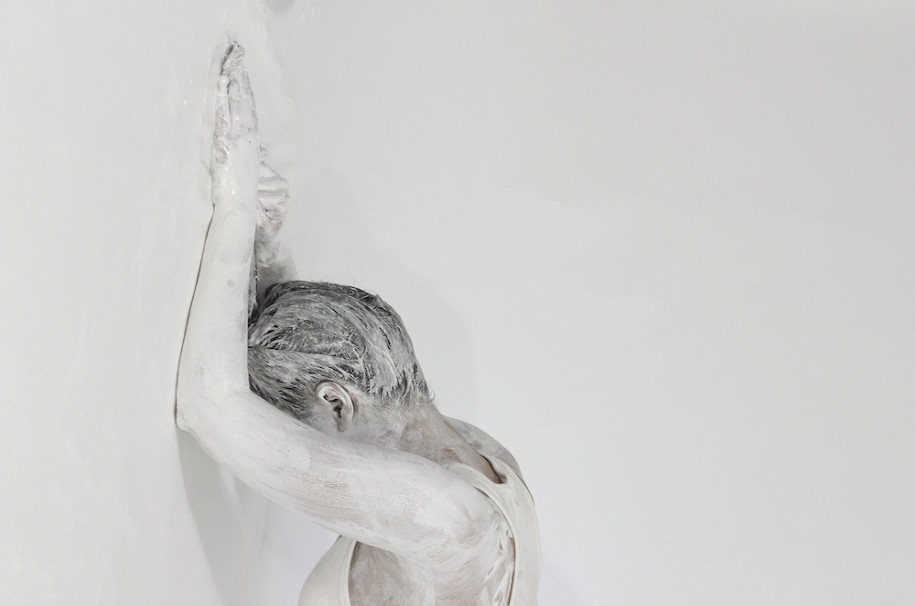 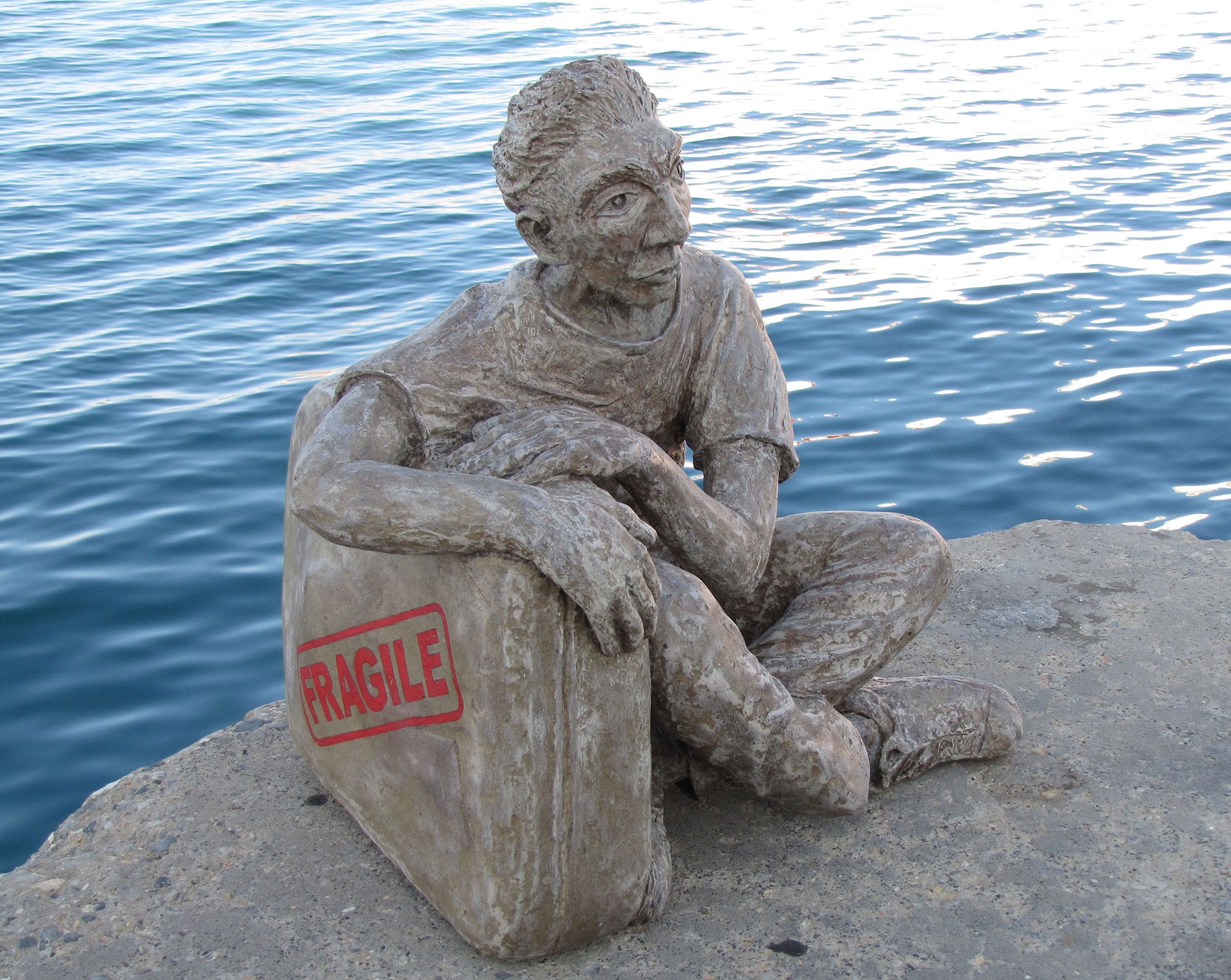 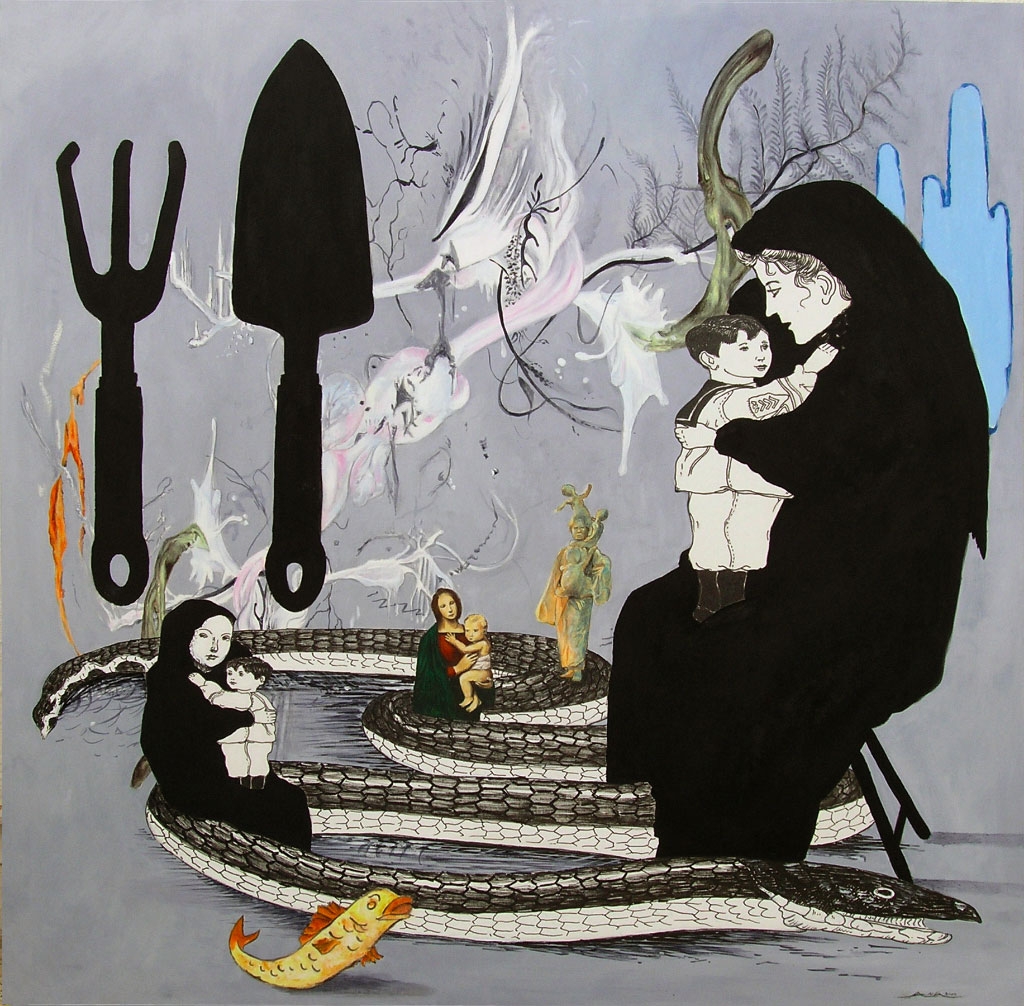 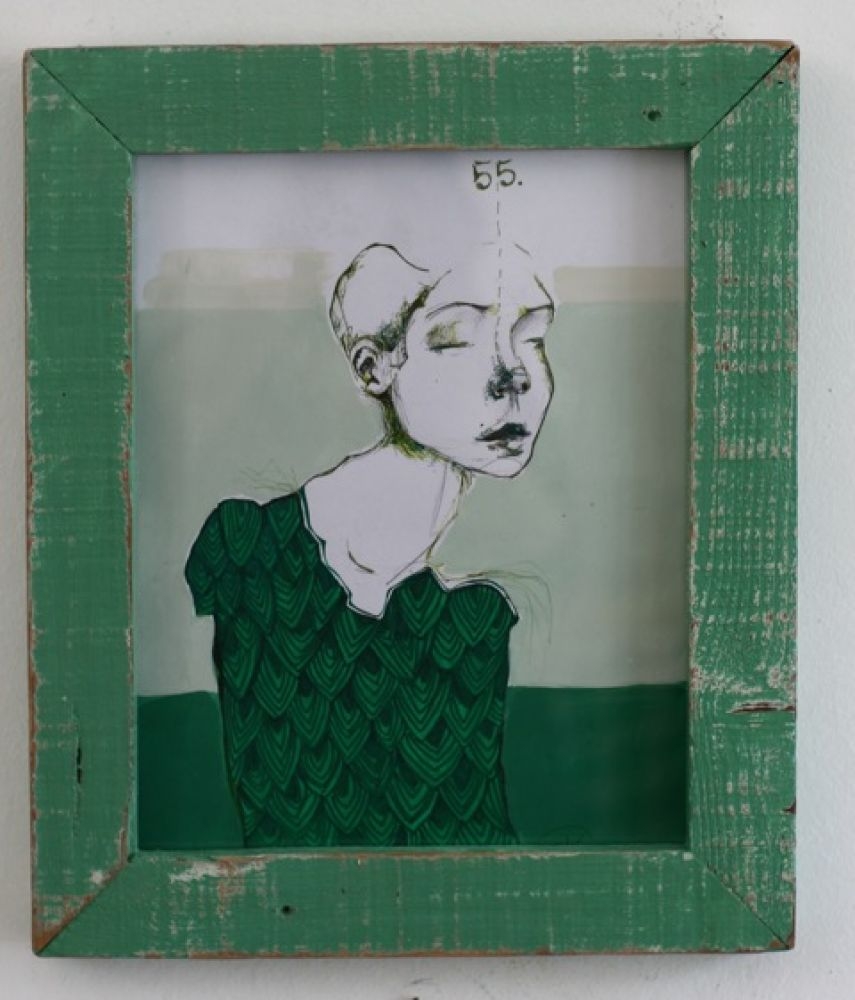