Skip to main content
ABOUT
Phaedra: A dialogue between Euripides and Sarah Kane by Petri Hounta
Living Postcards |
MEET THE GREEKS
| 21 August 2013
Tweet My academic background consists of a five-year Degree in theatre studies from the Aristotle University of Thessaloniki, Greece and a Master’s degree in Performance Research from the Bristol University, UK. Through my studies I gained a unique combination background in research & practice in theatre field. As part of my thesis in my Masters, I organised and ran my own performance by adapting the plays Hippolytus’ of Euripides and Phaedra’s Love of the famous British playwright Sarah Kane. The performance entitled “Phaedra: A dialogue between Euripides and Sarah Kane” is based on the adaptation of the plays of Euripides’ Hippolytus and Sarah Kane’s Phaedra's love, which deal with the same myth: Phaedra is married to Theseus who has a son, Hippolytus, from a previous marriage to Antiope. Hippolytus devoted himself entirely to Artemis, the virgin goddess of the hunt provoking in that way the goddess’s of love, Aphrodite, anger as he despises love. To punish him, Aphrodite compels Phaedra to begin lusting after him. Phaedra decides to end her life when Hippolytus learns about her love for him not bearing the rejection. Before she commits suicide she leaves a letter, in which blames Hippolytus that he tried to rape her. Because of this letter Hippolytus’ punishment comes at the end with his death. The project investigates aspects of the relationship between the freedom of the individual to act and the control and domination by forces outside himself. It also explores how the two playwrights deal with the characters, Phaedra and Hippolytus in terms of their attitudes towards sex and death. The play is set in the contemporary world. Phaedra’s love is expressed as a mysterious and overwhelming force, impossible to resist. Her suicide leads to Hippolytus accepting the tragic fate that arises as a direct consequence of his actions. The performance has already presented successfully on 4th September 2012 in the Wickham Theatre, in Bristol, UK and in the theatre Sala, in Barranquilla Colombia in June and August 2013. This is the first time that I adapt and direct my own play. "When insomnia made endless the raw hours before daylight, I have worked out in my mind why people’s lives come crashing down. I don’t think our failure and suffering can be blamed on our blundering minds. There’s more to it. More people see clearly what is right for them. We understand virtue and are even attracted by it, but we can’t make it, we freeze- because we’re lazy or because we’re distracted, or because we discover a world of pleasures more intense than duty" Euripides. 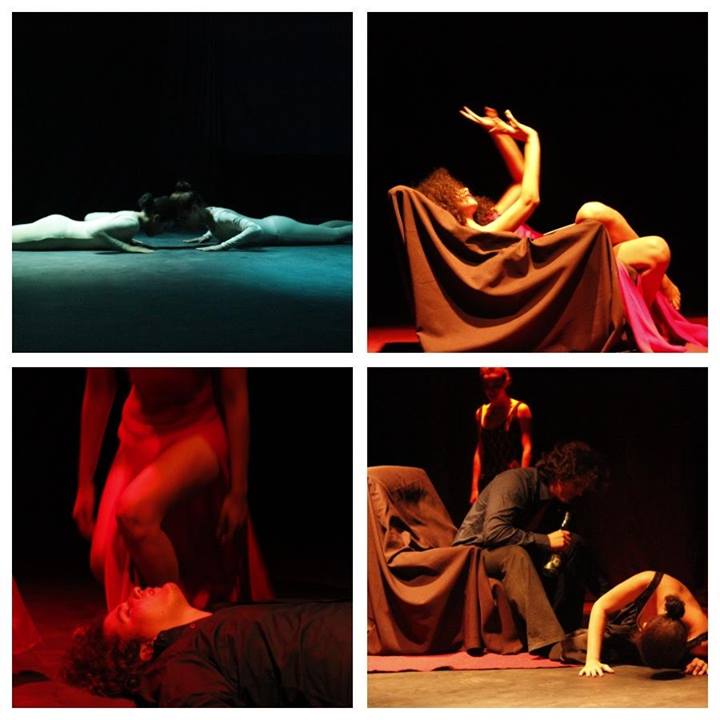