Etten (aka Eleni Tzavara) is a greek singer - songwriter.
She has released two solo albums “Lappuggla” (Inner Ear) and “I know you ‘re behind me but I’m not scared” (EMI/UNDO). Both albums received great reviews and were included in lists of the best albums of the year.
In June 2015 she started a collaboration with Mechanimal as their lead singer.
She is the former singer of “film” with whom they released two albums (“No Luggage” (2003 - Hitch Hyke) and “Angel B” (2007 -EMI)) and toured extensively in Greece and abroad (UK, Spain, Switzerland, Iceland (Reykjavik – Iceland Airwaves), Germany (Berlin-Poppkom Festival), Netherlands (Eurosonic and many more).
She has collaborated with many greek artists such us Lena Platonos, Giorgos Koumentakis, Coti K., Mikael Delta and others

LAPPUGGLA (2012)
Her second album was entitled "LAPPUGGLA" (Inner Ear Records).
Lappuggla is an owl species that lives in the Northern Hemisphere and in many areas is called Phantom of the North. Etten’s “Lappuggla” is wise, observes everything from above and tells tales of the forest and nature in general. Through 11 tracks, the listener discovers that only a thin line separates fairy-tale from reality and the stories of trees, plants and animals do not differ much from those of humans.
“Lappuggla” was created out of Etten’s ideas and continuous experimentations and is entirely her own creation (music, lyrics, production, performance, voices, programming, recording). Along with the inspiration and imagination she drew from the magical world of nature, always guided by Lappuggla, she started working on electronic elements and rhythms and for the first time with particular instruments that she was interested in, like the dulcimer, the harp, the hang drum and others. Working on this idea Coti K., constructed two new instruments “Diapandos” and “Diameson”, which belong to the dulcimer family, were used in the recordings of “Lappuggla” and live appearances. The album was recorded in Sweden, Tinos and Lemontree Studio in Athens.
Finally “Lappuggla” is artistically complete through the extraordinary paintings of the painter Eleni Glini (created especially for the cover and the booklet of the cd), the symbols designed by Etten herself and the unique packaging designed by db.

“I KNOW YOU ‘RE BEHIND ME BUT I’M NOT SCARED” (2009)
Etten’s first solo album was produced by Coti K. (9 tracks) and Mikael Delta (2 tracks). received great reviews, and Etten and greek artist H.O.P.E. shared an EVGE Award (National Awards for Graphics and Illustration) for the cover illustration of the album in April 2010.
The main concept of the album was to construct a melodic world of electronic elements, play a bit by changing voices and thus create an environment that’s strong and sensitive at the same time. The title is actually a “mantra” like phrase that Etten used to tell to her self when she was a kid walking home through a small park full of trees making weird shapes. She would imagine all sorts of weird monsters looking at her or even following her steps.

Etten (aka Eleni Tzavara) is involved with music and singing since the age of five.
She has written music for art exhibitions and dance theatre and she has participated in theatrical performances.
In January 2012 she participated as a composer-singer of the songs and as a performer in the theatrical production of “The Silent Step of the Bear” at the Upper Stage of the Onassis Cultural Centre. The music was composed by Giorgos Koumendakis and the play was directed by Angelos Frantzis.
In parallel with music she is involved with nature photography and design, has studied graphic design and has worked on costume design, styling and design-construction of theatrical costume. She is the owner and designer of en vit ekorre, one brand that is based on recycling-remaking clothes, jewelery, objects etc for ecological and creative reasons. The items are available in Athens and Stockholm. 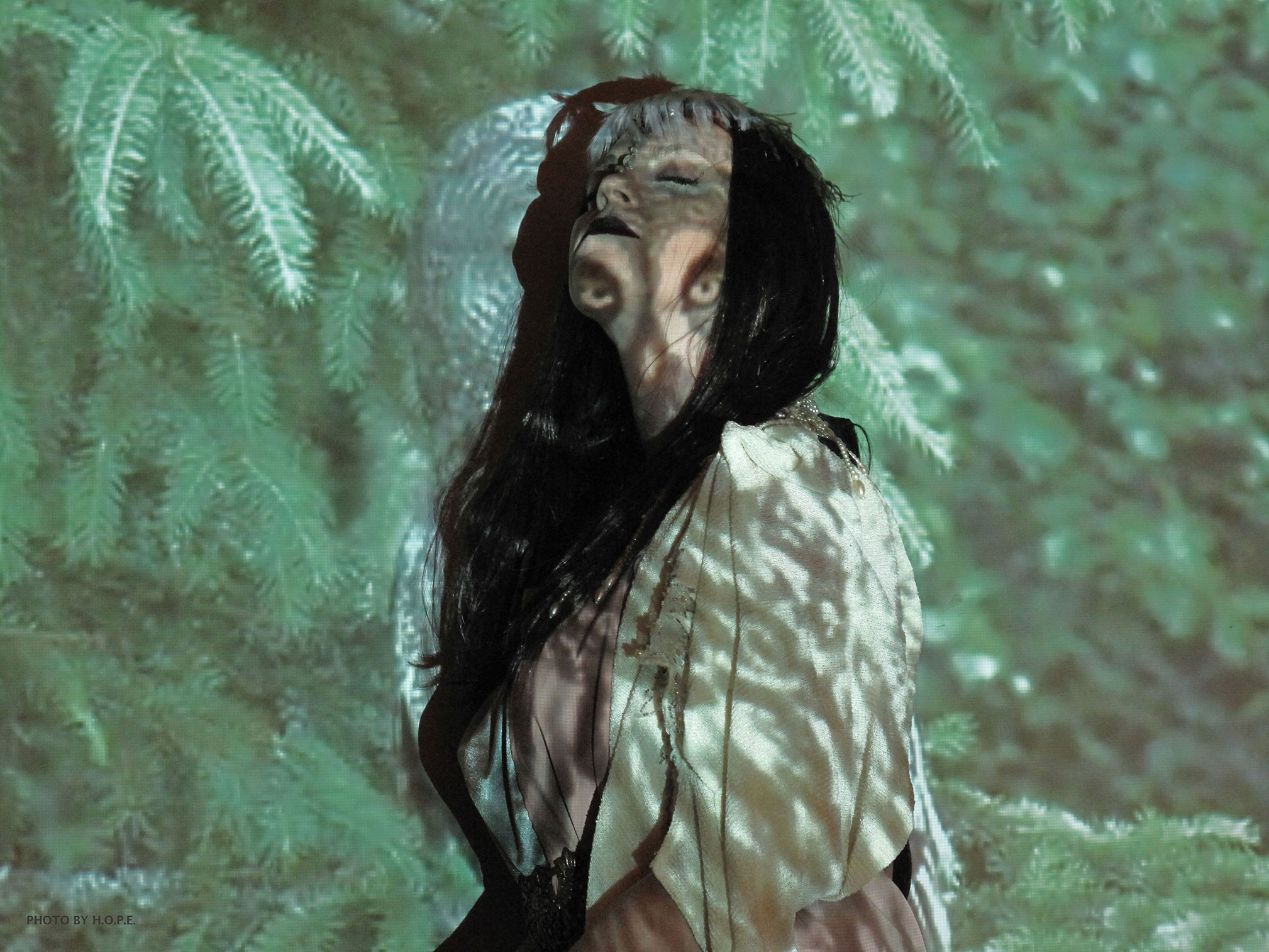