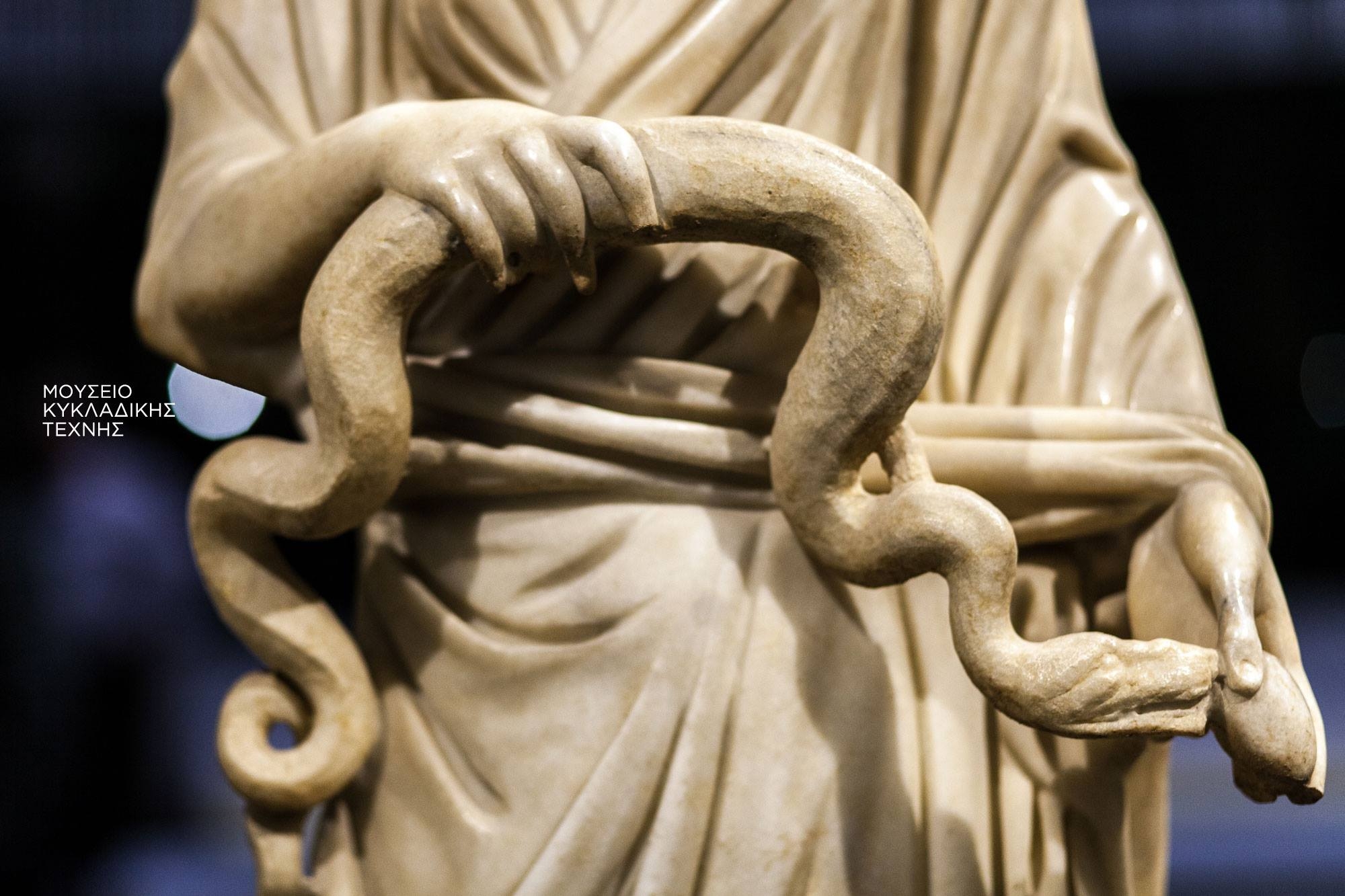 The Museum of Cycladic Art is dedicated to the study and promotion of ancient cultures of the Aegean and Cyprus, with special emphasis on Cycladic Art of the 3rd millennium BC.

It was founded in 1986, to house the collection of Nicholas and Dolly Goulandris. Since then it has grown in size to accommodate new acquisitions, obtained either through direct purchases or through donations by important collectors and institutions.

Nicholas and Dolly Goulandris started collecting archaeological objects at the beginning of the ‘60s, after being granted official permission by the Greek state. The collection soon became renowned among scholars because of its exquisite and rare Cycladic objects (marble figurines and vessels), which were published by Prof. Christos Doumas in 1968.

The collection was first presented at the Benaki Museum in 1978. Between 1979 and 1983 it traveled to major museums and galleries around the globe: the National Gallery of Washington in 1979, the Museum of Western Art at Tokyo and Kyoto in 1980, the Houston Museum of Fine Arts in 1981,  the Musees Royaux d’Art et d’Histoire and the Palais des Beaux Arts at at Brussels in 1982, the British Museum at London in 1983 and the Grand Palais at Paris in 1983. In recent years, Cycladic objects from the N.P. Goulandris Collection have been presented at the Museo Nacional – Centro de Arte Reina Sofia in Madrid (1999),

A few years ago, an exhibition of the collection was inaugurated by the President of the Hellenic Republic Karolos Papoulias in the Musei Capitolini in Rome (2006). In 2008 the Museum of Cycladic Art was invited for the Olympics in Beijing to present the Cycladic Collection in the Beijing Art Museum, Imperial City in the Chinese capital.

Recently, an archaeological exhibition entitled: Across-The Cyclades and Western Anatolia during the 3rd millennium B.C. was organised in collaboration with the National Archaeological Museum and the Sakip Sabanci Museum at the latter in Istanbul.

The MCA was inaugurated on 26 January 1986. Dolly Goulandris donated the entire N.P. Goulandris Collection to the museum, where it has been on exhibition ever since. A few months earlier, in 1985, the N.P. Goulandris Foundation had been instituted, whose stated mission is “the study of Aegean civilization, research on prehistoric, Classical and modern Greek art, as well as its dissemination and promotion”. These goals are being fulfilled through the effective maintenance, presentation and continuous enlargement of the collection, the temporary exhibitions, the publication of monographs and catalogues, the provision of scholarships for research purposes and the participation in international research projects.

Since 1986 the MCA has enlarged its collections with new acquisitions, purchases from other private collections in Greece, donations and long-term loans. In some cases donors, both individuals and institutions, have offered the entirety – or a large part – of their collections to the MCA. These collections (C. Politis Collection, Athens Academy Collection, Commercial Bank Collection) have been incorporated into the major thematic units of the museum. In 2002, the Cypriot collector Thanos N. Zintilis donated to the MCA one of the largest collections of Cypriot antiquities in the world. 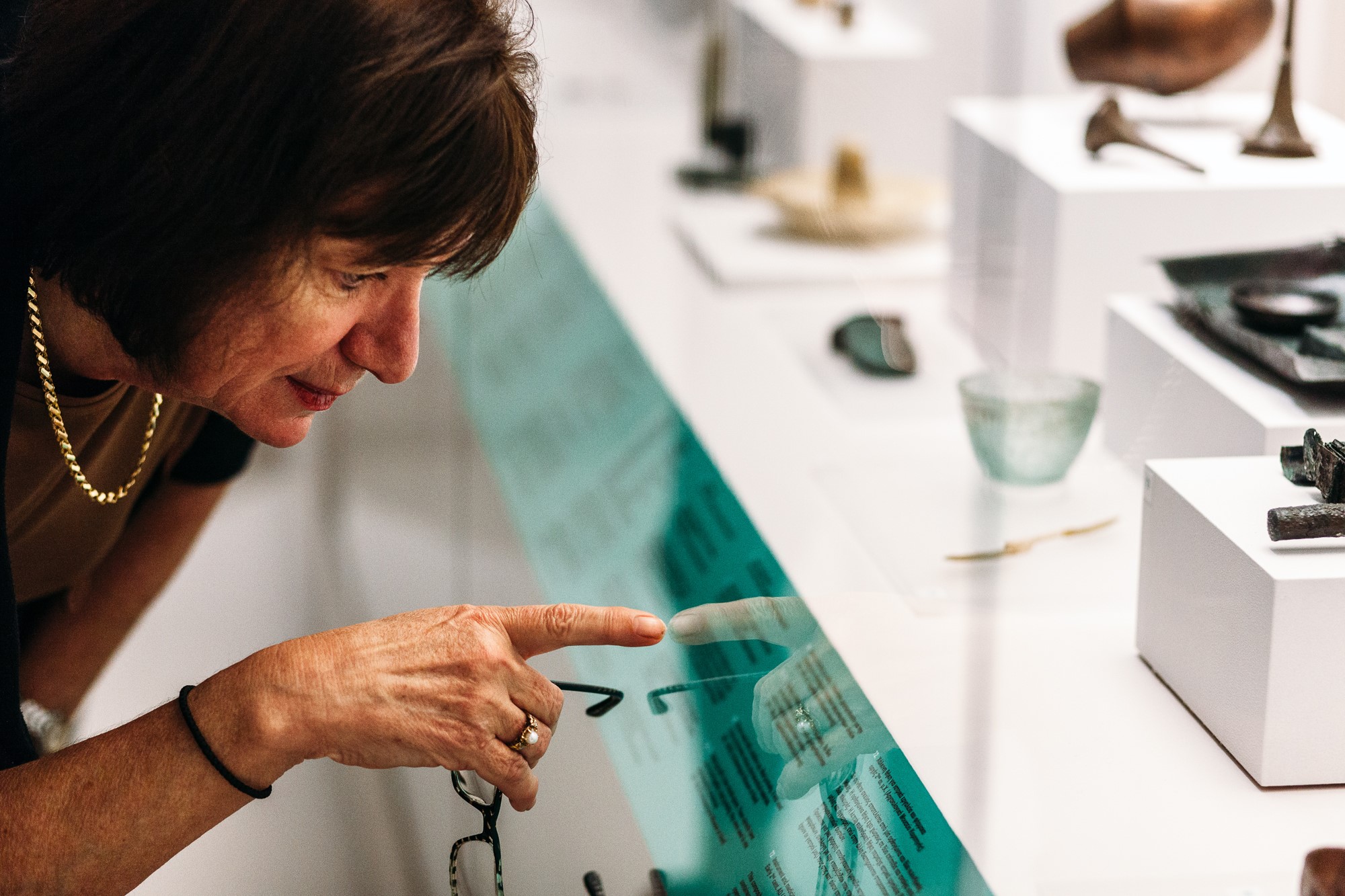