I paint because of a constant craving in my guts that won't go away unless I'm holding brushes of blended oil paints while a hint of turpentine drifts in the air. I've never questioned this feeling nor tried to rationally explain it, but I do know that it paves the way to a personal, yet surreal world, where anything is possible.
For as long as I can remember, I’ve always been drawn to magic markers and colored pencils and, as a kid, would escape for hours doodling in sketchbooks. I never sought out to be an artist, but early on it became clear that art was kind of following me around! My teenage years were characterized by an utter devotion to comic books and loud rock music. While growing up in the 80’s, I was fortunate enough to witness some amazing art that seemed to dominate the cover sleeves of vinyl records. I would immerse myself in them and attempt to paint my own themes for imaginary bands.
Although most of my creative ideas spur from a subconscious plane, I find myself fascinated by elements that seem to be in contradiction with one another. Strange animals, religious references, popular culture symbols and in particular the female form, are often blended into my work. Odd things seem to capture my interest and, in one form or another, usually make their way onto my canvases.
Through this process, equally as important, is an inner need for self-expression in an attempt to capture mood with brushstrokes. Whether my characters take on the part of scandalous chiquitas or femme fatale seductresses, there is always a sense of mystery being cultivated. I guess that deep down inside, painting is actually an excuse for me to be curious, silly or defiant, and cause mischief whenever I can. In essence, it’s my “free entry” pass to view the world through a kid’s eyes and reflect on the little things that us grownups tend to overlook.
This is the world my paintings describe – a world of endless possibilities and a curious amalgam of the unorthodox and familiar. 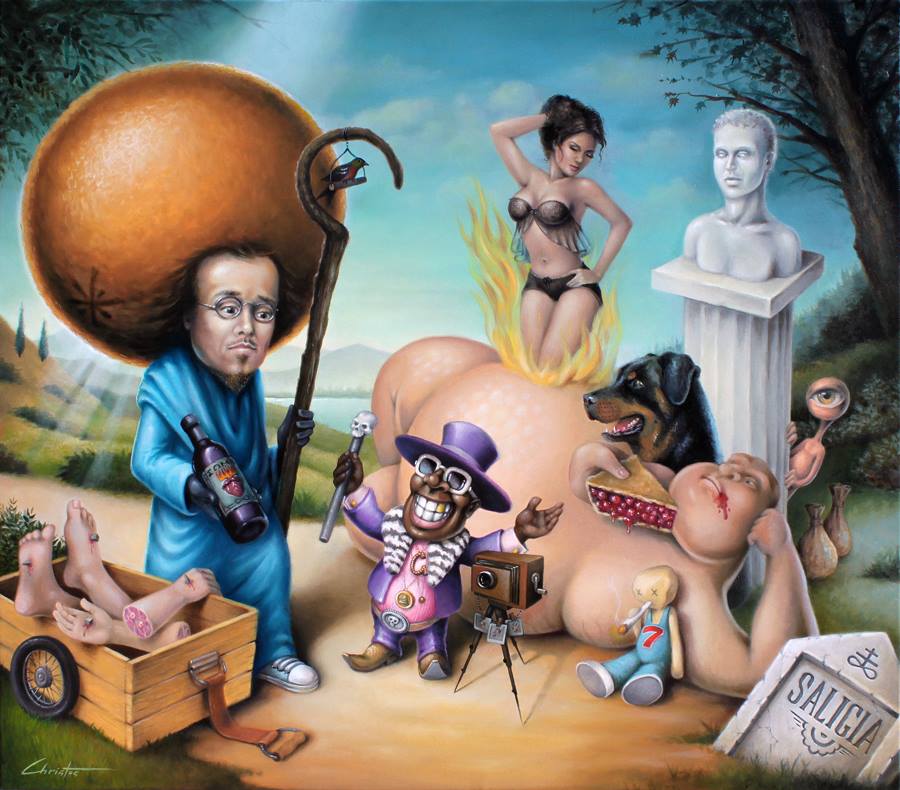 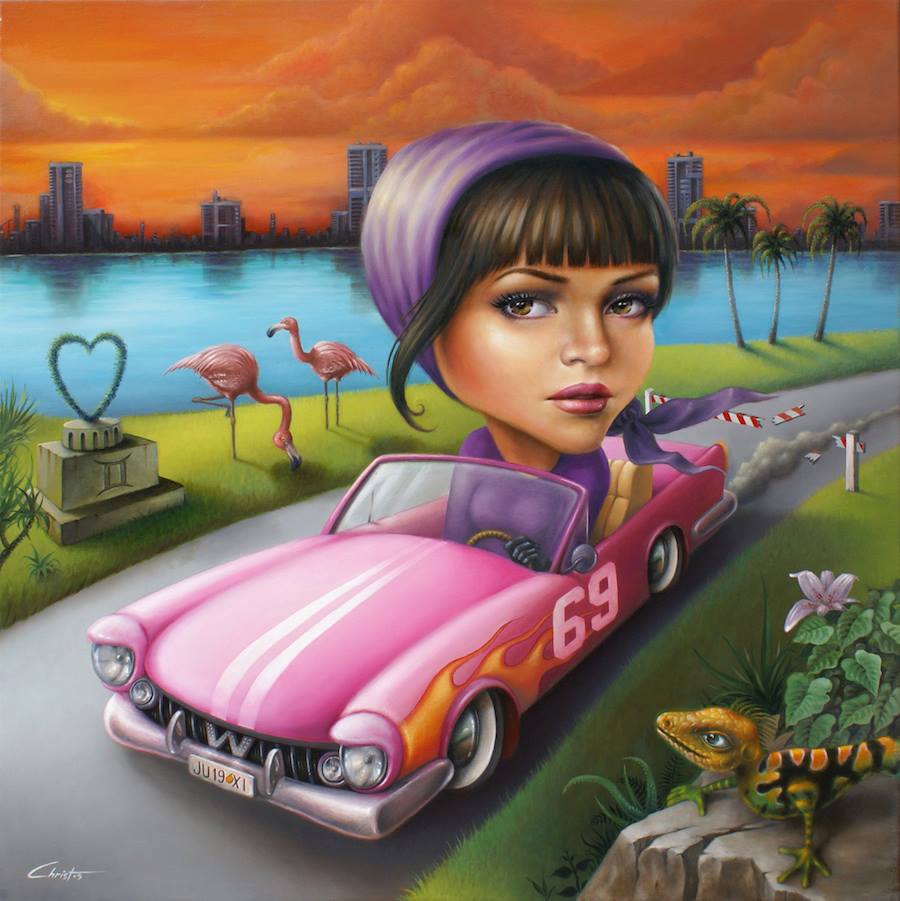